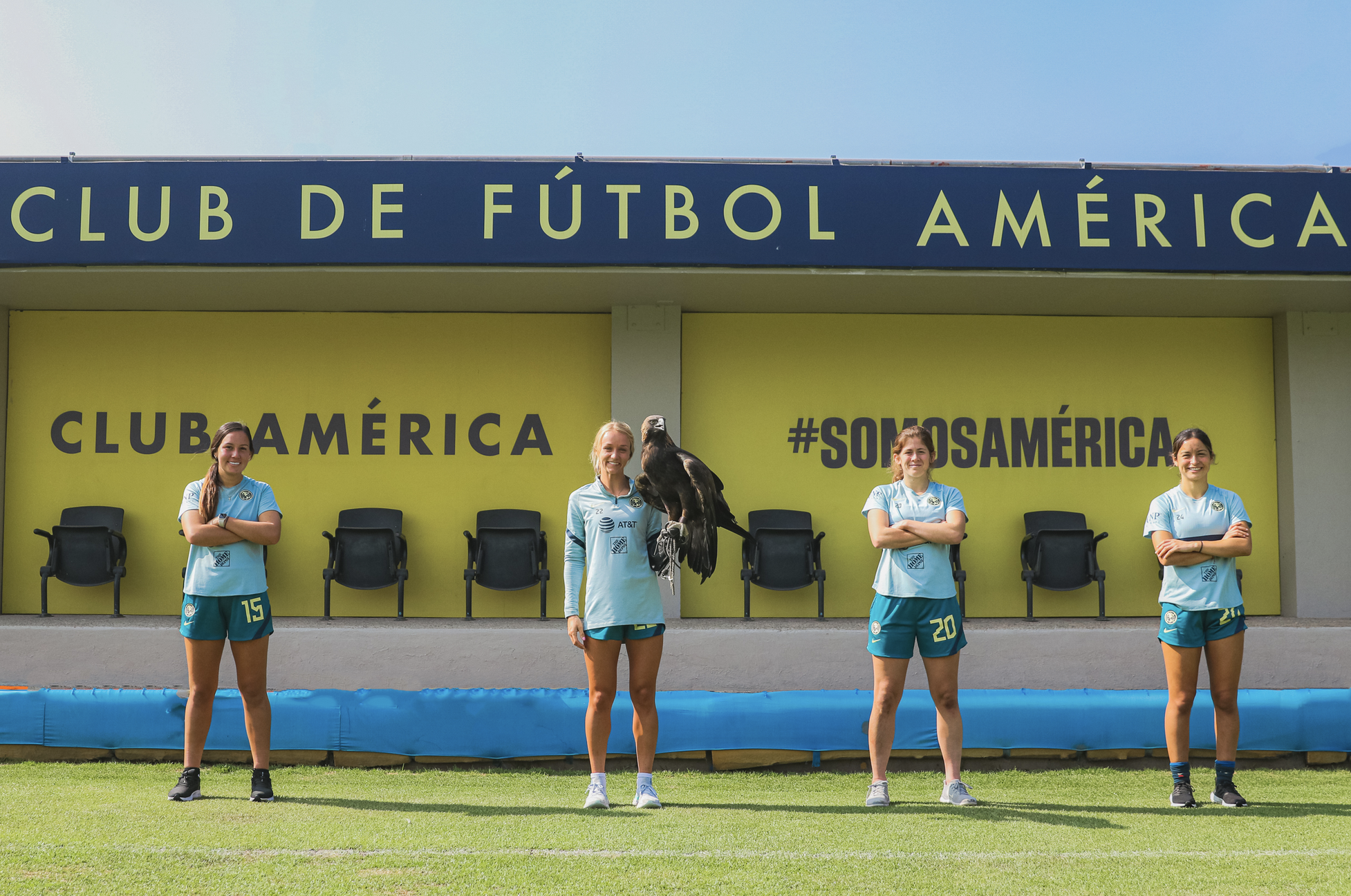 As we get set to kick off the tenth season and fifth year of Liga MX Femenil action, it feels like so much has transpired since Rayadas was crowned AP21 champion less than one month ago. Lots of moves, lots of new signings and plenty of speculation about what’s to come starting this weekend.

We decided to break down our introductory piece with rankings of how the offseason and preseason went for specific teams and how each one ranks according to their specific sections. You might disagree, you might agree. The most important thing is you’re reading this piece and at least have an opinion on the Liga MX Femenil.

Basically, teams that realistically will have a decent chance at a title run.

Number of Titles So Far: 1

While America Femenil has always been known for releasing and signing players at staggering rates season after season, the Harrington era of movement feels much different than the one under Cuellar. And this offseason, America Femenil were certainly busy. They not only kept their playoff superstar in Sarah Luebbert but also signed Katty Martinez from Tigres Femenil and Clausura 2021 golden boot winner Alison Gonzalez from Atlas Femenil. Not to mention adding recent college graduates Scarlett Camberos, Nicki Hernandez and Kimberly Rodriguez to their roster. America’s constant influx of players always felt to hinder the start of their seasons but with so many experienced players coming in, it might not take long for this squad to find their form and fight for a title.

Number of Titles So Far: 4

Despite losing Katty Martinez and Maria Sanchez, Tigres Femenil was the first to kick-off the new player announcements with the addition of Nigerian international Uchenna Kanu. Granted, there hasn’t been too much movement since that announcement and the departures of some of their attacking sides but depth has always been Tigres’ strong suit, leaving them in second place for the rankings.

Number of Titles So Far: 1

Another rebuilt year for Chivas? Doesn’t look like it. Chore Mejia – who led them to their first Liga MX Femenil final since 2017 – announced his resignation just shortly after the season ended, with Chivas Femenil announcing Juan Pablo Alfaro as the team’s new head coach. So far, Alfaro has been one of the few new “signings” the team has announced. Historic player Tania Morales said goodbye to the team to head to Cruz Azul and physical trainer Mario Dominguez was also announced as a departure during a press conference on Tuesday. However, while the lack of flashy movement compared to their counterparts would be worrisome for another team, it is the consistency that keeps Chivas a favorite. Licha Cervantes – who ended the year as the Maximum goalscorer of the league for the calendar year and the Apertura 2022 Golden Boot Winner – extended her contract until 2024 alongside Jacqueline Rodriguez and winger Joseline Montoya (Montoya only extended until 2023). A new coach might bring his own flair, but Chivas’ foundation is set outside of who leads them; a good combination of old and new should help them going into this new season with the same dominance they’ve grown to have.

Number of Titles So Far: 2

Remember, this is about offseason movement and since winning their second title in late December, Eva Espejo and her side have mostly been quiet. Still, as far as title contenders go, they still should be included in the conversation.

These are Liguilla-worthy teams that have huge potential to make the playoffs but aren’t exactly fighting for the title.

After qualifying to the playoffs for the first time in league history, Cruz Azul took their offseason very seriously. Losing to Tigres 8-0 was expected but it doesn’t seem as though the team is looking to replicate a scoreline like that heading into the new season. Bringing in a very experienced player like Tania Morales who isn’t quite ready to finish her professional playing career just yet will definitely help create confidence in a growing team. She’ll be accompanied by quality talent Paola Lopez, Diana Garcia, Gaby Alvarez, Ana Gaby Lozada and Renata Huerta. It’s unclear what exactly Carlos Roberto Perez is doing in his second season but it’ll be exciting to find out.

Xolos Femenil had an underrated season. They went undefeated in the playoffs, being eliminated only because of league standings. They go behind Cruz Azul because of all the signings Cruz Azul has made but two liguilla appearances, the most recent one being their strongest, definitely leaves those following wanting more. While there was some speculation about Renae Cuellar leaving, it looks like she’s staying put and alongside Angelina Hix, their offense will remain strong.

Somewhat unfair to put them ahead of Pachuca but in the spirit of offseason moves, Pumas gained the upper hand as the team welcomed their first set of foreign-players in Aerial Chauvin and Stephanie Ribeiro to help their offense. They haven’t seen anything past the quarterfinals in Liguilla throughout their history but with experienced players like Marlyn Campa, Dinora Garza and Fabiola Santamaria among others, returning back to it will be key going into this season.

It might be too soon to be saying they’ll qualify for the playoffs and not fight for the title but Pachuca has faced some real ups and downs for the last calendar year. Toña Is left the squad unexpectedly and full-time replacement Octavio Valdez was only recently announced. That’s not to say Pachuca isn’t a powerful force. There’s a pool of talent from Charlyn Corral, Monica Ocampo, Viridiana Salazar, Norma Palafox, Natalia Gomez Junco and Lucero Cuevas; not to mention newly signed Daniela Arias. The goal for Pachuca will be consistency and if they can find that, they’ll be an absolute threat.

Santos comes in last place of the playoff contender due to lack of any movement. No one has joined but no one has left. And for Santos, that might not be a bad thing. Whatever worked last season should continue under Jorge Campos. He doesn’t only have a strong defense under Nicole Buenfil but has a dangerous growing attacking side with the likes of Cinthya Peraza and Alexia Villanueva. We’ll find out whether it’s worth not fixing if it isn’t broken.

It’s hard to fully understand how Juarez Femenil will perform this season but one has to admire the efforts they’re putting forth entering this next season. They recently announced a restructuring within their organization that would see the femenil side be completely independent from the men’s team — including new uniforms specifically designed for the femenil team (the first of its kind in the league). The team also signed Paulina Solís (Pachuca), Andrea “Chata” Hernández (Rayadas), and Susana Romero (Rayadas), three experienced players to help with the growth of the team.

Team It Feels Like Not Much Effort Was Given:

The offseason didn’t feel very strategic and while their standings may vary from week to week, the chances of getting into the playoffs don’t seem high.

This is the only team that feels like it lost a lot and gained very little. Hit by the departure of Fernando Samayoa as head coach followed by Alison Gonzalez’s signing with America Femenil, Atlas Femenil’s two main pillars are now gone. No real whispers when it comes to signings though that’s not uncommon for Atlas. Where will they go from here? How rough will this season be? I’m not quite sure I want to find out.