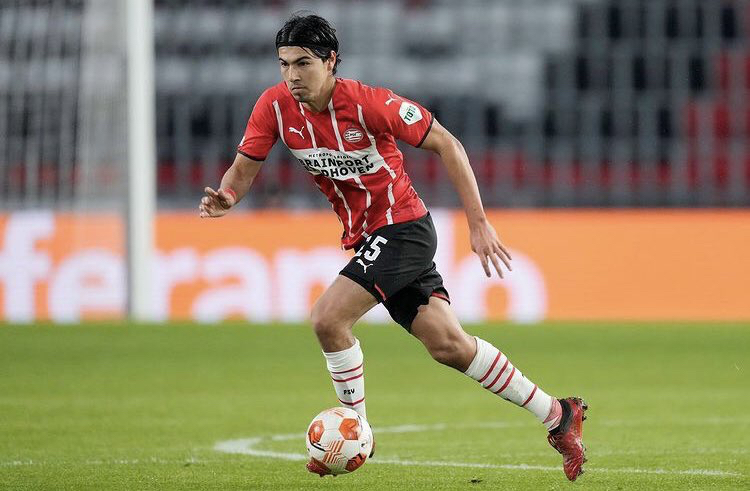 FutMexNation here to bring you an update on our favorite El Tri players abroad.

Another solid start this weekend for Erick Gutierrez and PSV as they took down RKC Waalwijk 4-1, keeping PSV in first place with 40 points followed closely by their rivals Ajax, who have 39 points. ‘Guti‘ continues to show why he deserves to get a shot at the upcoming qualifiers next month, completing 74 passes along with a 91 percent accuracy and went the full distance playing all 90 minutes. He also had a shot on target in the 80th minute that went off the post. Guti’s tremendous season continues which hopefully puts his name high up on the list for the upcoming qualifiers. Guti and PSV have one more game left for the year, where they take on GO Ahead Eagles on Wednesday, December 23rd before taking a winter break and returning on January 16th.

Someone else who has continued to improve throughout the course of the season is Nestor Araujo. Going from a substitute to starting, Araujo has been playing at a really good level and if he continues this pace, he will bring stability to El Tri’s defense. Celta would go on and defeat Espanyol 3-1 on December 17th where Araujo went the full 90 minutes against Espanyol, winning three duels, two on the ground and one aerial. He also managed his touches properly, had fifty-seven precise passes and an 87 percent accuracy with his passes. Currently Celta find themselves in 12th in La Liga, and they will go on break next week and will return to play on Sunday, January 2nd against Real Betis.

Wolves 0 – 0 Chelsea ( Raul Jimenez played 89 minutes, was substituted for Franciso Trincao. Raul had 22 precise passes and a 78% pass accuracy. Along with one key pass and 9 duels won. This is Raul’s fifth straight game without registering a shot on target.)

Feyenoord 0 – 2 Ajax ( Edson and company win el Klassieker putting them one point behind PSV. Edson played the full 90 minutes and had a solid game. Including one key pass, four interceptions, two clearances and two blocked shots. Along with 41 precise passes and a

AC Milan 0- 1 Napoli ( Chucky played 77 minutes in Napoli’s victory, their first victory in Serie A since November 28th. Chucky was replaced by Matteo Politano, however a very efficient game from Chucky where he had one shot on target three clearances and one interception. Winning a total of five duels and he had a 94 % pass accuracy with only 36 touches.)

Lazio 3 – 1 Genoa ( Johan Vasquez played the full 90 minutes in Genoa’s loss. Genoa currently sit in 18th place with only 10 points. Johan had four clearances along with three interceptions and was booked in the 60th minute. Johan had 71 precise passes and a 92% passing accuracy.)

Sevilla 2 – 1 Atlético Madrid ( Hector Herrera did not participate in the match and watched from the bench.)

Athletic Club 3 – 2 Real Betis ( Andres Guardado was not included in the squad to travel to Bilbao, Diego Lainez was but did receive any playing time and watched from the bench.)

Vizela 0 – 4 Porto ( Tecatito played 31 minutes as he entered in the 59th minute for Luis Diaz. He had 16 precise passes with a 85% passing accuracy. He also had one key pass and won a duel and had one clearance.)