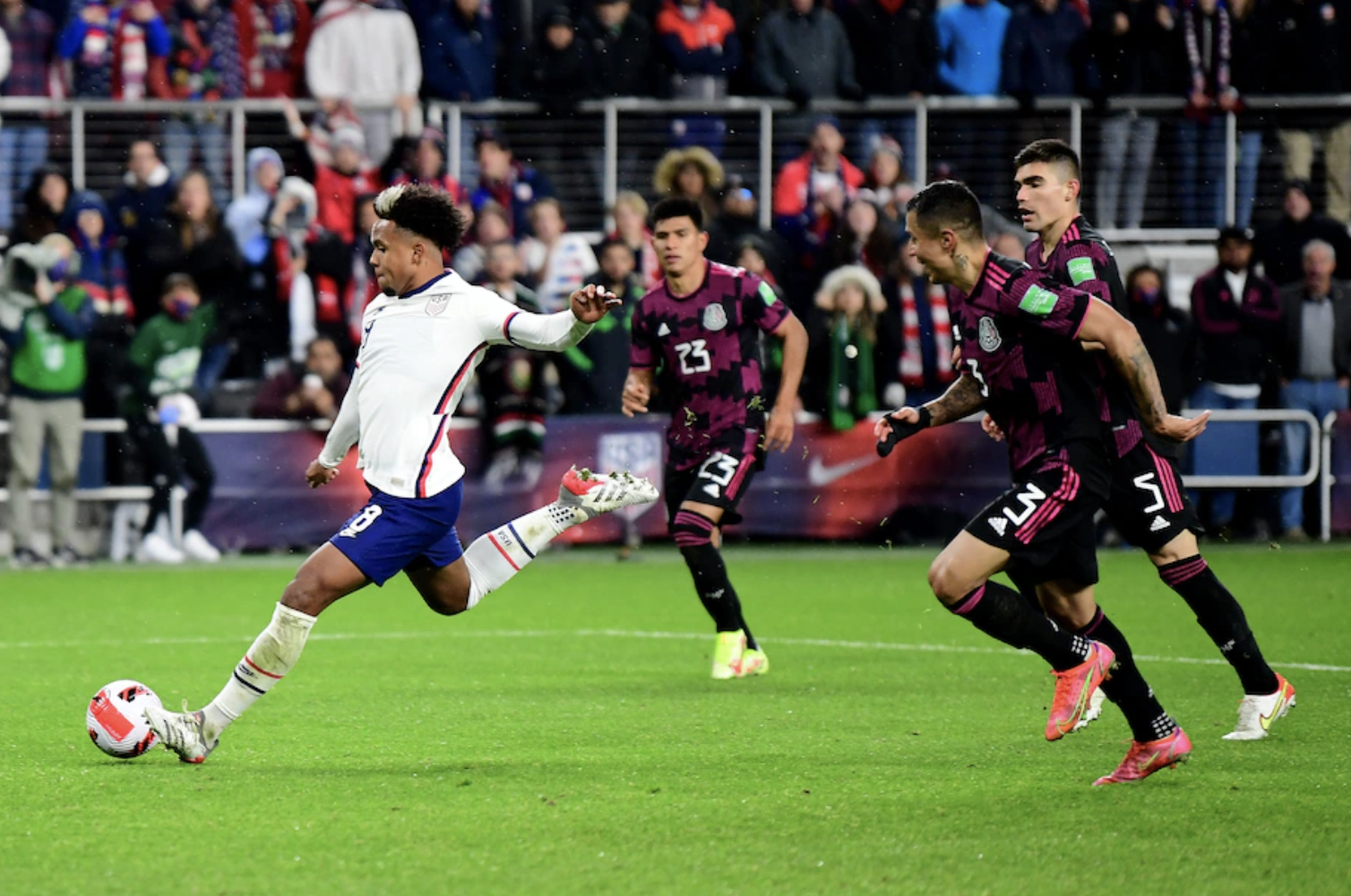 The man in the mirror made the difference, and now Mexico must have a long, hard look at themselves. Christian Pulisic’s headed winner and subsequent celebration was the perfect riposte to Guillermo Ochoa’s semi-controversial pre-match comments, which clearly rankled with Gregg Berhalter’s boys. Mexico are a model for no one at the moment, much less a Stars and Stripes side that are starting to make the most of the talent at their disposal.

If the “dos a cero” score line brought a familiar feeling of disappointment for fans of El Tri, the way the visitors were overrun by their hosts in the second stanza was a novelty. Rather than relying on set pieces and stout defending to claim another conquest of their regional rival, the United States showed that they can now blend skill and steel when the chips are down.

Their ability to produce pretty passing patterns while still dominating the “dark arts” was particularly evident in midfield, where Berhalter’s baby-faced trio controlled proceedings against their more experienced counterparts. Although Edson Álvarez came out of a chastening evening with some credit, Héctor Herrera never got a grip on a game that passed him by.

The Atlético Madrid man’s lack of minutes at club level are becoming a real worry, but he’s not the only key player in Martino’s setup that is struggling for game time. Tecatito Corona has been on the periphery for Porto this campaign, and he failed to make his mark under the Friday night lights.

It was the 28-year-old who passed up on Mexico’s best opportunity of the first half when he couldn’t get a clean connection on a perfectly lofted pass from Chucky Lozano. Wayward finishing was a major reason for the pair of summer setbacks against the northern neighbor, and a lack of cutting edge reappeared at TQL Stadium.

El Tri couldn’t capitalize on their chances, but they can have no complaints about the result. After Panama’s stunning comeback against Honduras, Tuesday’s Canada clash has become even more important for “Tata’s” team.

There are suddenly four sides within three points of each other at the top of the octagonal table, and no one will want the playoff place. Mexico still have work to do in order to book their ticket to Qatar, but the bigger question is whether they are capable of making waves in the Middle East.

Reaching the mythical quinto partido is the stated aim, but it’s hard to see El Tri doing that for the first time since 1986 on current evidence. There are too many question marks surrounding Martino and company, and the calls for the coach’s dismissal reached a crescendo in the wake of last night’s setback.

“Tata” will almost surely keep his job provided Mexico stay on course for Qatar, and a coaching change would not resolve the deep-rooted problems plaguing the Mexican game. As the northern neighbor enjoys a golden generation of talented tyros, more must be done to facilitate the production of young players South of the border. Otherwise, the superiority of the United States will only grow.