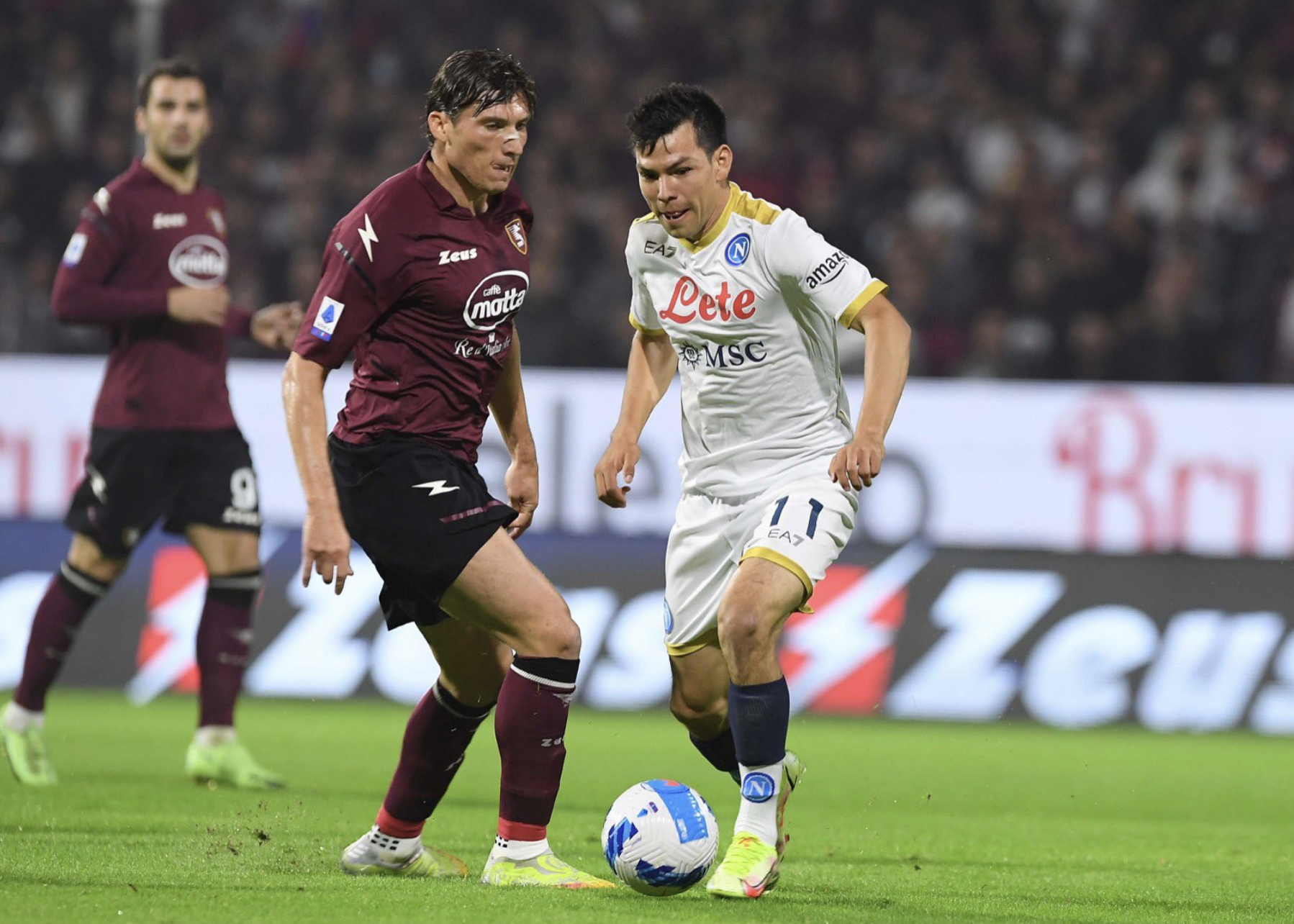 FutMexNation is here to bring you your weekly updates about our Mexicans Abroad.

It was a spooky matchday for ‘Chucky’ Lozano and Napoli this weekend as they took on Salernitana in the Campania Derby in during Week 11 of Serie A action. Napoli came out with a hard fought 1-0 victory, keeping them at the top of the league with AC Milan closely behind them. ‘Chucky’ was a starter the match and played 60 minutes, generating 43 touches with a 79.2% accuracy on his passes along with three shots and one interception. He was substituted for Eljif Elmas. Napoli are currently in first place with 31 points and will travel to Poland on Thursday to take on Legia Warsaw in European competition. They then return back to Italy and take on Hellas Verona at home next Sunday.

Atletico Madrid 3 – 0 Real Betis ( Hector Herrera played for 10 minutes as he entered as a substitute in the 84th minute for Angel Correa, Andres Guardado started and was substituted in the 78th minute, and Diego Lainez did not see action and spent the game on the bench)

Genoa 0 – 0 Venezia (Johan Vasquez started and played all 90 minutes, had two clearances and a 87.8% accuracy on his passes)