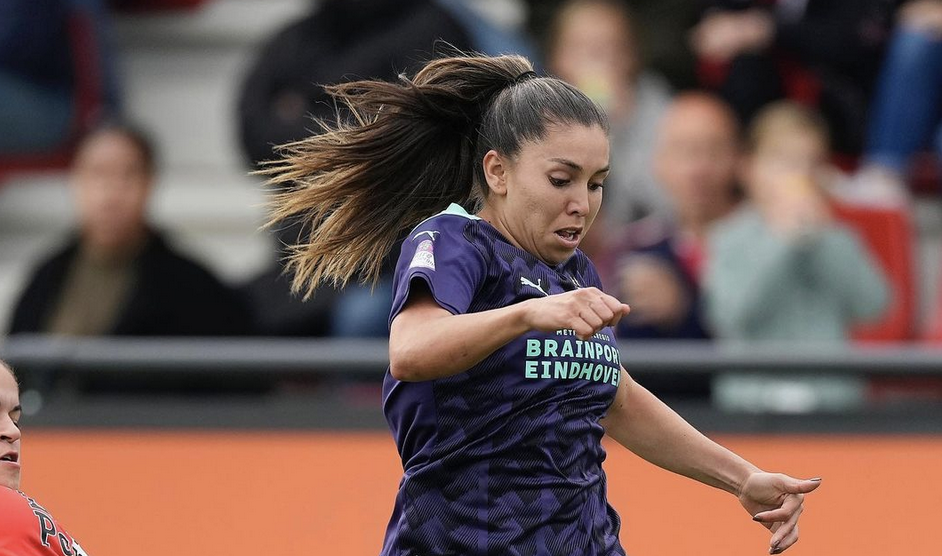 Our Mexicans Abroad have had a complicated week of action as some saw very little playing time while others prepare for the upcoming international break. Some of highlights from Week 32:

Anika Rodriguez played all 90 minutes as PSV lost 2-1 to Feyenoord. With the loss, PSV sinks to fifth place with 10 points, tied on points with Twente and Ajax, one behind second place Feyenoord, and three behind first place PEC Zwolle. PSV hosts  VV Alkmaar on Sunday, October 31st.

Pamela Tajonar played all 90 minutes in goal as Villarreal lost to Athletic Club Bilbao 2-1 on Sunday, October 17th. Villarreal are in 14th place with just four points on the season, tied with Sporting Huelva, Real Madrid, and Valencia, two points behind Eibar and UDG Tenerife, and 17 behind first placed Barcelona. Villarreal  are away at Atlético Madrid on Sunday, October 31st.

Katie Johnson played 68 minutes, contributing three shots and a shot on goal as the Chicago Red Stars defeated Kansas City 2-1 on Sunday, October 17th. Chicago is in fourth place with 35 points, one behind the Washington Spirit and three clear of the Houston Dash, who are in the sixth and final playoff spot. Chicago will head to Florida to take on the Orlando Pride on Friday, October 29th.

Karina Rodríguez was an unused substitute as the Washington Spirit beat the OL Reign 2-0 on Saturday, October 16th. Jimena López was not on the game day roster for the Reign, who are still in second place with 39 points, four behind first place Portland and three over the third placed Spirit. The Reign will head to Kansas City to face the eponymous team on Saturday, October 30th while the Spirit host the Houston Dash on Sunday, October 31st.

Sabrina Flores was not on the game day roster as Gotham FC downed the North Carolina Courage 3-0 on Sunday, October 17th. Gotham in fifth place with 32 points but have two games in hand on most teams in the league, including every team in the top eight. They’ll play Kansas City away on Friday, October 22nd and host Racing Louisville on Sunday, October 31st.