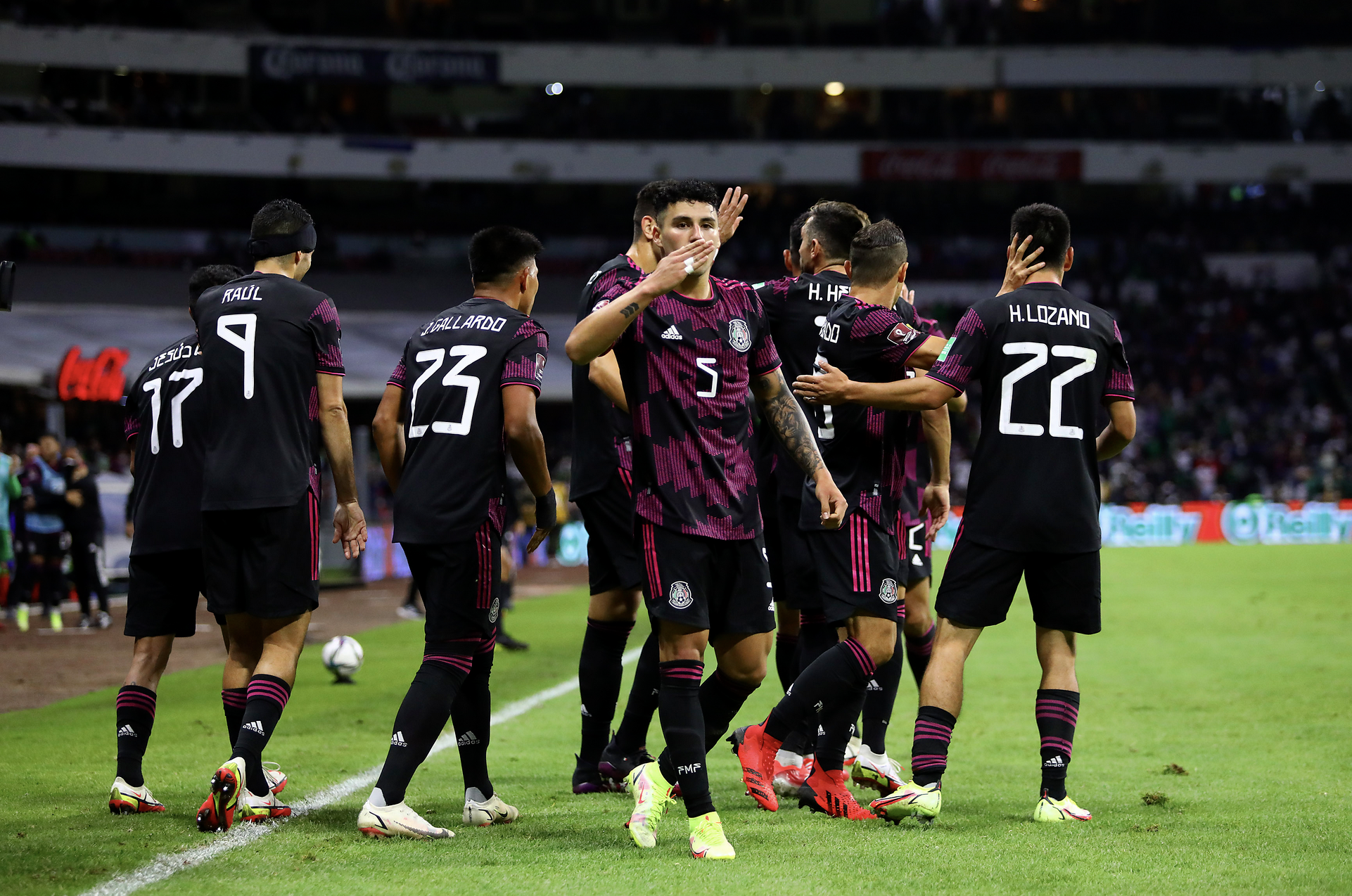 The trident is back, but they couldn’t bring a glut of goals for Mexico. The reunion of Hirving Lozano, Raúl Jiménez and Jesús Manuel “Tecatito” Corona in the starting lineup after nearly eleven months apart stoked belief that a stale attack could be brought to life, but the same old offensive issues appeared at the Azteca.

It’s difficult to score goals if your attackers aren’t put into promising positions with requisite regularity. That was the major problem during the September qualifiers, with the criticism leveled at Rogelio Funes Mori for his wayward finishing obscuring the fact that he was presented with only two clear-cut chances against Jamaica, Costa Rica and Panama.

Jiménez was always going to take the Monterrey man’s place upon his return to the fold, and the Wolves number nine showed his wide range of skills when setting up “Chucky” for a chance that the winger skied over the bar in the 18th minute. The Napoli star soon made up for that miss with a brilliant assist for Jorge Sánchez to open the scoring, but the clear-cut opportunities were few and far between from there on.

Having a terrific trio of forwards is a massive boost for Gerardo Martino, but they cannot be expected to win every game on their own. A midfield capable of supplying them with penetrative passes is a must, and that department flattered to deceive on the night.

For all of their collective struggles at the Gold Cup, the engine room was a strength for Mexico. Edson Álvarez and Héctor Herrera struck up a strong understanding in that sector, with the Atlético Madrid veteran taking home player of the tournament honors for his impressive displays.

Those two were paired together along with Andrés Guardado at the Azteca, but El Tri couldn’t control proceedings in that crucial area of the pitch. Despite normally hogging the ball at home and spending the entire second stanza in search of a winner, Mexico finished with just 52% possession.

Fortunately for “Tata”, there are alternatives available in the middle. Charly Rodríguez and Luis Romo have both been in fine form domestically in recent weeks, and they could come in and add something different. The Cruz Azul linchpin in particular is a master at making dangerous runs into the box from deep, and that trait could prove useful against Honduras.

Los Catrachos can’t afford to drop many more points after drawing at home to Costa Rica, but head coach Fabián Coito will surely favor a conservative setup at the Azteca. That will leave Mexico with the onerous task of breaking down a deep-lying defense, but they must do so in order to keep their qualifying campaign on track.