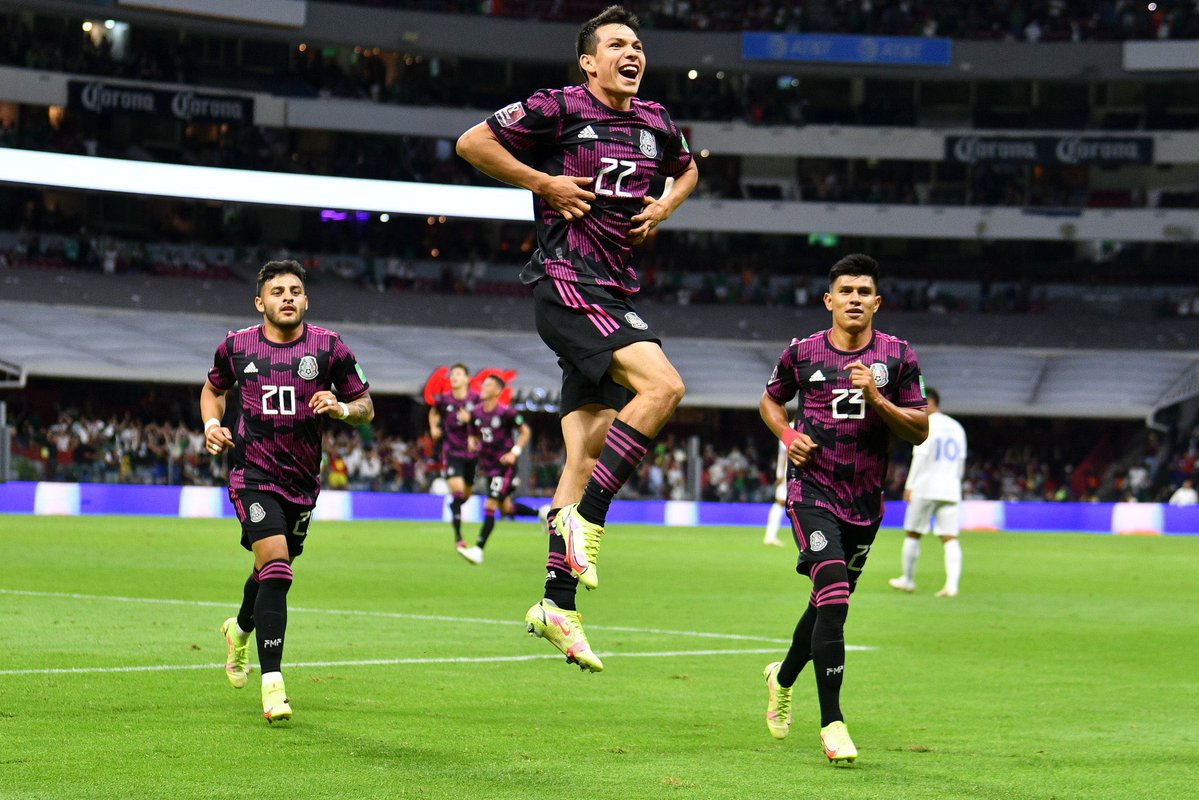 No, it’s not Raúl Jiménez. Nor is it Guillermo Ochoa. Chucky Lozano is Mexico’s star man, and he proved as much in Sunday’s comfortable conquest of Honduras.

With his stunning strike to cap the scoring late on, the Napoli attacker has now 11 goal involvements (6 goals, 5 assists) in his last 13 matches with El Tri. Those numbers point to a player who is consistently excelling for his country, but the Pachuca product’s influence extends beyond the stat sheet.

Although his fast feet and fine finishing ability have marked him out as a special talent, Lozano’s mentality is perhaps his most impressive attribute. The 26-year-old is constantly kicked in most matches he plays, with a violent elbow from Bicolor defender Marcelo Pereira only the latest example. Despite that rough treatment, the tricky winger never backs down.

That aggressive attitude in the face of adversity is infectious, and it has also won the hearts of Mexico fans. Chants of “El Chucky Lozanooo” rang around the Azteca after Lozano’s curler nestled in the back of the net, and the ditty was repeated just minutes later as the man of the moment was subbed off.

Lozano is loved by his fellow countrymen, and more collective showings like the one seen on Sunday will ensure that there is a similarly strong bond between “Tata’s” team and their public. Mexico were never troubled by a Honduras side that have struggled mightily so far in the Octagonal, with a harmless second-minute effort from Ángel Tejeda the visitors’ only shot on goal.

Such an easy day out stood in stark contrast to Thursday’s disappointing draw with Canada. The Canucks controlled the midfield battle in that match, and Martino sought to address his side’s sluggishness in that sector by bringing Sebastián Córdova into the starting XI. The América ace responded with the opening goal, while his understanding with Edson Álvarez and Héctor Herrera allowed the hosts to dominate their beleaguered rival.

It appears that “Tata” has found a formula for greater fluidity, but that discovery will be put to the test in the coming months. Mexico now face four straight away games starting with Wednesday’s showdown in San Salvador, and those tough tests will be a better barometer of where they stand.

El Tri top the Octagonal table by three points after the United States stumbled in Panama, and their ticket to Qatar will be punched in due time. Making it to the Middle East is one thing but reaching the mythical quinto partido is quite another.

A straightforward win over a hapless Honduras should not obscure the unconvincing displays that have defined the past few months of Martino’s reign, but standout individuals are often able to overcome questionable collective function. Chucky certainly falls into that category.