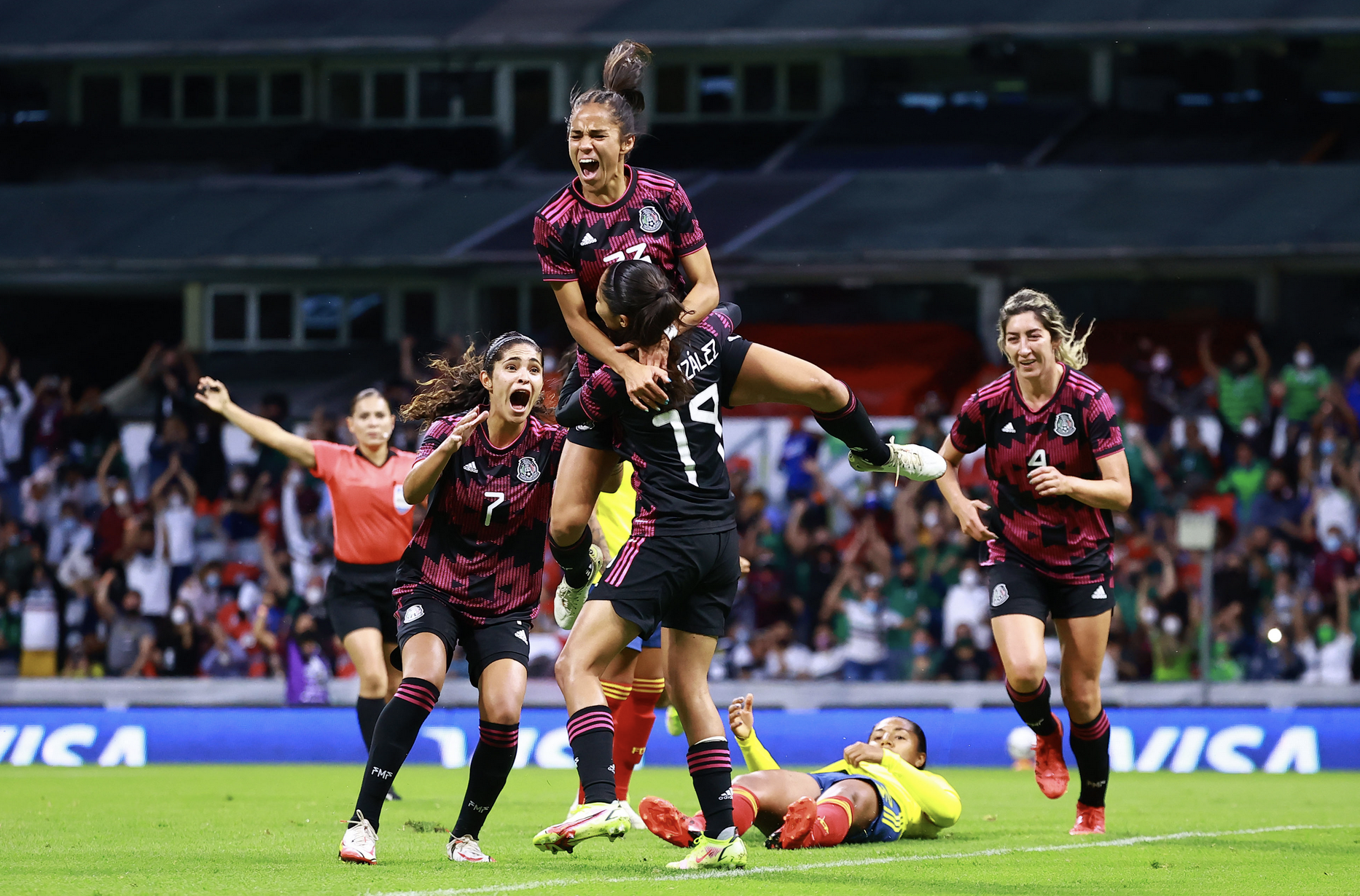 Mexico Women’s National Team saw victory once again at the Azteca, this time in front of their loyal fans as they secured a dominant 2-0 win over Colombia on Tuesday night.

With almost 10,000 fans in attendance for a midweek match, Mexico started the game strong – pressuring from the first whistle and taking the game to a Colombia side that is also in their own early stages of a restructuring.

Caro Jaramillo started the attacking attempts quickly, with a strong shot from outside the box that unfortunately hit the crossbar in the 13th minute of play. But it would be Maricarmen Reyes’ quick reaction inside the box in the 36th minute against a scrambling Colombia defense that would open up the scoreline and lift the Mexican side to celebrate passionately in the historic stadium.

“To be able to feel this [emotion] in Mexico knowing how much I love these colors, the flag, my people, my teammates, the staff, I feel very happy,” the UCLA midfielder told TUDN after the match.

The team entered the second half and kept pushing, even as the Colombian side grew more aggressive in their defensive approach, accumulating three yellow cards throughout the course of the 90 minutes. Fortunately for Mexico, one of those fouls led to a free kick for Maria Sanchez outside the box in the 60th minute that turned into a memorable golazo for the femenil history books.

“It’s a dream come true, to be honest,” Sanchez shared after the match. “I always imagined scoring a goal in front of our fans in the Azteca and I can’t begin to describe what I’m feeling right now. It’s a great honor to be able to represent Mexico.”

As historic moments become more routine for the women’s side (Mexico has now played at the Azteca twice in the course of a year after not having played there for more than 18 years), the transitional period between novelty and proper development isn’t lost on Monica Vergara.

“We’ve had the great privilege to play various international friendlies that have given us a lot to reflect on,” Vergara said in the post-game press conference. “This camp was about working on our flaws to show the overall progress the team has made these past few months. Even now, we still have a lot to continue working on to reach another level in our game — both offensively and defensively — to start off stronger against the next rival.”

Mexico will face off in another friendly in October against Argentina ahead of their qualifiers in November, paving the way for a more committed investment in Mexican women’s soccer in this new era.
“I feel very grateful for our President, Yon De Luisa and the other Sporting Directors,” Vergara added. “An extraordinary job is being done so that every FIFA date, we are able to have matches that will allow us to challenge ourselves day by day, help us learn, and give us the opportunity to know what we have to work on and analyze in order to compete better in the future.”