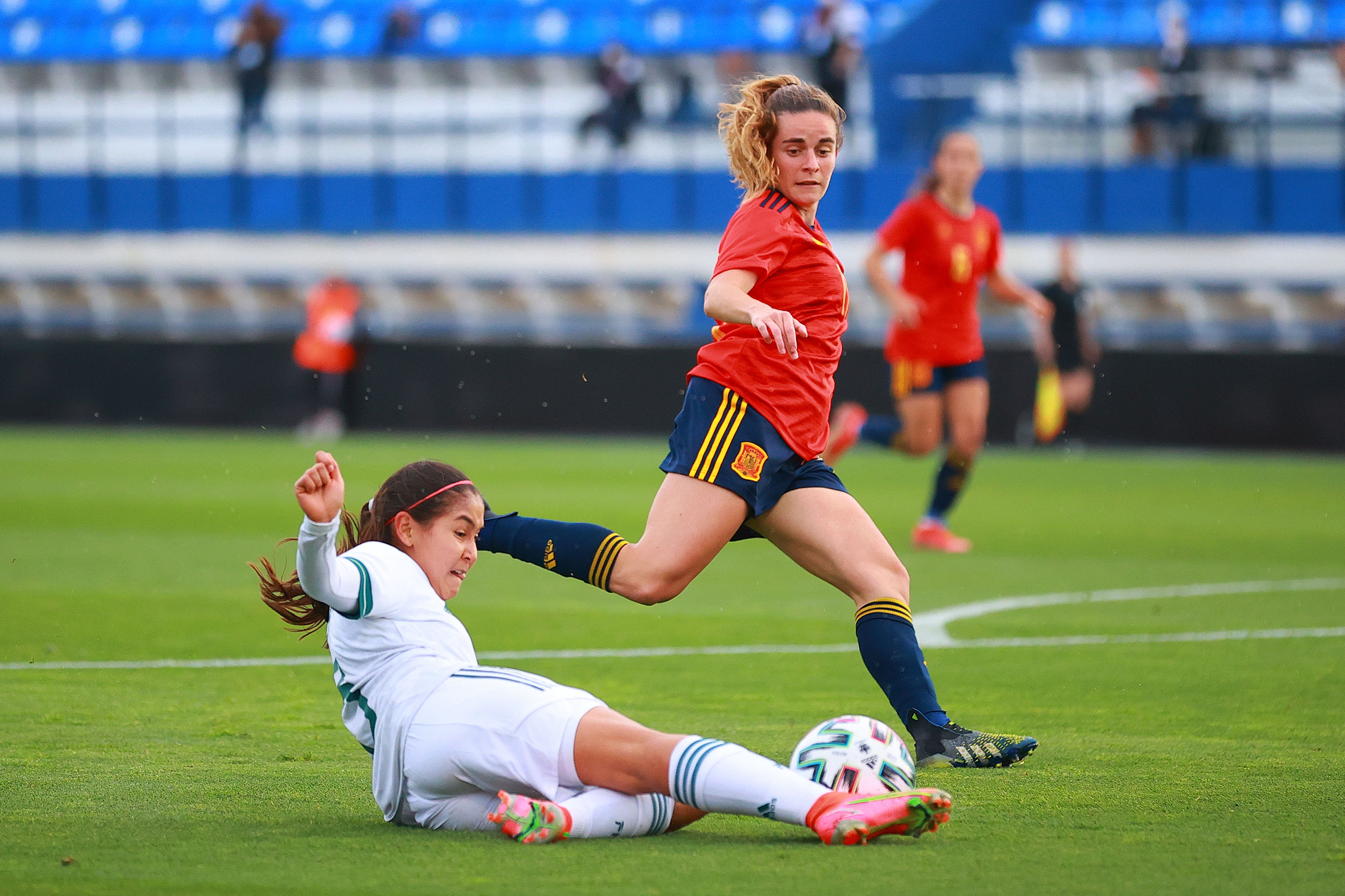 The Mexican Women’s National Team ended their European tour with a 3-0 loss to Spain Tuesday morning following a 0-0 draw against Slovakia last Saturday. One loss and a draw in the April FIFA window did not exactly bring the same level of energy on the field that many were positively subjected to during the March friendly dates against Costa Rica.

Still, friendlies in general were long overdue for this senior national team, one that went post-lockdown 2020 without a single level of action. Heading to Europe only three months into Monica Vergara’s tenure was proof of the ambition and belief the federation has in this new era but was also a clear indicator of just how short three months actually is.

“It’s a process and we still have a window of opportunity that applies in all areas for us to grow. We need these types of challenges internationally to keep improving,” Vergara stated in the postgame press conference. “You grow from results like this. There were a lot of good things from the team in general. They kept fighting until the match was over.”

The quality of the players on the field is not one that left followers of the women’s game scratching their heads but one where a set of good problems are the current obstacle. Without Katty Martinez available, Vergara called upon Renae Cuellar to join attacking options Licha Cervantes, Alison Gonzalez and Stephany Mayor in these latest friendlies. A combination that is still trying to find its form and understandably so. Neither European side provided the level of space or time to adjust the way Costa Rica did in March and the connection between these players who rarely play together needs to formulate gradually.

“I knew that we were going to be facing off against a strong team. I need to improve in providing [my players] with better tools [to execute]. Collectively, we need to keep working – with the players, within the league – to develop our football. To know what to expect from our players and our clubs to have a better style and display the model of the game we want them to have.”

Although Maria Sanchez has mastered her powerful contribution down the wing, Vergara also looks to be playing around with her plethora of midfield options as well. Nicole Perez seems to have taken comfortably to the promotion to the senior side as Rebeca Bernal holds down the center midfield position while Daniela Espinosa struggles to find her form. (And let’s also try to forget that Montse Hernandez sitter).

“I still don’t have a defined [Starting XI] or am thinking anyone has a guaranteed position. They still need to keep working in the offense and defense. I think matches like these show us that those small details make all the difference,” the head coach continued.

Those small details mattered against Spain, who currently sit in 12th place in the FIFA Rankings against Mexico’s 28th place positioning and who went into the match with an xG of 3.03 compared to Mexico’s 0.57.

Spain managed to get their expected three goals but the defensive quality that Janelly Farias, Kenti Robles, Jocelyn Orejel and Jimena Lopez showed in plays throughout the match showed promise for what the defensive side can be.

That necessity to continue to build off of international competition was something Vergara stressed in her press conference, stating federation is looking for potential opponents for the June window.

“It’s a privilege to be working to move our national team in the right direction and see the commitment [the federation] has put forth to find other national teams for us to safe. Day in and day out they are working to make sure these matches are secured – the best rivals and the best teams – and we will be sure to let everyone know through our social channels.”

As exciting as it may be to have European tours like this forthcoming for the national team, the reality is this new era is attempting to rebuild a Women’s senior side that has failed to qualify to major international tournaments, including the upcoming Olympics, and struggles to solidify itself within its own CONCACAF region. A reality that isn’t lost on Vergara and one she’s confident changes soon.

“The things that are worth it take time. Changes won’t come overnight. [Fans] should know that we’re aiming to compete against the best teams. This was a top-level match, and this is what motivates me. I genuinely respect [external] opinions and critiques but I hope they realize that this is a process and I’m truly convinced that when we enter the [World Cup qualifiers], they’ll feel very proud of this generation.”