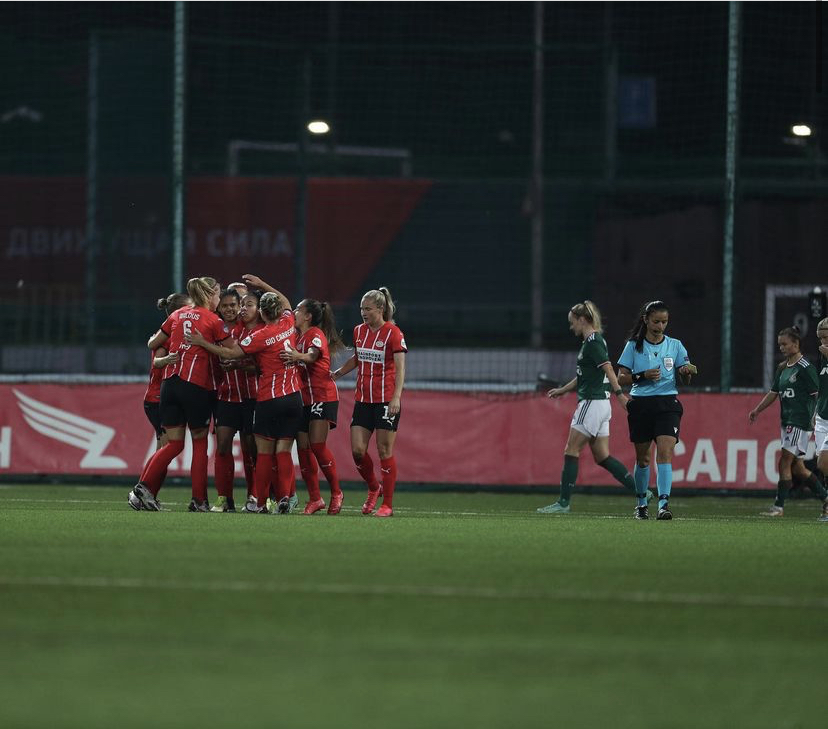 Much like my children’s school calendar, the European leagues are getting a break shortly after starting up again. Most of the leagues in Europe (excluding Sweden, Norway, Finland, and Iceland) are only getting into their second or third week of league play before stopping for the upcoming international break. The good news is that for some of the Mexicanas Abroad, the break will prove busy as Mónica Vergara invited along Anika Rodríguez (PSV), Bri Campos (Vittsjö),  and Myra Delgadillo (Braga) along with regulars like Kenti Robles (Real Madrid), Jimena López (OL Reign), Emily Alvarado (Reims), and Karina Rodríguez (Washington Spirit) for the upcoming friendly.

Anika Rodríguez came on at halftime and got a goal in the 87th minute as PSV Eindhoven drew Excelsior 3-3 on Sunday, September 12th. PSV is tied for third place with four points, two behind league leaders PEC Zwolle and FC Twente, who they host on Sunday, September 26th.

Kenti Robles played all 90 minutes in Real Madrid’s 2-0 loss to Atlético Madrid. Real still sits at the bottom of the table with zero points in two domestic games. Their next match is away at UDG Tenerife on Sunday, September 26th.

Bri Campos played 87 minutes in Vittsjö’s 2-2 draw with Djurgårdens on Saturday, September 11th. Vittsjö is in seventh place with 21 points, tied with Linköping, seven points out of UEFA qualification behind Eskilstuna and 23 points behind league leader Rosengård. Vittsjö’s next match is at Piteå on Sunday, September 26th.

Katie Johnson played 68 minutes, having a shot on target and completing two-thirds of her 36 passes as the Chicago Red Stars drew the Houston Dash 1-1 on Saturday, September 11th. The Red Stars are in fifth place with 26 points, two behind the North Carolina Courage and Orlando Pride and nine behind league leaders Portland Thorns. The Red Stars’ next match is hosting the Thorns on September 25th.

The match between the Washington Spirit (Karina Rodríguez) and OL Reign (Jimena López) was forfeited due to Washington players breaking COVID-19 protocols. You can read more about this here. The Spirit are tied for sixth place with the Houston Dash with 23 points, while the Reign are in second place with 32 points. The Spirit’s next listed match is when they host Kansas City while the Reign host the Orlando Pride; both matches are scheduled for September 26th.