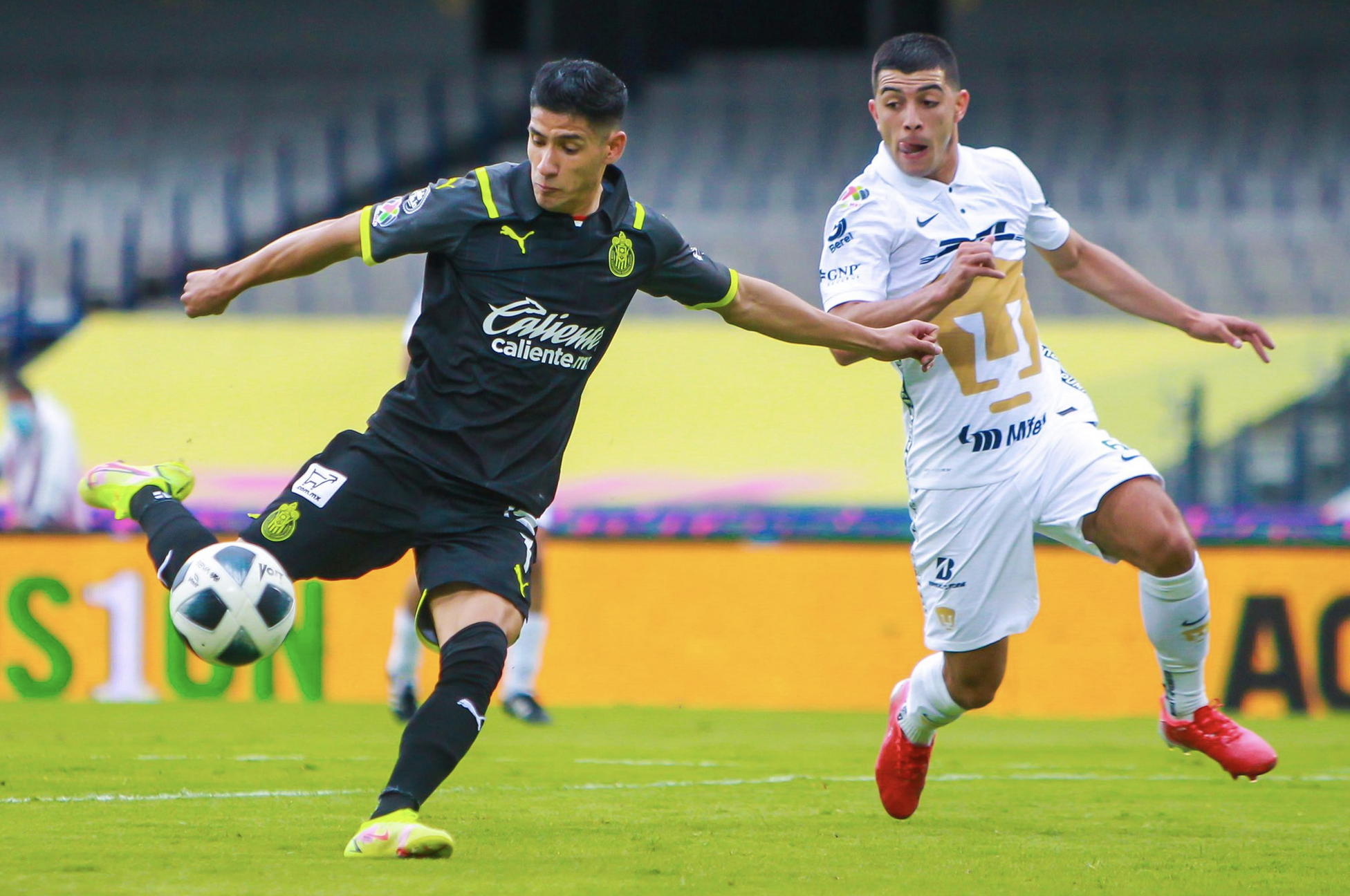 América stayed top after swatting Mazatlán aside, but there were plenty of talking points further down the table. Here are three of the most important:

Pumas and Chivas Fail to Fire

Oh, how the mighty have fallen. Pumas and Chivas boast crowded trophy cabinets, but Sunday’s damp squib shows how far both clubs currently are from title contention.

The problem with Pumas, namely a lack of cutting edge, is nothing new. Los Universitarios have been bereft of attacking threat since Carlos González joined Tigres last December, with only 14 goals in 25 league outings dating back to the start of the Guard1anes 2021.

The story is similar for the Guadalajara giants, who have not properly replaced Alan Pulido since the Mexico international left after the Apertura 2019. Yet, even the Sporting Kansas City striker might struggle in Víctor Manuel Vucetich’s safety-first setup.

“El Rey Midas” rarely takes the handbrake off, and a little more adventure could have given the visitors a massive victory in Mexico City. Instead, El Rebaño Sagrado had to settle for a draw that leaves them mired in the bottom half of the standings.

Don’t let the three straight stalemates fool you. León are for real under Ariel Holan, and it’s just a matter of time before they get back to winning ways.

Los Esmeraldas were the superior side for large swathes of Saturday’s showdown with Tigres, and they would have been three goals to the good before halftime had Ángel Mena not put his 41st-minute penalty past Nahuel Guzmán’s left-hand post. Even with the Ecuadorian’s errant effort, the visitors should have seen out what would have been an impressive win at El Volcán.

Those dreams were dashed by Luis Quiñones’ injury time equalizer, but Holan’s side still stretched their unbeaten run to eight matches in all competitions. That streak has been put together despite the absences of Luis Montes and Fernando Navarro, who were crucial cogs in the club’s Apertura 2020 championship juggernaut. If both can return in time for the Liguilla, Los Esmeraldas will have more silverware squarely in their sights.

Atlas Are for Real

Sure, Saturday’s success over Monterrey was their first win since the third week. However, a closer look reveals that Atlas were far from a team in free fall before that 2-1 triumph over Rayados, and all signs point towards a second straight Liguilla appearance.

After beating Pachuca on August 9th, Los Zorros recorded three draws and a loss in their following four contests. Yet, those matches were against América, Toluca, Santos and Tigres. Every member of that fearsome foursome is currently installed in the top six.

Diego Cocca’s men are there as well (5th), and a sturdy rearguard (second stingiest in the league with only four goals conceded) has been the key to their positive performances. They won’t blow opponents away at the other end of the pitch (only seven goals scored), but they can count on one of the division’s form forwards in the shape of Julián Quiñones.

The Colombian forward is back to his best after an underwhelming spell at Tigres, and it was his opportunistic finish that leveled the score this past weekend. With Julio Furch also an imposing presence up top, Los Zorros have one of the league’s best strike partnerships.