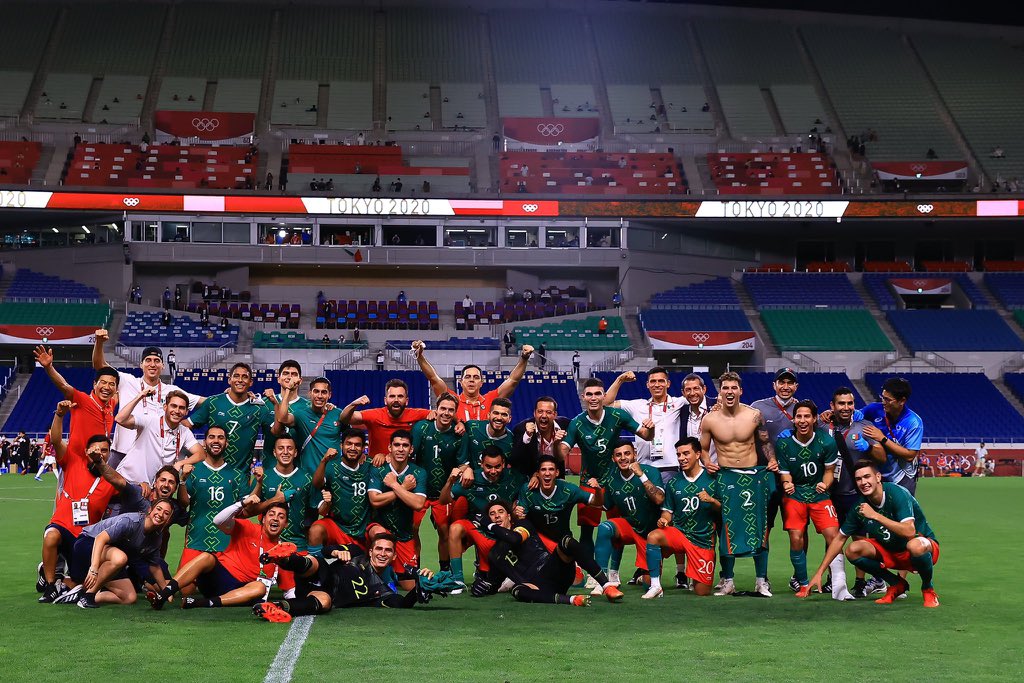 Although they fell short in their quest for gold, Mexico’s participation in Tokyo 2020 has been a rousing success. El Tri turned in a series of stylish displays, and they brought Brazil to the brink of elimination before falling on penalties in the semifinals. Their bronze medal should be celebrated, but the strong showings these last few weeks must also fuel future triumphs at senior level.

That gold medal-winning side was stocked with a plethora of promising players, but few of them turned into top level performers with the full National Team. Of that squad, only Héctor Herrera and Raúl Jiménez are key cogs in Gerardo Martino’s setup.

There are more than a few members of this Tokyo team who could go on to emulate the exploits of that esteemed pair. Alexis Vega is in the running for tournament MVP, while Johan Vásquez was brilliant against Brazil and France. Meanwhile, Sebastián Córdova contributed four goals and three assists in just 459 minutes on the pitch.

That talented trio should be the base of Mexico’s senior side for years to come. They will be ably supported by the likes of Charly Rodríguez and Diego Lainez, who have already received major minutes with Martino’s men.

After shining in Tokyo, the question now becomes how many of these youngsters could make a similar impact in World Cup qualifying and beyond. Tata’s team are going through a tough time after two final failures against the United States this summer, and there are a number of positions that could use reinforcing.

However, it remains to be seen how quickly the standout members of the Tokyo traveling party are incorporated into the senior side. A balance must be struck between blooding new players and extracting the experience that the established names can offer in what promises to be a difficult octagonal.

Regardless of the personnel that is picked for those crunch clashes, El Tri should be able to secure safe passage to Qatar. Once there, the objective will be reaching the mythical quinto partido.

Finally breaking that quarterfinal duck is Mexico’s main aim, and they can look to the Old Continent for help. A number of El Tri’s Olympic heroes will surely draw serious interest from European clubs, and the more players that emigrate, the better.

A move across the pond will not be right for every player, especially considering the high salaries and comforts of home on offer in Liga MX. However, this is a moment for those talented tyros to take a step up in their careers. Whatever their next moves are, there can be no doubting that the time is right for Tata to accelerate the generational shift at senior level.