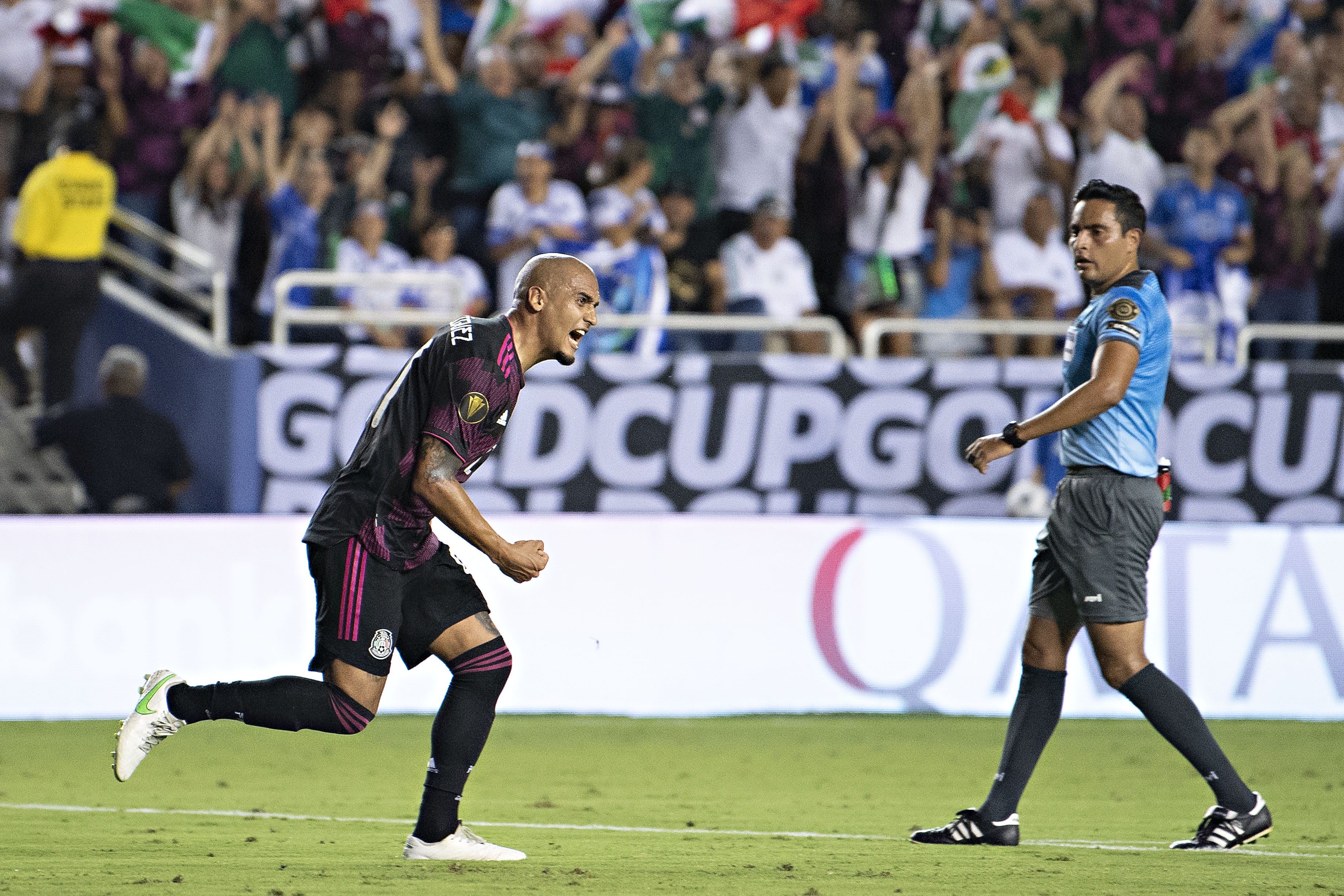 Third time’s the charm for Mexico as they claimed their second victory and secured the first place spot in their group with a 1-0 win over El Salvador in the final group stage match of the Gold Cup.

In a tournament filled with uncomfortable moments, Sunday night at the Cotton Bowl was no different as an overwhelming majority of the 45,000 fans that inhabited the stadium proudly cheered on La Selecta; a situation Mexico hasn’t been used to in recent times while playing in the United States. Still, this proved to be the strongest start in all three matches for El Tri, with possession becoming more effortless much quicker than in the past two fixtures early in the first half.

The collective effort was so much better that when Mexico finally had a clear chance at goal, it was Chaka Rodriguez that seized on the opportunity, cutting inside and getting the first in the 26th minute of play. But the buzz seemed to wear off soon after that as chance after chance failed to make it to the back of the net. Not the potential second by Funes Mori in the 50th minute, or the third chance that came minutes later or the fourth soon after.

Fortunately for Mexico, El Salvador’s surprising flickers of possession–including their first real shot in the 59th minute–didn’t amount to much, even when Tata Martino’s side had no answer to the challenges. But the pressure kept coming throughout the rest of the second half. La Selecta switched gears and began to take over the game, providing the Mexican defense another scare in the 63rd minute.

“Up until the 61st minute, it felt like we should’ve been winning by more than one goal,” the manager said in the post-game press conference. “That pivotal point in the 61st minute was where we began to play a completely different game. It felt like we were playing more of El Salvador’s game.”

Mexico found themselves once again frustrated in this tournament as the game became more physical and cards were awarded on both sides. A frustration that will be important to rectify before they likely take on the second place team of Group D where both Honduras and Qatar have had strong showings and plenty of goals throughout the group stage round.

“There’s no logical way to mentally play the final 30 minutes of the match the way they did but then play the right way at the beginning of the match. There is an idea of play, there are trainings — it isn’t easy to have full control of the match for the entire 90 minutes,” Martino discussed regarding the next round.

“What’s most apparent to me is fixing the mistakes that we have made in allowing the opponent numerous opportunities throughout the game; whether that be from a lack of finishing or from improperly clearing the ball from the back. This isn’t the way in which we prepare.”
Defensive mistakes aside, Mexico finishes the group stage with zero goals allowed and as the top team in the group. As Martino mentions, there are still a lot of areas that need to improve but for now, regardless of how flawed the execution may be, Mexico has completed their first objective: winning Group A, securing seven points and heading to Phoenix for the quarterfinals.