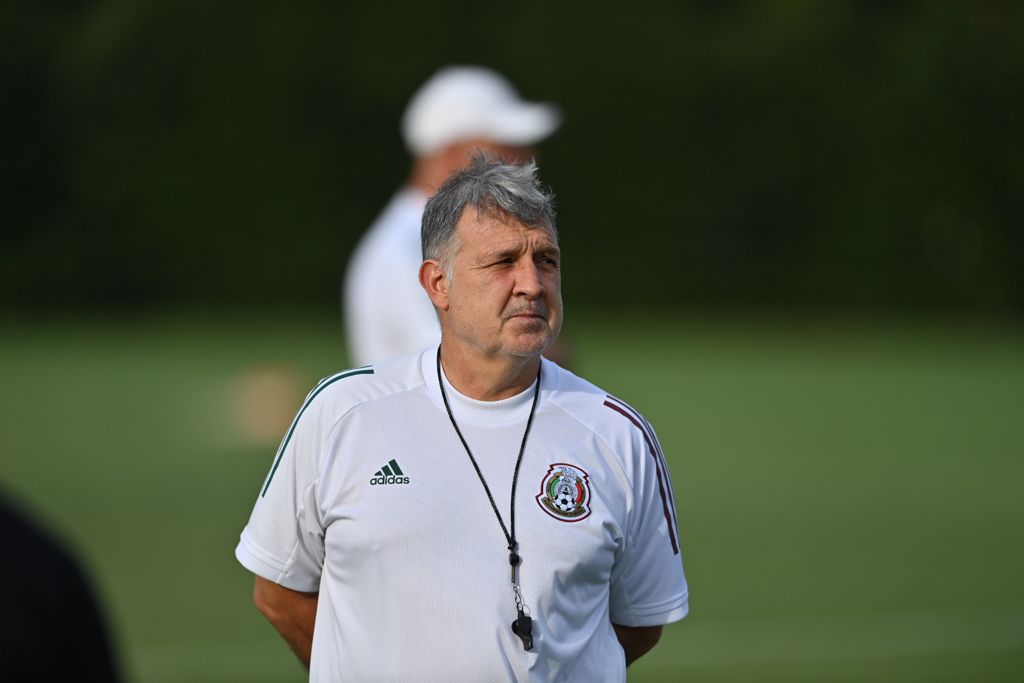 In the weeks leading up to this Gold Cup, much of the El Tri talk centered around the center-forward spot. Gerardo Martino’s decision to call up Monterrey marksman Rogelio Funes Mori instead of Javier Hernández has caused plenty of controversy, especially considering “El Mellizo’s” status as a naturalized Mexican citizen.

The debate surrounding those two strikers is not going to stop anytime soon, but “Tata” did his best to put the matter to bed in his pre-game press conference before Wednesday’s win over Guatemala.

“Javier Hernández isn’t here because I used or chose other number nine options. That’s the answer…there was never a different answer or no answer. The answer was always that I chose other players over Javier Hernández,” he stated.

Martino has made up his mind in attack, but the situation seems far less settled at the back. Nobody has received more minutes during the Argentine’s time in charge than Jesús Gallardo, but the Pumas product has been forced to fight for his place at left-back in recent matches. Meanwhile, Héctor Moreno has not reappeared since a muscle injury forced him off in the final throes of a scoreless stalemate with Honduras on June 12th.

That physical problem opened the door for Néstor Araujo, who has partnered Carlos Salcedo in Mexico’s last three matches. Shutouts were obtained in each of those showdowns, but that stingy streak must be taken with a grain of salt.

The level of competition that El Tri faced in that trio of tests was far from top-notch. Nigeria brought a third-string side to Los Angeles, with 10 of their 11 starters based domestically. Meanwhile, the Soca Warriors (103rd) and Los Chapines (127th) are both poorly placed in the FIFA rankings.

Furthermore, neither of those teams made much of an effort to hurt their more illustrious opponent. The Caribbeans camped outside of their box and didn’t register a single shot on goal, while the Central Americans quickly ran out of gas after a strong opening salvo.

Guatemala did create a chance or two in the opening stages of Wednesday’s skirmish, however. Darwin Lom was allowed a free header from a corner less than 90 seconds in, while Salcedo had to make a last-minute intervention at the near post to prevent another opportunity.

La Selecta will look to threaten with greater regularity, and they will be full of confidence after collecting back-to-back wins over the other Group A rivals. Those consecutive conquests represent the country’s best-ever beginning to a Gold Cup.

Head coach Hugo Pérez has worked wonders since taking over in late April, with the former U.S. international installing a possession-based style that prioritizes pretty attacking patterns. That aggressive outlook should allow more spaces for Martino’s men on offense while also ensuring that their rearguard receives their toughest test of the tournament so far. Both of those developments are good news for El Tri as they try to sew up top spot in the section.