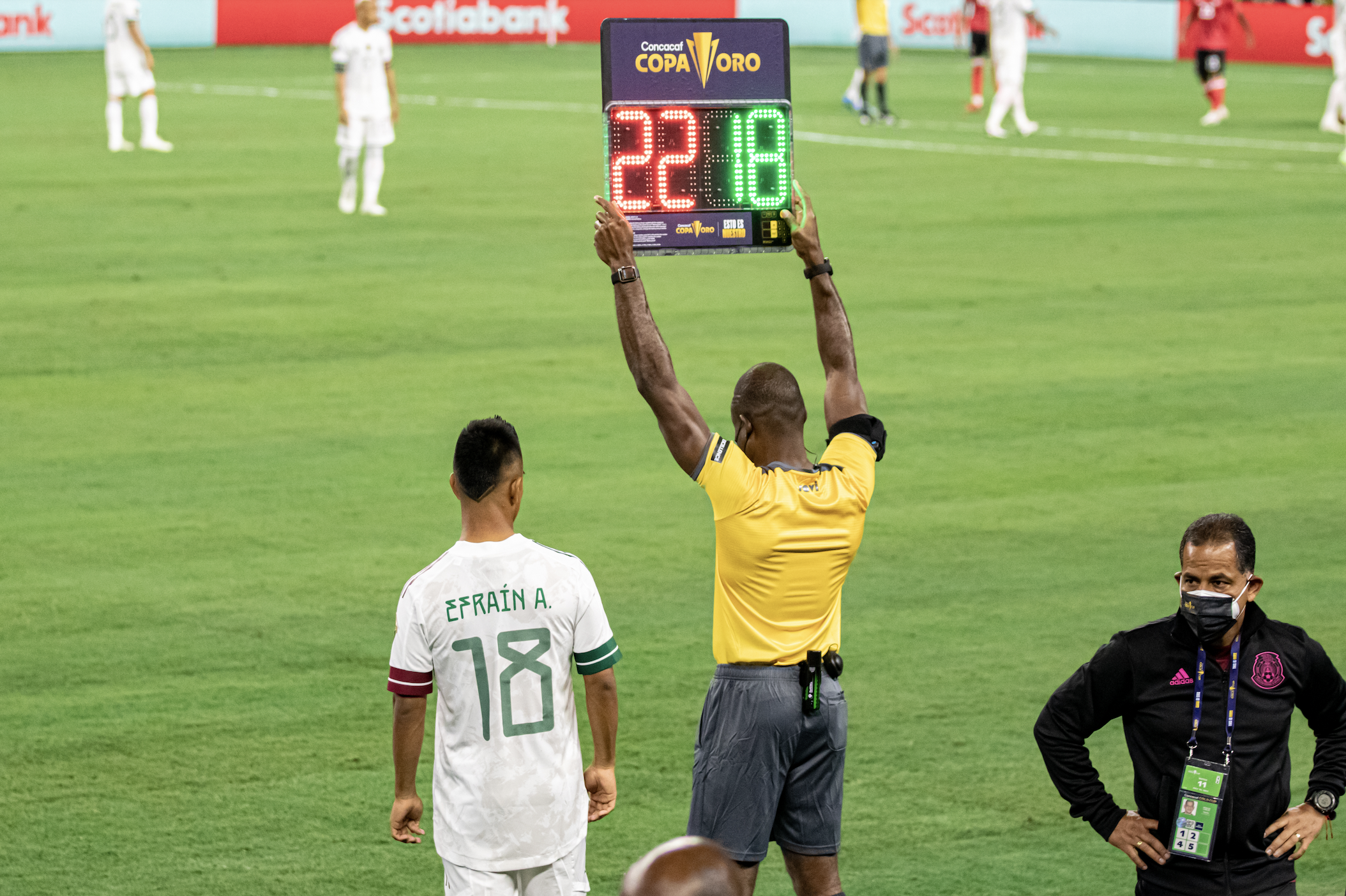 From a questionable member of this tournament squad to a potential starter. An injury to Rodolfo Pizarro opened the door for Efraín Álvarez to rejoin Mexico’s Gold Cup preparations after missing the 45-man cut, and now the LA Galaxy phenom could be included from the first whistle on Wednesday against Guatemala.

The American-born attacker is in line to replace Chucky Lozano, who will spend the next four to six weeks on the treatment table after a gruesome clash with Trinidad and Tobago goalkeeper Marvin Phillip on Saturday. Filling the Napoli star’s shoes is a tall order, especially in a match that Mexico must win.

Gerardo Martino’s men cannot afford to drop more points after a disappointing draw against the Soca Warriors, which left El Tri trailing El Salvador in the fight for group A supremacy. Relying on a 19-year-old with only 104 senior Mexico minutes for such an important contest is not an ideal situation, but there are few other options available to “Tata”.

Orbelín Pineda is another alternative, and the Cruz Azul creator brings far more experience than Álvarez. However, he has been more effective as a second half substitute than as a starter in his recent national team outings.

The most memorable of those cameos came back in November, when the two-time Liga MX champion collected two assists in a 3-2 comeback win over South Korea. The first of those helpers was for Raúl Jiménez, who suffered a gruesome skull fracture just a few weeks later.

That horrific head injury opened the door for Henry Martín and Alan Pulido, who both struggled to stake their claim for the starting striker spot earlier in the summer. The latter could yet come good at this tournament, but a foot complaint kept him sidelined on Saturday.

As a result, Rogelio Funes Mori is the only healthy number nine at the moment. The dearth of offensive depth is surely a worry.

“Realistically, there aren’t any other options.  What one does when you select 23 players [for a tournament], you pick two or three options for a position. Our natural replacement to Rogelio is Alan who still has some time left — we thought he’d be ready for tomorrow but he needs a few more days. We think he’ll be ready for the match against El Salvador ,” Martino stated in the press conference Tuesday afternoon.

Having only four out-and-out attackers to choose from should not be an issue against a Guatemala side that replaced COVID-ravaged Curaçao at the last minute, but “Tata” and his troops will be walking a tightrope for the rest of the tournament. Mexico are still the clear favorites for Gold Cup glory, but they cannot afford to have any more forwards in the infirmary.