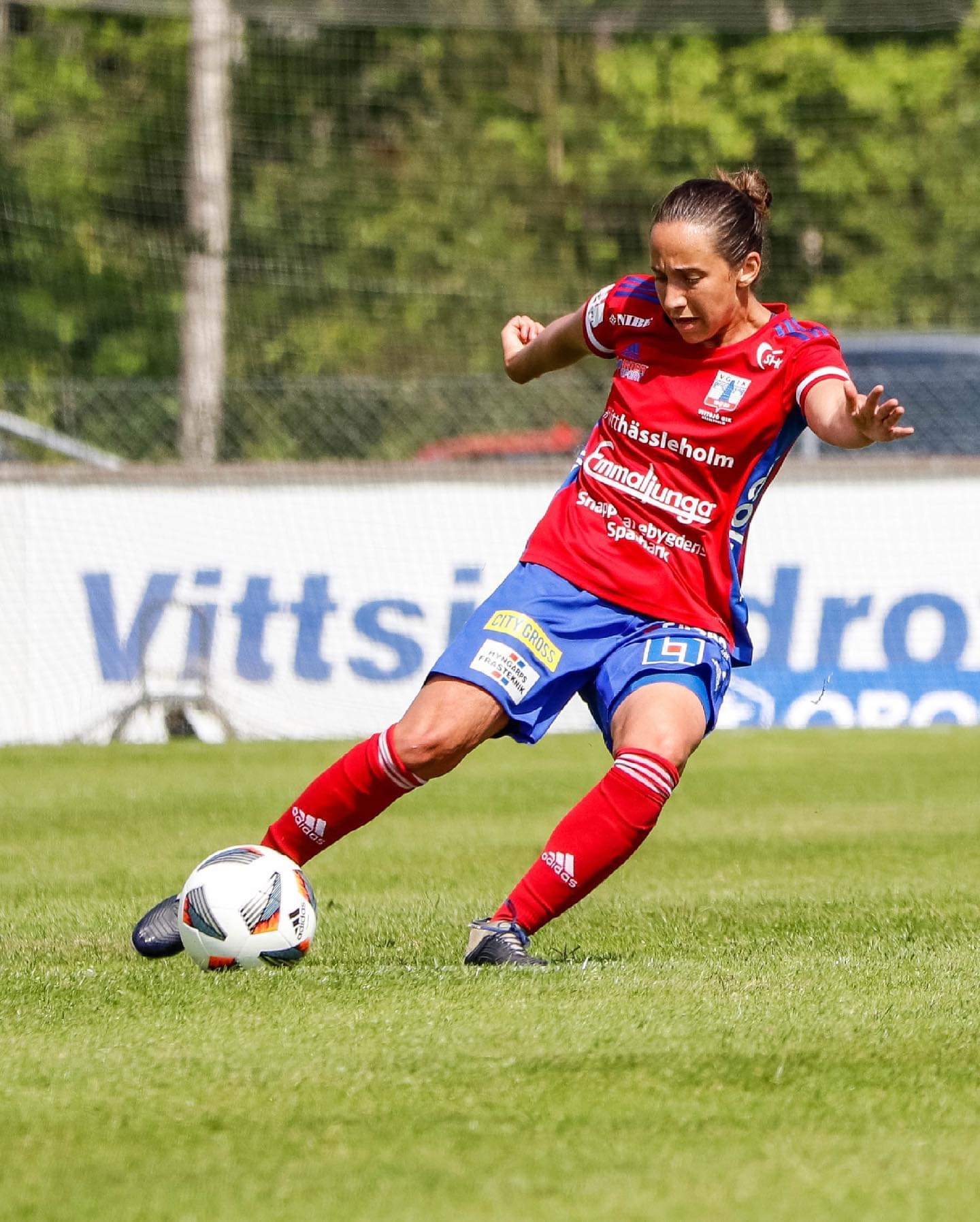 While some of the Mexicanas Abroad were in Connecticut on national team duty, there were a couple who played for their clubs this past week. In addition to the plays on the field, there were things happening off the field that will have ramifications for some players going forward.

In non-UEFA Women’s Champions League news, Pamela Tajonar has left Logroño, who were relegated from the Liga Iberdrola. She was announced by Villarreal, who have just won promotion thanks in part to Rubí Soto, who transferred from Villarreal to Chivas this summer.

Campos then played 76 minutes (and Fernanda got all 90) as Vittsjö drew Kristianstad 0-0 on Wednesday, July 7th. Vittsjö sit in seventh place with 16 points, one behind Linköping and four behind third place Kristianstad and a berth in the UEFA Women’s Champions League in 2022-23. The Damallsvenskan is on break, with Vittsjö’s next match on Tuesday, August 20 when they are away to Växjö.

Katie Johnson was a stoppage time sub as the Chicago Red Stars beat the Washington Spirit 1-0 on Friday, July 2nd. Washington’s Karina Rodríguez was with the Mexican National Team. The Spirit are currently in sixth place with 12 points, tied with Gotham FC. They’ll host the North Carolina Courage on Saturday, July 10th. Chicago is in seventh place with 11 points, and they’ll host the Houston Dash on Sunday, July 11th.

OL Reign lost to the Houston Dash 2-0 on July 2nd. Jimena López was also with the Mexican National Team and was unavailable. The Reign have lost five of their eight games this season and dismissed head coach Farid Bensiti prior to the match against the Dash. The Reign are in ninth place with seven points, four over last place Kansas City and nine behind the first place North Carolina Courage. They’ll host Kansas City on Sunday, July 11th.

Sabrina Flores was not on the gameday roster as Gotham FC drew Kansas City 1-1 on July 3rd. Gotham is in fifth place with 12 points, one behind fourth place Houston. They’ll travel to Portland to face the Thorns on Sunday, July 11th.