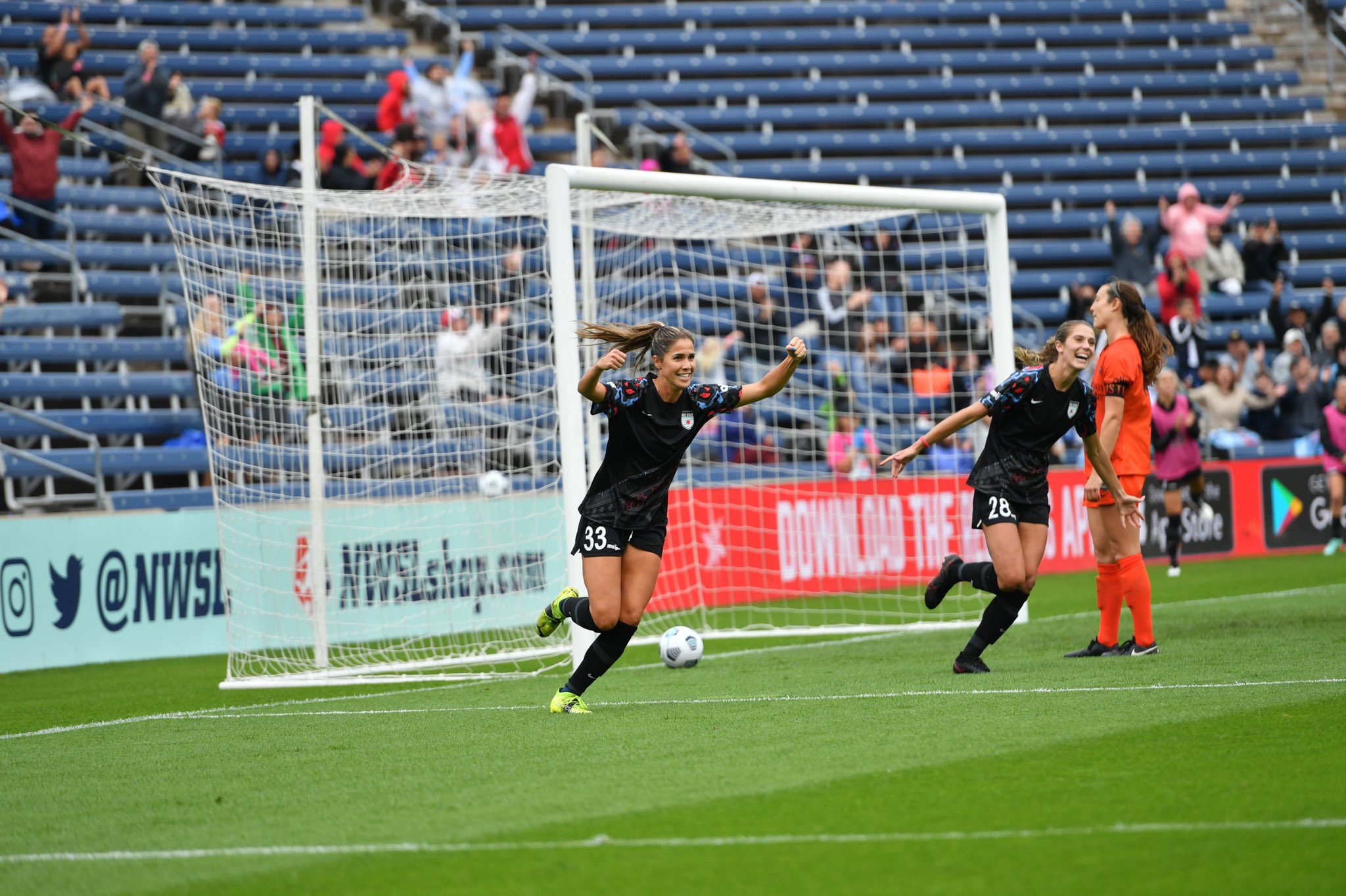 And then there was one. One league currently in season with Mexicanas Abroad, as the Damallsvenskan is officially on summer break. The NWSL is still going strong, and three of the four Mexicanas Abroad made appearances this past week. Jimena López was the lone player to not make an appearance, however she’s reportedly due to join the team this week and with any luck could be in the lineup when the OL Reign take on Chicago.

Karina Rodríguez was a 90th minute sub for the Washington Spirit as they beat the North Carolina Courage 2-0 on Saturday, July 10. The Spirit are in fourth place with 15 points, however that’s just one point behind the three-way tie between the Courage, Orlando Pride, and Portland Thorns for first place in the league. Washington hosts Gotham on Sunday, July 18.

Sabrina Flores came on in the 46th minute in Gotham FC’s 0-0 draw with the Portland Thorns on Sunday, July 11th. The Red Stars are in fifth place with 14 points, one behind Washington and one above Gotham. Gotham are at Washington on Sunday, July 18.

Jimena López was not on the gameday roster for the OL Reign, who beat Kansas City 2-0 on Sunday, July 11th. The Reign are in ninth place with 10 points, one behind Racing Louisville and seven clear of last place Kansas City. OL travel to Chicago to face the Red Stars on Sunday, July 18.