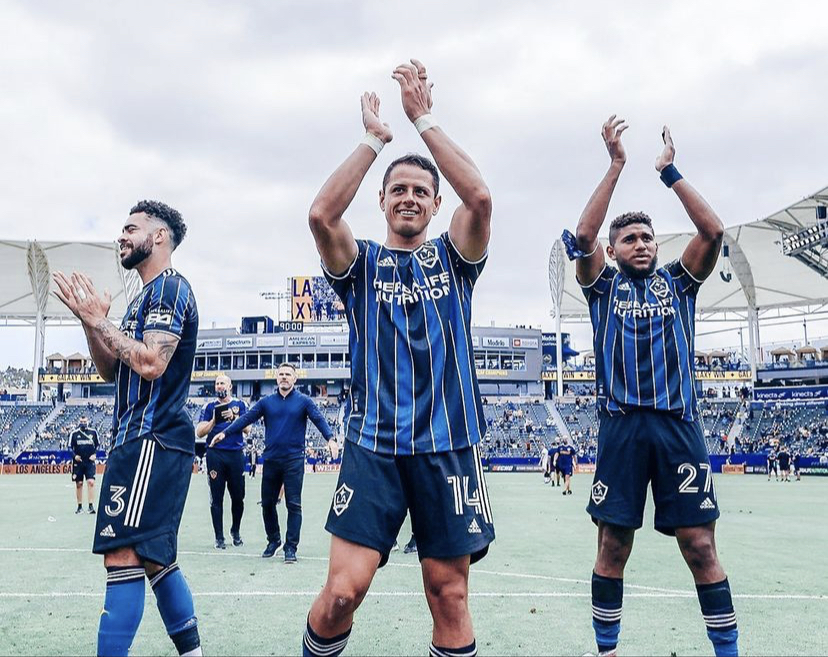 The most paid players in MLS got playing time — though at different capacities and with different expectations now five weeks into the season. Still, the action was a plenty and the story lines continue to buzz. Let’s look back at what happened in Major League Soccer this weekend.

Javier ‘Chicharito’ Hernandez got his seventh goal of the season against Austin FC in the 77th minute but how he got to that goal is a story similar to the one he’s had so far. LA Galaxy dominated a majority of the match, including the moment they were awarded a penalty kick in the 25th minute and although his completion percentage from that spot is low, Chicharito tried it out. He would go on to miss that penalty kick, but his belief still seemed to continue on. Lletget would score the first for LA Galaxy and Chicharito would follow soon after, reminding himself, those in the stands and all the others watching as he was subbed out in the 86th minute: that even when he failed, he would still deliver… or as he put it: “Sigo imaginandome cosas chingonas.”

(Jona Dos Santos and Efrain Alvarez also started the match. Efrain would be subbed out in the 71st minute but had moments of strong glimpses throughout his time on the pitch).

Alan Pulido Has His Day

His fourth start of the season, Alan Pulido delivered for Sporting Kansas City in grand fashion. Salloi would get the first for Sporting before Alan Pulido converted a penalty just four minutes later. He would gain a second in the 58th minute to secure the 3-0 victory over the Vancouver Whitecaps. While he’s not on a streak quite like Chicharito’s, Pulido got himself his second and third goal in six games this season as Sporting KC comfortably sit in third.

If only for a few minutes. LAFC’s season has been a strange one. It seems as though ever since Carlos Vela was mistakenly subbed out in that 2-1 win over Austin FC, LAFC has been lost. That victory would be the last one they saw so far this season, with two draws and two losses – including an El Trafico defeat and their most recent one against Seattle this past weekend. Bob Bradley alluded to the importance of Vela on the field and during the post-game press conference, stated that more minutes would be coming up for the Mexican player depending on the intensity of the match. We’ll see if Vela returns to his old ways soon and for his team’s sake, helps them get out of last place and into their usual form.

Jurgen Damm is still out for Atlanta United while Erick ‘Cubo’ Torres remained on the bench in Atlanta United’s 1-0 victory over Montreal. Rodolfo Pizarro subbed on in the 90th minute of Inter Miami’s 3-2 victory over FC Cincinnati and even got a chance at goal of his own before the final whistle blew. Osvaldo Alanis played the full 90 minutes of San Jose’s 2-0 loss against the Portland Timbers while Carlos Fierro started but was subbed out in the 63rd minute. ‘Chofis’ Lopez subbed in at the 58th minute.