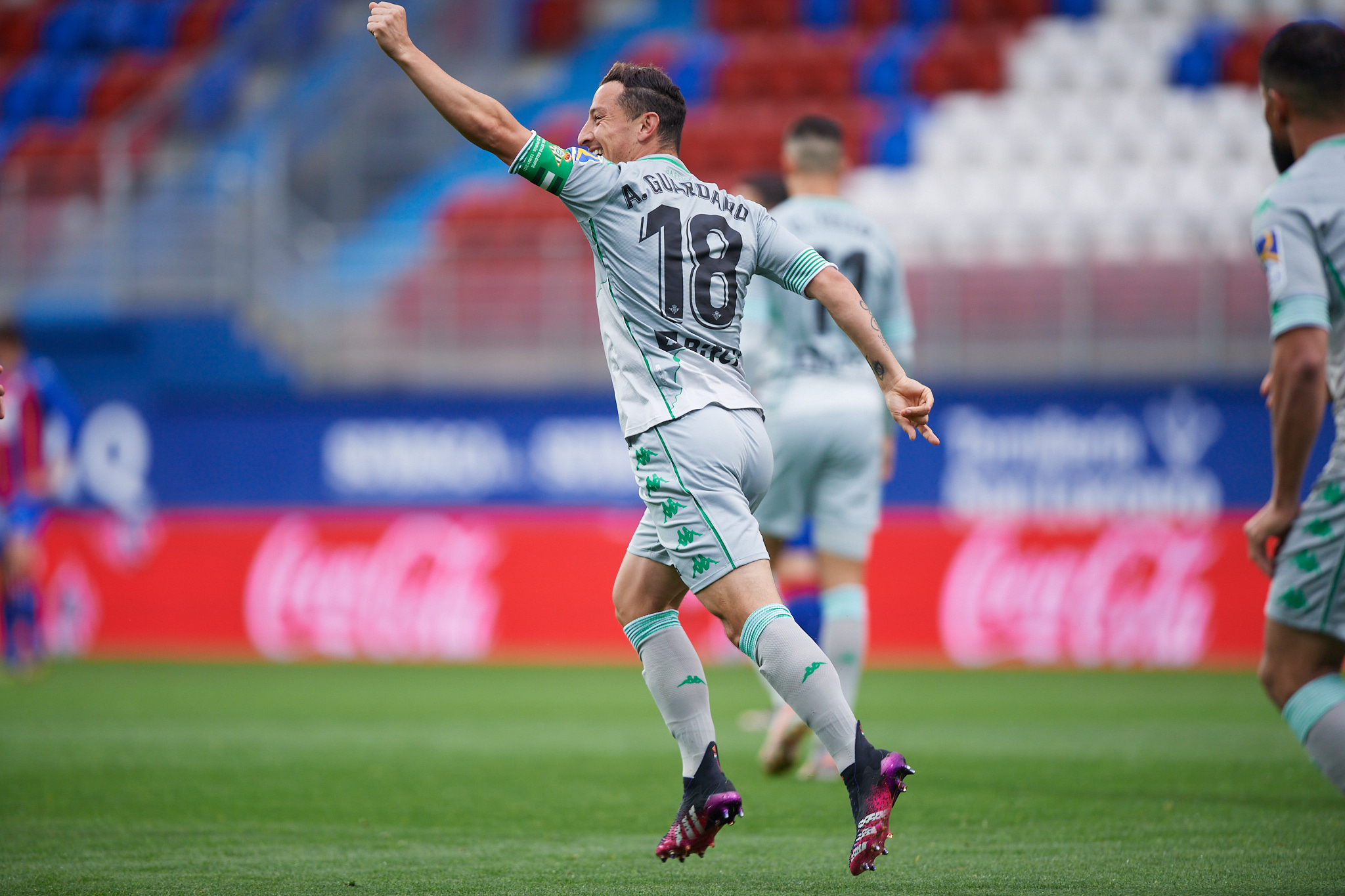 In less than five minutes, both Mexican Internationals connected and gave their club the early lead. Andres Guardado and Diego Lainez got the start for Real Betis and made their presence known. Lainez’s speed and dynamic ball movement put the Eibar defense on notice while Guardado found an opening for the direct shot thanks to DL20’s pass in the 18 for the 1-0 lead. The Green-and-Whites could not expand their lead and kept ‘Los Armeros’ in the game. Guardado played the full 90 minutes while Lainez was subbed out in the 65th minute. Eibar finally caught a break and found the equalizer late in the match (83′) for the eventual draw.

Betis’s second encounter was against Huesca where both Aztecs came off the bench for ‘Los Verdes‘ (Lainez 59′ and Guardado 83′). Betis did not connect until the 57th minute of play and managed to hold onto their narrow lead. Betis is currently holding on to the final Europa League spot and will have to play to win against fellow countryman Néstor Araujo’s Celta Vigo.

“We are going to play it all Sunday. We want to be as high as possible,” Lainez said after the match. We anticipate an action-packed encounter; who will you cheer for?

Néstor Araujo is having a productive season with Celta Vigo, earning 2,335 minutes this season. Araujo’s defensive abilities were on full display against Barcelona on Sunday. Barca was hoping to keep their dreams alive for a late run for the title but that was stripped away by the ‘Celestes‘. After an early 1-0 lead (Messi 28′), Barcelona could not muster up another goal during the rest of the match. Araujo’s defensive display kept the giants at bay long enough for his team’s offense to wake up and put the nail in the coffin. Celta’s Santi Mina’s brace (38′ and 89′) was enough to ruin Barca’s hopes for a title Araujo and Celta are primed to ruin another team’s Europa Leagues dreams this week.

NEXT MATCH: Sat., May 22nd against Real Betis (La Liga)

Hirving “Chucky” Lozano got back-to-back starts and goals for Napoli this past week. The Gli Azzurri showed their offensive might against Udinese with five different Napoli players finding the back of the net, including Chucky in the 56th minute. Lozano took advantage of a careless pass from the Udinese goalkeeper while keeping his balance for the impressive goal.

Napoli also accumulated another victory on Sunday when The Blues defeated Fiorentina 2-0, holding on to the fourth position in the league with 76 points.

NEXT MATCH: Sun., May 23rd against Verona (Serie A)