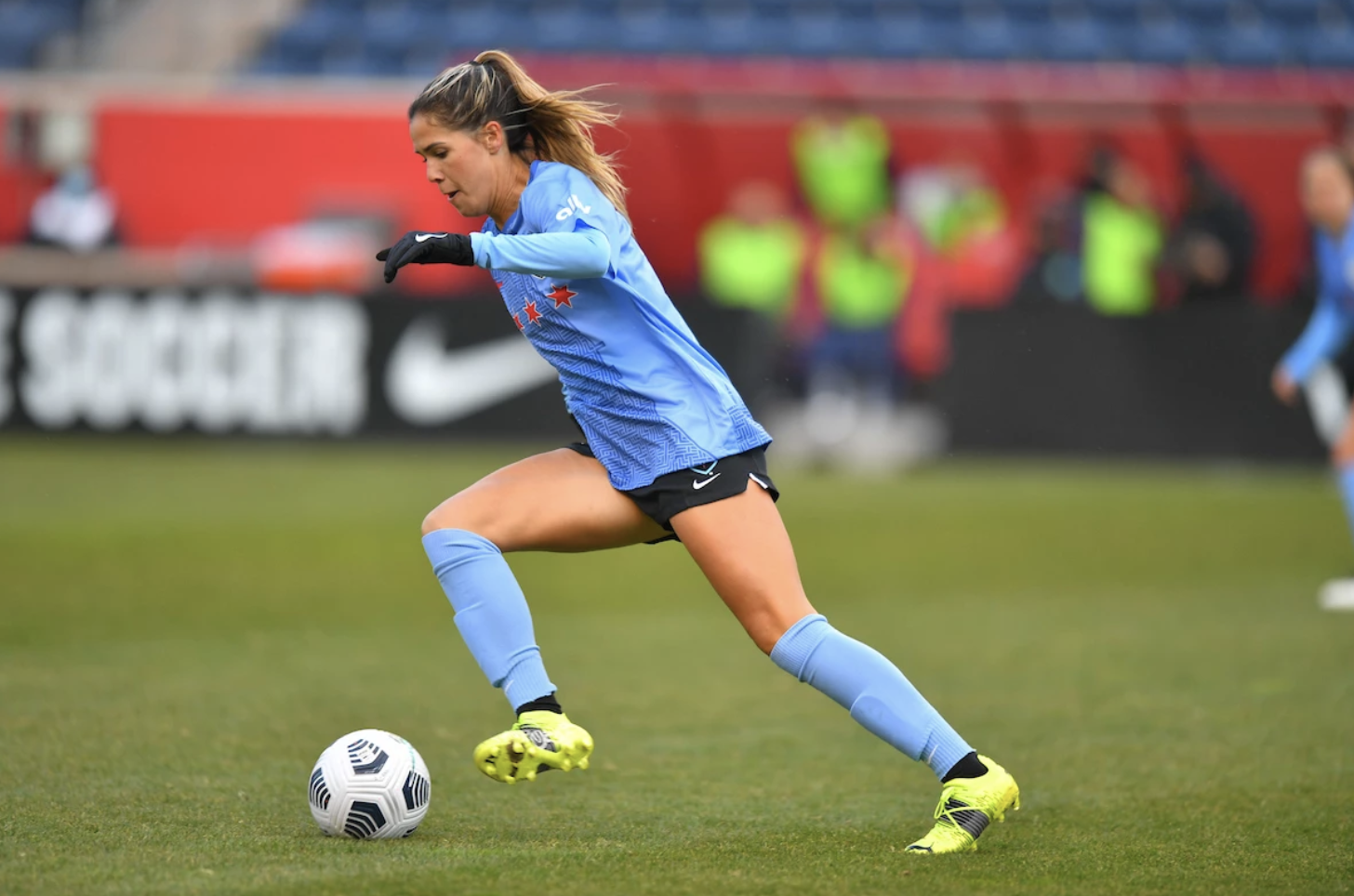 After some time off for the international break, the Mexicanas Abroad got back to work with their clubs. Seasons started in earnest in Sweden and the United States, while cup play happened in England and the Netherlands and Portugal, Spain, and Italy all resumed domestic league play.

Silvana Flores was an unused substitute as Reading lost to Tottenham 3-2 in overtime in the FA Cup. Reading currently sit seventh on the table, four points behind Brighton and Hove Albion and 31 behind league leaders Chelsea. Their next match is on Sunday, April 25th away at Birmingham City at 2:00 PM GMT.

Estefania Fuentes was not on the gameday roster as Sassuolo lost to Juventus 3-0. Sassuolo remain in third place with 40 points, eight behind second place A.C. Milan and 14 behind Juventus. Their next match is on Saturday, May 1st against Verona at 3:00 PM CET.

Ceci Santiago was on the bench for PSV as they beat Ajax 1-0 in the semifinal of the  KNVB Vrouwen Beker. Mexican-American Anika Rodriguez was not on the gameday roster. Their next match will be an Eredivisie match against Ajax on Sunday, April 25th at 12:15 PM CET.

Amanda Pérez played 12 minutes as Sporting CP beat CS Marítimo 2-0.  Sporting sit in second place with 25 points, two points behind Benfica however do have a game in hand against their rivals. Sporting’s next match is on Sunday, April 25 when they host Clube Albergaria.

Paulina Solis was not on the gameday roster as Damaiense beat G.D.C. A-dos-Francos 2-0 on Sunday, April 18th. Damaiense sits in fourth place with 18 points, one point behind Estoril Praia and 11 behind leaders Amora FC.

Jimena López played 67 minutes as Eibar lost 5-2 to Athletic Club. Eibar is in 12th place with 26 points, two behind Sporting Huelva and 46 behind league leaders Barcelona. Eibar will be away to Santa Teresa on Saturday, April 24th.

Kiana Palacios played 76 minutes as Real Sociedad beat Logroño 3-1. Pamela Tajonar was in goal all 90 minutes for Logroño, who are in 16th place with 19 points. Logroño is three points behind Real Betis and 53 behind Barcelona. Sociedad are in fourth place with 50 points, four behind Real Madrid and 22 behind Barcelona. Real Sociedad will take on Real Betis on Saturday, April 24th at 11:00 AM CET while Logroño will be away to Athletic Club on Saturday, April 24th.

Kenti Robles played 61 minutes as Real Madrid drew Real Betis 1-1. Real Madrid are in third place with 54 points, one behind Levante and 18 behind Barcelona. Real head across town to face Madrid CFF on Saturday, April 24th.

Bri Campos played all 90 minutes as Vittsjö GIK started their season off with a 2-1 win over Piteå IF DFF. Vittsjö’s next match is on Saturday, April 24th at KIF Örebro DFF.

Katie Johnson was subbed on in the 71st minute, contributing two shots on goal as Chicago lost 1-0 to the Portland Thorns on April 15th and then scoring the leveling goal in the 82nd minute against Kansas City this past Wednesday. The Red Star’s next game is away to OL Reign on Tuesday, April 27th at 10:00 PM ET.

Mexicans Abroad: Álvarez Says Goodbye to One Tournament and Wins Another, HH and Tecatito With Starts and Assist
Mexicans Abroad, MLS: Week 2
To Top