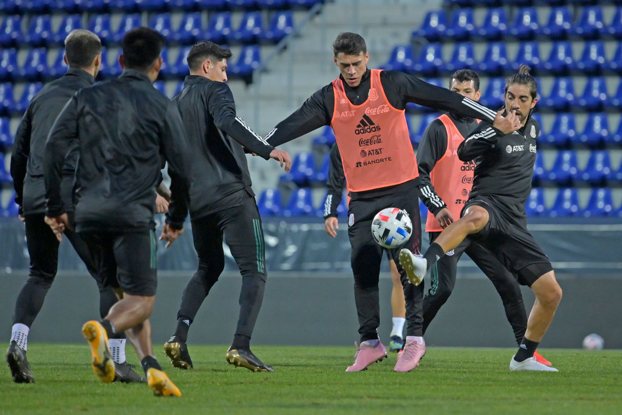 There’s still plenty of time between now and Qatar, but today’s clash with Costa Rica is of the utmost importance for many members of Gerardo Martino’s squad. “Tata” is set to heavily rotate his team for this tilt with Los Ticos, and the new names will have to make their case for further inclusion ahead of what promises to be an action-packed next 12 months.

The crowded calendar commences in June, when Mexico takes on Tuesday’s foe in the CONCACAF Nations League semifinals. El Tri will be out to defend their 2019 Gold Cup title just a few weeks later, while their World Cup qualification campaign begins the first day of September.

There will be precious little time to fit in friendlies until after the revamped octagonal concludes in late March 2022, and with so much on the line Martino is unlikely to experiment too much. If a player hasn’t worked their way into the Argentinean’s thoughts by this summer, they could be stuck on the outside looking in as preparations for Qatar intensify.

Sparkling club form is a viable way to capture the coach’s attention, but those who turn out tonight in Austria cannot pass up the chance to impress against a regional rival. European exports Diego Lainez and Gerardo Arteaga could be given extended run-outs, but the spotlight will shine brightest on a player who has captured the attention for Cruz Azul.

Luis Romo has starred so far the season for La Máquina, with his superlative showings helping the capital club to ten straight wins. If the 25-year-old can reproduce his all-action displays at National Team level, he could earn a starting spot in “Tata’s” setup.

Saturday’s frustrating loss to Wales underlined how the Sinaloan star can help the cause. A lack of midfield dynamism made it difficult for El Tri to connect the engine room with Hirving Lozano’s foraging forward presence, and as a result the hosts had little trouble nullifying a blunt visiting attack. Martino’s 4-3-3 system focuses on probing down the flanks, but there is room for Romo’s galloping runs through the middle.

That is especially true in light of Raúl Jiménez’s injury issues. It could be a while yet before Mexico’s main marksman returns to the fold, and his absence in Cardiff demonstrated the need for someone who is comfortable occupying or arriving into the spaces behind the striker. Rodolfo Pizarro is another option for that role, but the Inter Miami man has been disappointing of late for his country.

The former Chivas creator could be left behind if he continues to frustrate, and there are a handful of young attackers prepared to take his place. The likes of Sebastián Córdova and Uriel Antuna have caught the eye with the U-23’s this month, and both are sure to receive further opportunities at senior level.

That dynamic duo are not the only ones who have impressed in Guadalajara, and that success will create healthy competition for minutes with the full National Team. As Qatar begins to come into view, the fight for a place on the plane will only intensify.