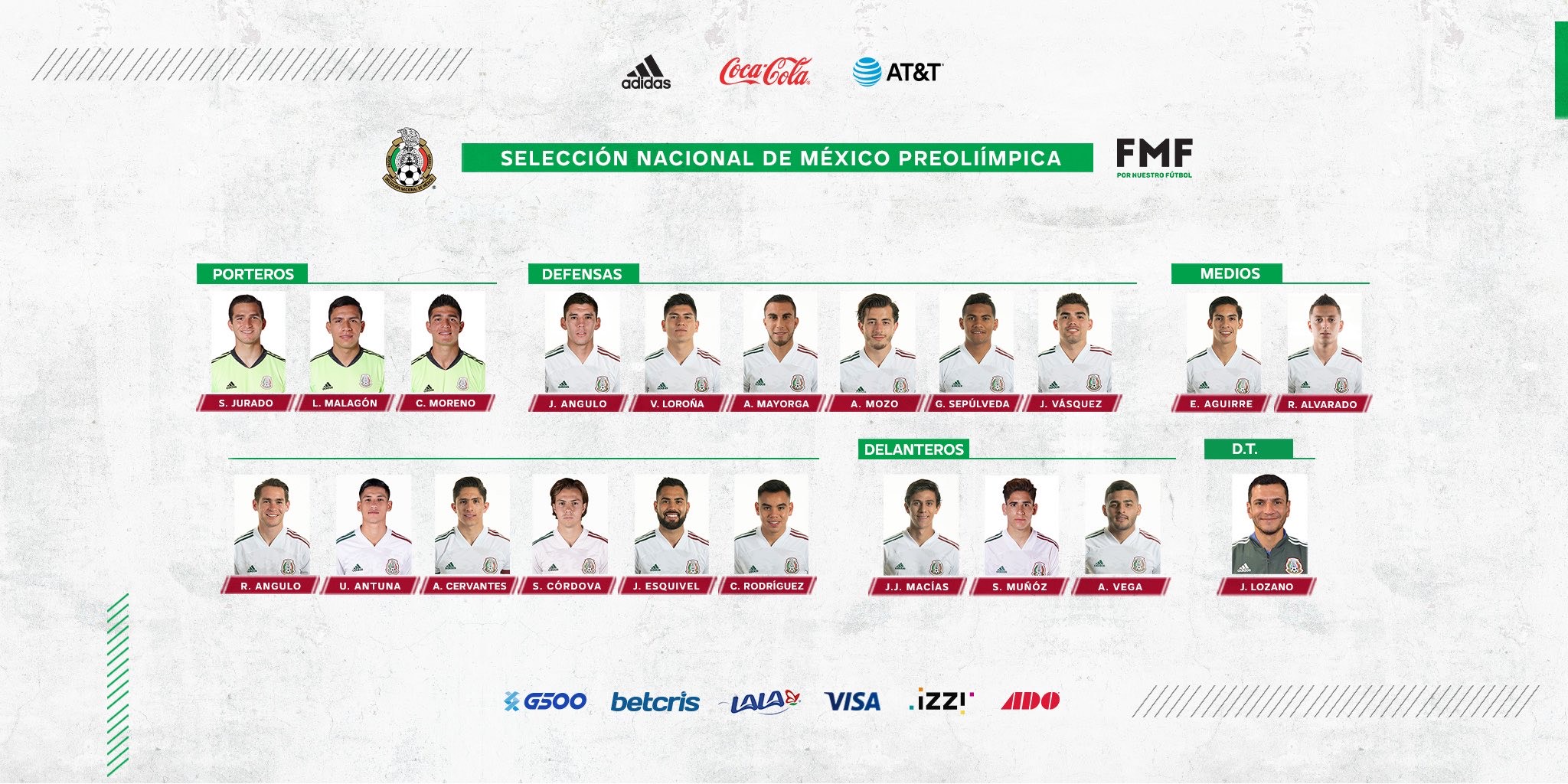 The side Lozano takes to his side’s World Cup qualification games at Estadio Akron is expected to be fairly strong, with senior national team regulars Roberto Alvarado (Cruz Azul) and Carlos Rodriguez (Monterrey) being permitted by senior team manager Gerardo ‘Tata’ Martino to take part in the tournament.

This final selection also is heavily based around the team which plays its home games at Estadio Akron, with Chivas sending a cohort which includes defender Gilberto Sepulveda, striker Jose Juan Macias,  and winger Uriel Antuna.

The team also made two notable selections who caught the eye of the Mexico national team setup thanks to their performances during the Guardianes 2021 tournament–18-year-old El Paso native Santiago Munoz, who leads Santos Laguna in scoring in only his first professional (first team) tournament, and Necaxa goalkeeper Luis Malagon, who is the tournament’s leading shotstopper with 43 saves in league play.

Those players who were not selected would likely train with the senior national team with an eye toward featuring in Gerardo Martino’s side when they travel to Europe to face Wales and Costa Rica. Among those players not called in was LA Galaxy winger Efrain Alvarez, who has represented El Tri until the under-20 level but accepted call-ups into under-23 and senior international camps with the country of his birth, the United States. Alvarez was included in both El Tri’s and The Stars and Stripes’ preliminary Olympic lists, but has yet to make his final choice of national team. Alvarez would not need to file a one-time switch in order to represent El Tri but would need to do so should he choose to represent the United States.

The Stars and Stripes also happen to be one of Mexico’s opponents, along with Costa Rica and the Dominican Republic, whom it will encounter in the Olympic qualifying tournament’s opening phase. El Tri and the Stars and Stripes will face off on March 24, six days after the start of the tournament known as the Pre-Olimpico.

Below is the full list of players who will take part in the Olympic qualification tournament.