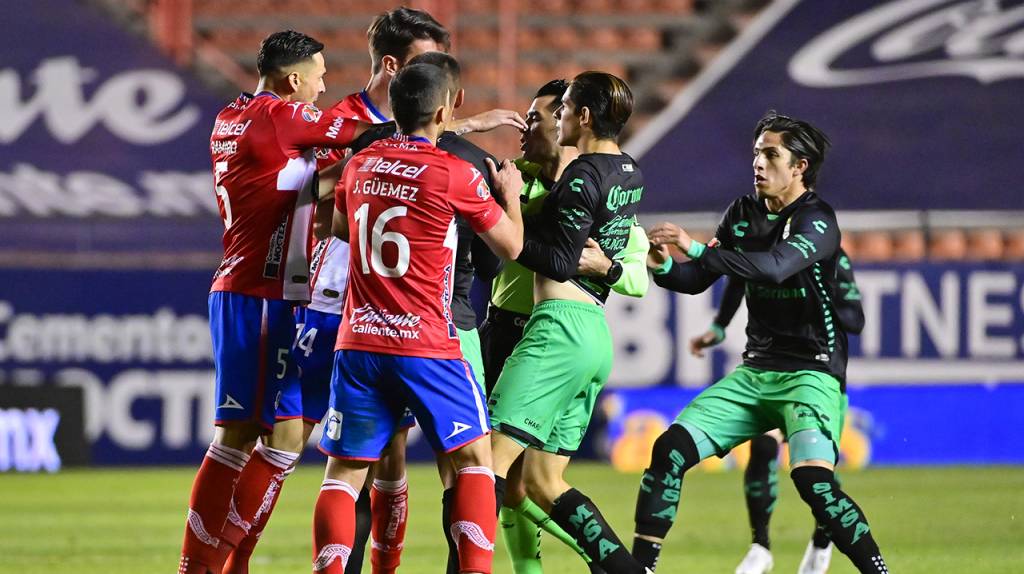 This week we had two incidents that strike at the integrity of the game, and how they’re handled by the league and federation will ultimately reflect back on the perception of the league. Everyone reading this is already doing so because on some level, you care about Mexican soccer. You cared enough to click the link and read this, and therefore hopefully you care about the outcome of the final two subjects. I did want to talk about one more incident not only because this column is called “Three Things about Liga MX” but because ultimately, the league is fun and shouldn’t be a total downer.

1.) The Good: Tigres – Their Club World Cup performance aside, Tigres has looked absolutely pedestrian this season. That is until they put an absolute beating on Tijuana Saturday night. Xolos came into the game having given up just four goals in six games and with Tigres looking anything but dangerous, I was convinced they’d be on the wrong end of a 1-0 loss. Instead, they somehow flipped a switch and looked like the Tigres team that they always could be (but so often aren’t), creating turnovers and transitioning quickly to an offensive run. André-Pierre Gignac was instrumental in two of Tigres goals, Nicolás “El Diente” López broke out of his funk and scored two, and were it not for two goals by Xolos late in the match this game might have been one of the few things to make Tuca Ferretti smile (probably not).

2.) The Bad: Federico Viñas – During Saturday night’s match between Atlas and Club América, the television cameras did a shot of the América bench and specifically Federico Viñas. The problem was that Viñas was not on América’s gameday roster, and this violates Liga MX rules. According to the rules they should forfeit the match and Atlas would officially win 3-0. Is this fair? Not really. Since Viñas was little more than a spectator, to me it’s not something that justifies a forfeiture. The rules are pretty clear though. Atlas has filed a formal complaint with the league, and the league needs to abide by its rules. I’ve been watching the league long enough to know that while the rules are often merely suggestions, at some point the league needs to be stricter and take a stance. They should consider changing the rule next season so that this sort of infraction is a fine instead of a forfeiture, but they should not get into changing rules on the fly to suit situations because inevitably it calls into question the impartiality of the league.

The league has since announced they will be sanctioning America, revoking their 2-0 win and giving Atlas the 3-0 victory instead.

3.) The Ugly: Atlético San Luis – In the first match of the week, Atlético San Luis embarrassed themselves and Mexican soccer. Not only could members of the technical staff be heard using homophobic slurs when manager Leonel Rocco was sent off, but in stoppage time at least one player and members of the technical staff are alleged to have racially abused Santos Laguna center back Félix Torres. Bear in mind that this is the same club that allegedly had fans making racist chants against Miller Bolaños in 2019. As disgusting and abhorrent as all that is, they somehow made it worse when the club issued a statement that seemed to imply that Torres was more in the wrong because he pushed a ball kid.  To make matters worse, Rocco went on an Uruguayan program and said that Torres was making up the allegations of racism to cover up him pushing the ball kid.

What on earth is wrong with this organization?

In my opinion, the organization should suspend those involved including Rocco immediately pending the outcome of the league’s investigation. It should formally apologize to Torres, to Santos, and to the league before the investigation is completed to try and repair some of the damage done. Whether Torres pushed the ball kid (it appears as though he did) is a separate matter and should be dealt with as such, but the club needs to state clearly that there is no excuse (including pushing a ball kid) for racist abuse. Anyone found by the league’s investigation to have made racist or homophobic slurs should be released immediately. There were no fans in the stands and everything was mic’ed up for television. Again, how this is handled will reflect back on the league and set a precedent because unfortunately this sort of nonsense is still happening.