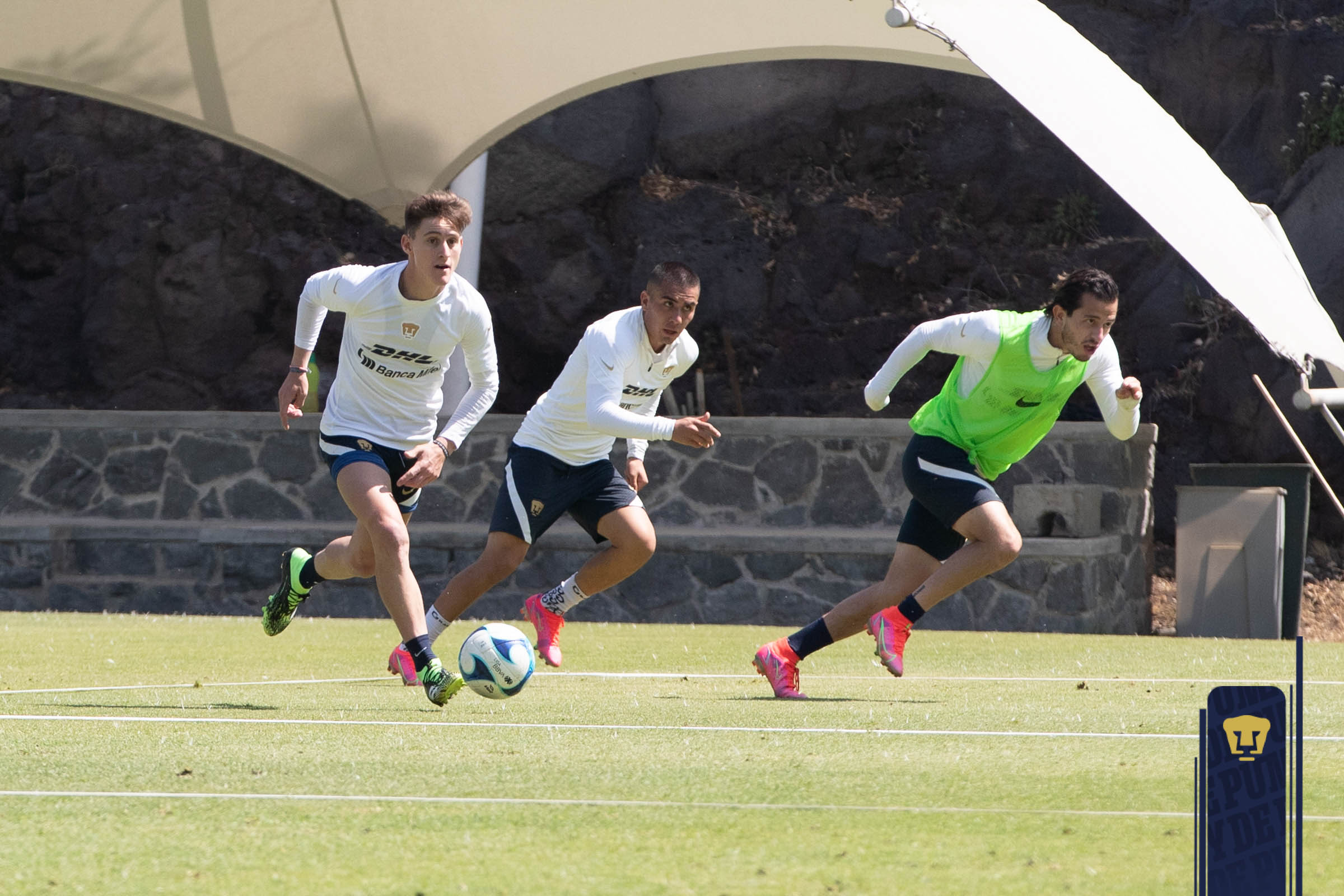 The halfway point of the regular season is fast approaching, and there is little time to waste as teams jockey for playoff positioning. Here are four of this round’s most enticing encounters:

As surprising as it may sound, a meeting of Liguilla contenders is set to take place at the Alfonso Lastras. Tigres are consistent title challengers, but San Luis are far less accustomed to battling in the upper reaches of the standings. They could shoot up to third with a win over Tuca’s team, which would represent their highest placing since they returned to the top flight ahead of the Apertura 2019.

New manager Leonel Rocco has worked wonders so far with Los Rojiblancos, who have already claimed scalps over Santos and Chivas this campaign. January buy Damián Batallini has proven the ideal foil for Nico Ibáñez in attack, and those two will hope to engineer another high-profile upset.

Tigres will not roll over easily, however, and they served notice to the rest of the league with a sublime first half showing against Tijuana. A second straight victory would vault them into an automatic playoff position, and that should be motivation enough to vanquish their plucky hosts.

Were it not for another postseason collapse from Cruz Azul, these two teams would have squared off in the Guard1anes 2020 Final. León went on to lift the title, but their struggles so far this term make the visitors the favorite ahead of what promises to be a titanic tilt.

A classic case of “campeonitis” has struck the Bajío boys, who are languishing in 14th place despite last weekend’s win over Pumas. Ángel Mena was decisive at the Estadio Olímpico Universitario, and the electric Ecuadorian will be key to Los Esmeraldas’ hopes of climbing up the table.

The onetime Cruz Azul player has shone for his current club since abandoning the Mexican capital in 2019, but his old side hardly miss him. They have plenty of attacking talent of their own, and that embarrassment of riches was on full display in Saturday’s 3-2 triumph over Toluca. Guillermo “Pol” Fernández continued his renaissance with a stunning volleyed winner, while Roberto Alvarado got his first goal since December 4th.

Those are just two of the eight players who have gotten on the scoresheet for the league’s deepest attack, and León will have to recapture the defensive diligence of last season in order to keep the visitors quiet. If they fail to do so, La Máquina will have every chance of collecting a sixth straight success.

A rematch of the 2019-20 Copa MX final presents the perfect opportunity for Tijuana to show how far they’ve come. They were swept aside by a superior opponent over both legs of that cup showdown, but Pablo Guede’s troops have been on an upward trajectory since then.

Last weekend’s 3-2 defeat at Tigres broke an eight-game unbeaten run, and the club deserve plenty of credit for sticking with their manager. Guede could have easily been kicked to the curb after a disastrous Guard1anes 2020, but his boss’ faith has paid dividends. Xolos are flying high in fourth and look capable of securing a Liguilla spot.

A revamped offense has been instrumental in the turnaround. Winter arrivals Junior Sornoza, Mauro Manotas and Fidel Martínez have fit seamlessly into Guede’s setup, with the latter proving a particularly potent weapon. The “Ecuadorian Neymar” has struck four times in just 381 minutes.

Martínez and company will have a tough task on their hands at the Gigante de Acero, however. Rayados have been disjointed going forward under new head coach Javier Aguirre, but they have been nearly impenetrable at the other end. They’ve conceded only twice in six contests and are on pace to become the most miserly rearguard in the history of short tournaments. That solidity should make the difference on Sunday.

It’s a “Big Four” battle at the Akron. Chivas and Pumas are two of the league’s leading lights, but they have both flattered to deceive in 2021. Both are mired in the table’s nether regions, and points must be picked up quickly in order to regain ground.

Despite a shoddy second half against Pachuca, El Rebaño Sagrado seem closer to a winning formula than Sunday’s foe. They struggle to break down sides that sit back and seek to soak up pressure, but even still they had two gilt-edged chances to take a two-goal lead at the Estadio Hidalgo.

The 12-time champions were ultimately fortunate to secure a share of the spoils against the division’s cellar dwellers, but they tend to raise their level in the most important matches. They’ve beaten Tigres, León, Monterrey and América (twice) with Víctor Manuel Vucetich at the helm.

Pumas are not currently at the level of any of those outfits, and they must find a way to score for the first time since January 17th before they can think about climbing up the classification. Juan Dinneno could be in line for a first start in more than a month, but it remains to be seen if the Argentine’s presence can save a sinking ship.