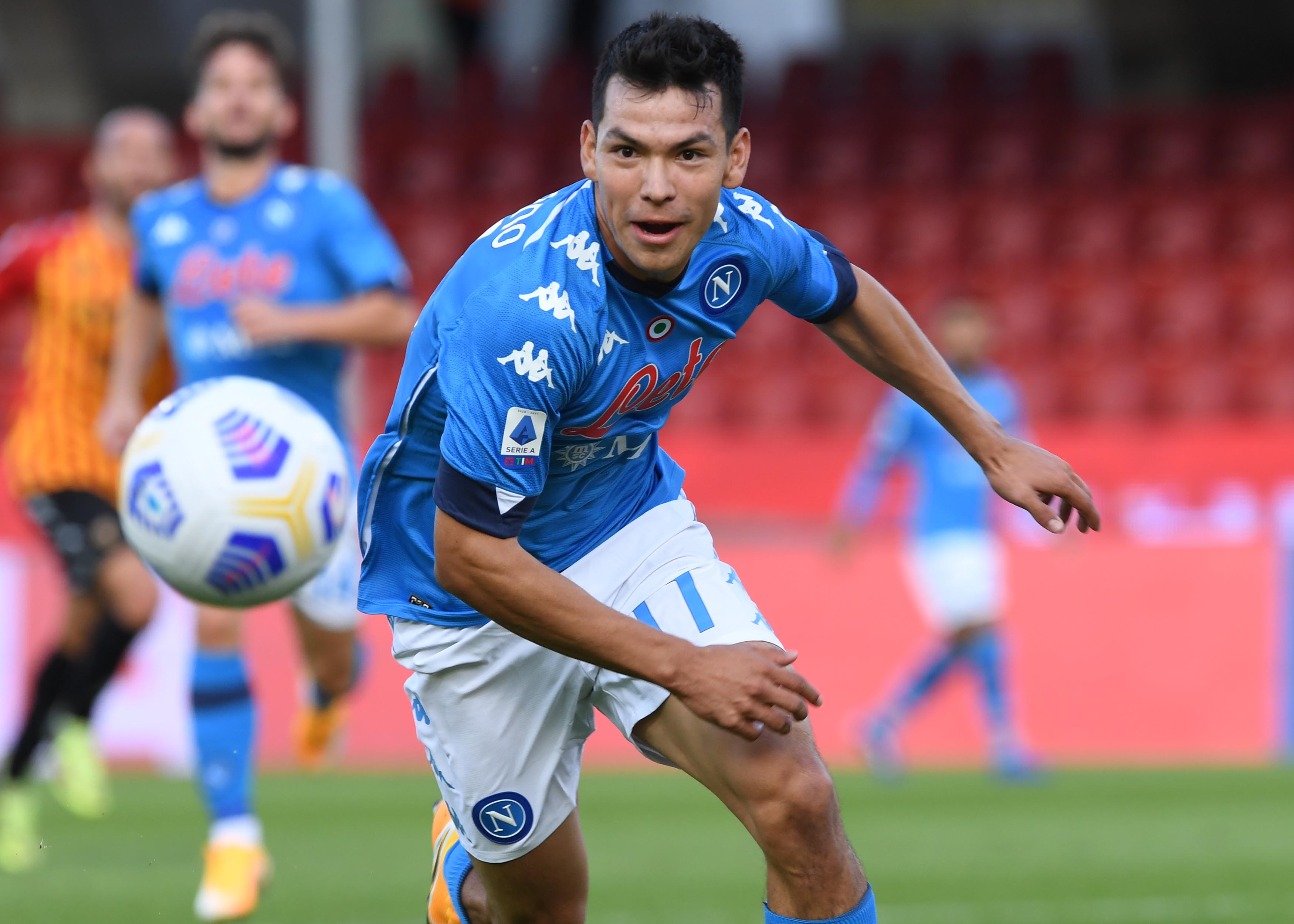 Chucky in the Heartbreak

Hirving “Chucky” Lozano saw action twice this week, playing all 90 minutes in both competitions. Napoli’s first heartbreak came against Atalanta BC in the second leg of the Coppa Italia. After a disappointing draw in the first-leg, the Gli Azzurri looked to strike hard and often to attempt to advance to the Coppa finals. Unfortunately for the Blues, their opponents found favor from the Italian soccer Gods taking an early 2-0 lead before the half. Chucky scored in the 53rd minute with an acrobatic maneuver in front of the net, which caused havoc and disoriented the Atalanta defense. Lozano and the Azzurri could not duplicate their efforts and the Black and Blues added to their lead 3-1 thanks to Pessina’s brace in the 78th minute.

After losing 2-0 against Juventus in the Supercoppa Italiana Finals last month, the Gli Azzurri looked to become the heartbreaker this time. After a heated and physical battle, the Zebras could not penetrate the Blues stubborn defense. Meanwhile, Napoli and their captain Lorenzo Insigne took advantage of a penalty in the 31st minute, taking the 1-0 lead. This was enough for the Parthenopens victory. Chucky played the full 90 minutes and sustained a second-degree sprain to the hamstring in his right thigh according a statement released by the club.

Celta Vigo had their hands full as they faced off against Atlético Madrid who were riding an eight-game winning streak in La Liga. Celta relied on Néstor Araujo’s defense to hush the league’s top goalscorer Luis Suarez. Los Celestes took an early lead in the 13th minute thanks to an individual effort from Santi Mina. The early goal put the pressure on Los Rojiblancos and Suarez to counter. Néstor and his boys put up a valiant fight until the end of the half. Suarez and his team unleashed hell and scored back-to-back goals to end and start the half in the 45th and 50th minute. Celta’s defense shook the dust off and held strong for the rest of the match. Araujo and his boys kept Los Colchoneros at bay and gave their offense a fighting chance. Their hard work and endurance paid off as they found the equalizer in the 89th minute thanks to a Ferreyta score. Néstor played the full 90 minutes and continues to be one of the most active Mexicans abroad. Araujo added another 90 minutes and three points last week defeating Elche 3-1 on Friday.

Edson Álvarez started the last two games for Ajax and played the full 90 minutes in both encounters. The young Aztec is starting to regain his form and the confidence of his team and skipper Erik ten Hag. The Lancers pulled off two hard-fought victories last week with Álvarez in the lineup, 2-1 versus PSV (KNVB Cup) and 2-0 versus Heracles (Eredivisie). Unfortunately, we did not see Edson’s fellow countryman Érick Gutiérrez in action as he remained on the bench for PSV.