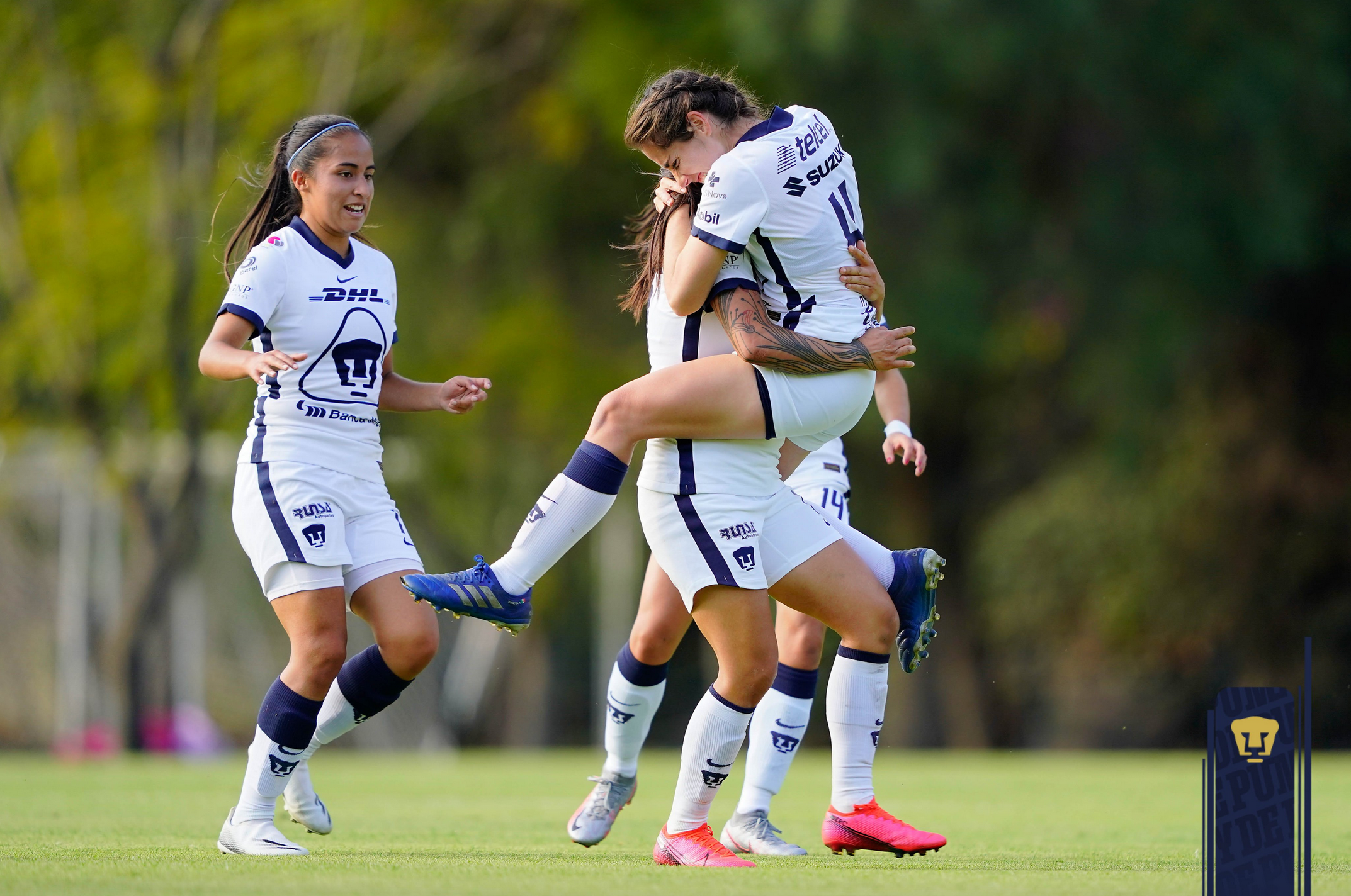 A week without a Regio team in the top two positions. That’s all that needs to be said. Here are my three things for Week 3.

This isn’t a fluke from Pumas. Three games. Three wins. Nine Points. Eight goals scored. Zero goals conceded. Superliders. I spoke last week about how Pumas’ real test would come at the hands of Rayadas and the 3-0 victory they were able to produce validates the hard work they’ve shown in the first two matches of the season. Their first would come in the 37th minute when a corner kick would lead to Fabi Santamaria’s header to get past Lozoya (who subbed on for a wounded Alex Godinez) and give Pumas the one-goal advantage before the end of the first half. Pumas would then capitalize on Rayadas’ lack of organization, with a counterattack goal from Laura Herrera and a sitter from inside the box from refuerzo Marlyn Campa.

It was Pumas’ first victory ever against Rayadas, a team who despite the ten-goal start of the season, does raise managerial concerns as the competition seems to spread out within the league. Nonetheless, it’s a great moment for Pumas and one I’m sure the organization hopes continues on for the rest of the regular season and beyond.

America is floundering very quickly very soon. A team with a loss, a victory and a draw in their first three matches signifies inconsistency, America’s new identifier given their lack of a proper one. The signings are there. Even with the loss of Marlyn Campa and Dayana Cazares, America turned around and signed Janelly Farias, Fernanda Piña and Mayra Pelayo, among others. Add those with the players already in the squad including Daniela Espinosa and it’s worrying to realize this team is struggling the way they have. They currently sit in ninth place, out of playoff contention and frankly, have been fortunate not to end their last two matches in losses. Leo Cuellar has stated that while everything appears to look good at training, the team has trouble to translate that skill during matches and are “stuck in a mental hurdle” that provides an advantage to the opposing side. Their next match against a third place Toluca will likely not be easy while Necaxa should be easy points. Still, it’s too soon to be thinking of this America under such cushioning conditions. Something must change. Managerial or otherwise.

The playing field is leveling out. There will still be your Xolos and the unfortunate Necaxa that will end up in a place you expected them to but just three weeks in, we have begun to see the parity that league is capable of. Pumas currently sits in first with Chivas and Toluca just behind them. Former champion Tigres and runner-up Rayadas are respectively in sixth and seventh. I only received three points out of a possible ten from this week’s quiniela. While last season’s Clasico Regia was still as entertaining as ever, the young league deserves more variety in champions. It’s early but it looks like it might happen this season.

BONUS) Alison Gonzalez got to 40 goals with Atlas, has five goals in three matches and is single-handedly responsible for every win this season for Atlas. Amazing.