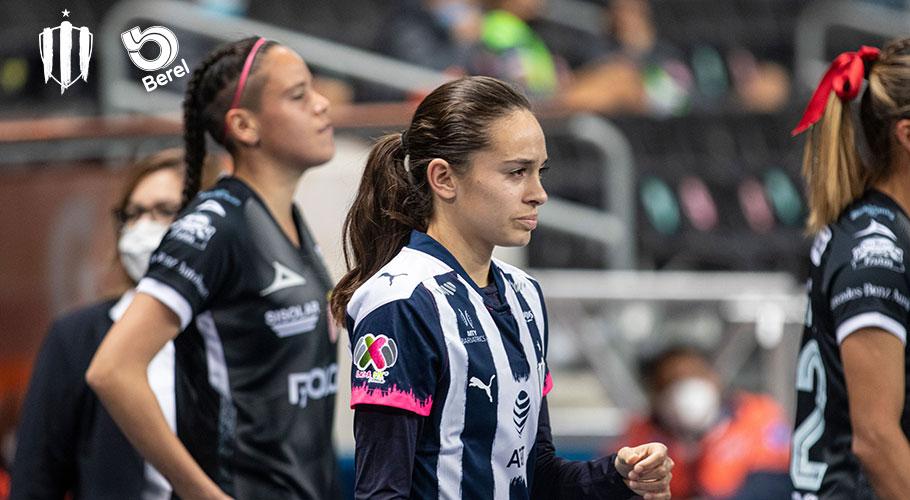 Only one draw took place in the second week of Liga MX Femenil action and even that draw came with its own share of emotions. From positive starts to underwhelming performances, here are my three things for Week 2.

Watch the young ones. She did it again and this time, Alison Gonzalez did it against her former club – the same club that just came off of winning their historic third title. A talented player that struggled to find her place within the starting XI over in Nuevo Leon, Gonzalez isn’t a big fish in a small pond with Atlas. She was a fish that needed more space to swim. The clinical finishing that was created by an individual person while an entire team struggled to convert their own chances supported the case of many believing the 18-year-old is not from this planet. It was a strong but quietly assertive performance from Gonzalez.

A performance not unlike that of Aylin Avilez. While the 17-year-old Rayadas player didn’t take charge of the 5-0 victory over Necaxa all on her own, this fish in her own right was finally to swim longer and more freely. Not only did she start the game but just 32 minutes in, scored her first of two goals in the match. The goal showed control and composure with a breath of personality that should get fans and national team directors alike excited for what else this young player will grow to learn. It’s an exciting time and regardless of the required minimum minutes teams are asked to give their youth players, it leads to hopeful progress continuing for Mexican Women’s Soccer.

Pumas currently sit in second place. Enjoy it, Universitarios. Pumas is in fact in second place. Ahead of Tigres. Ahead of Atlas. Just behind Monterrey. It’s looking very positive. These last two matches have been strong victories with impressive goals. A strong turn and shot from Daniela Garcia for the first one against Puebla and two more that were assertive in their own right. Going up against lower teams can sometimes be a challenge, with a fear of stooping to their level of tactics but Pumas have stayed true to the style while gaining confidence – something that will prove useful as they head into their next match against Monterrey. Even if that match ends in an unfavorable defeat, it will benefit them to learn from their mistakes early and keep that confidence as they enter Weeks 4 and five against Necaxa and Juarez.

Without proper investment, there can be no real progress. Two things happened on Tuesday afternoon. Mexico women’s soccer fans rejoiced as Monica Vergara was named head coach of the senior squad followed by Maribel Dominguez and Ana Galindo taking over the U20 and U17 squads. In a historic moment, three women would be at the forefront of women’s soccer development.

A few hours later, we got notice that Fabiola Vargas would be dismissed from her duties as head coach from Necaxa – a team that has struggled since the beginning of the league’s creation to get victories, points and real support. And it’s not just Necaxa. Xolos hasn’t struggled for as long but is starting to create serious worry since the departure of Carla Rossi. Even as we celebrate this historic moment for the national team, it doesn’t dismiss the fact that there has been no activity since March of last year and there was no indication from the federations press conference on Tuesday of when that activity will come. Vargas was given toothpicks and told to build a house. Without a serious interest in improving the game, nothing will change.