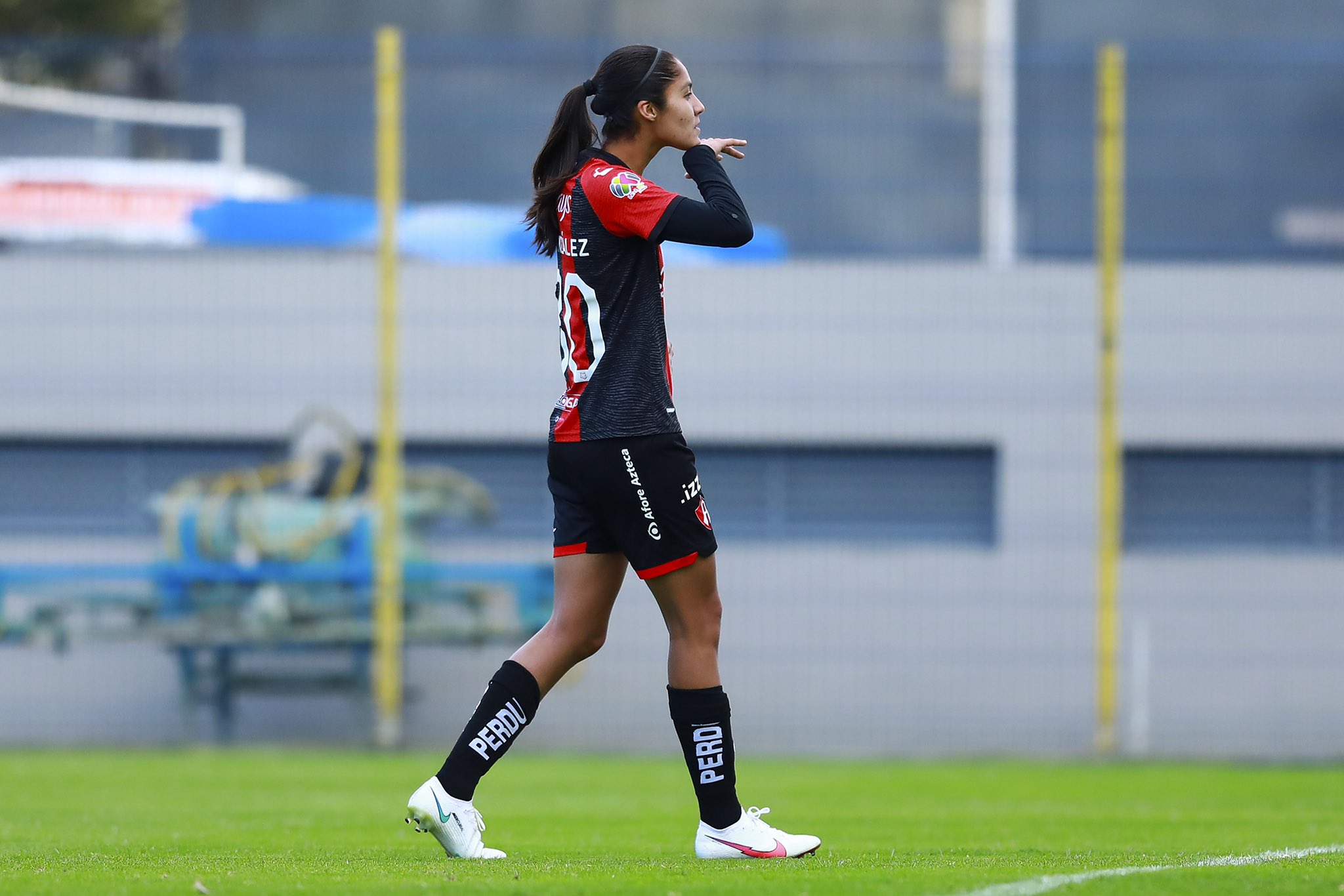 The seventh edition of the Liga MX Femenil kicked off this past weekend with some exciting fixtures (not a single match ended in a draw) and not-so-exciting delays (Santos vs. Puebla was postponed due to COVID cases). As we work to keep adjusting our lives to the times, the Liga MX Femenil offered up some key moments of positive distractions. Here are my three things from Week 1.

Some of the refuerzos are proving to be beneficial while key players still maintain their foundational importance. Of all the dramatic departures that were seen during the winter preseason, some of the biggest signings of the season included Dinora Garza and Marlyn Campa for Pumas, a team that has struggled to be anything more than a playoff team with no titles since the start of the league. The calls for the managerial changes started during preseason but the tune might change after seeing Pumas’ strong closing 2-0 victory over Xolos. Garza subbed into the match in the second half and quickly showed the Rayadas experience she is able to bring with her, taking just two quick touches in the 82nd minute before taking a strong shot outside the box to gain the lead for Pumas. Marlyn Campa would then earn a penalty for her new team in the 93rd minute to give them the two-goal lead. With strong attacking options up top and new defensive additions including Marylin Diaz and Lucia Rodriguez, the team could reach new heights this season.

As change begins to work well for some teams, the development of existing players is proving useful and entertaining for others. No one else proved this more than Atlas’ own Alison Gonzalez in Atlas’ 2-1 victory over America. After losing out to Katty Martinez in the Golden Boot race off a deflected last-minute shot last season and the heartbreaking upset elimination from Queretaro in the playoffs, Gonzalez understandably seemed to have a chip on her shoulder. In Atlas’ inaugural match, she proved not just the value she brings to the team but the danger she possesses of being able to change the game in a matter of minutes. The converted penalty that was perfectly placed past Masciarelli’s hands showed her technical ability but her second goal outside the box after America had just leveled the match was so well-orchestrated that even Leo Cuellar claimed her as the best player in the league in the post-game press conference. It will be an exciting season for the future star of the national team.

Rayadas is looking strong. Granted, calling a Regio team “strong” is like calling water “wet” but to travel away for your first match of the season and assert yourself with a 5-0 victory makes for a good first impression. The goalscoring started early, with a cheeky goal from Diana Evangelista in the 5th minute to gain the lead. The rest of the goals would take time to come, with veterans Desiree Monsivais and Daniela Solis converting the next two. But the most promising aspect of Rayadas’ perceived strength came from the final two goals scored by 17-year-old Aylin Avilez. A player whose minutes and starts have fluctuated since joining in 2018, it was encouraging to see her take only 17 minutes to show the intelligence she has to claim her space, take her shot or follow through even when her touch is off. Becerra would do well to give her more minutes next jornada against Necaxa.

Despite the drama of preseason, Chivas seems to be moving forward. It wasn’t pretty and one of the goals was technically an own goal from Juarez but after so many unfortunate departures, to see Chivas maintain the lead and gain the three points was a necessary confidence booster. Blanca Felix maintained the clean sheet (and even ran into the post in the process). Caro Jaramillo earned a goal and a spot in the week’s Starting XI. Jacqueline Rodriguez had the most crosses of the week and Chore Mejia showed an assertive stance about looking ahead. As my good colleague said:

The main thing was getting the result, which should boost confidence. The team will need time to adjust, but there are some interesting elements to look into, like Isabella’s contributions, and the potential to have Licha + Yashira together.

BONUS) What good is the league if the Senior national team isn’t watching? This question is hyperbolic in its intent. I don’t know that the senior national team isn’t watching. But as the league and broadcasters pointed out U20 National Team Coach Monica Vergara’s presence during the Atlas-America match, the underlying question began. Where is Christopher Cuellar? Last year saw a lot of sacrifices take place in the sports’ world but none were as significant in the Mexican Soccer realm than the loss of women’s national team matches. While we watched the men’s side scramble to find rivals, test players and arrange appropriate protocols for their players to have friendlies, not a single senior women’s match was played. Not even a camp was put together for developmental reasons. And as everyone watched as Vergara gave Alison Gonzalez a warm embrace at the end of that match, one couldn’t help but be worried that all the work that is being done throughout the league and throughout the youth squads will be tarnished by a coach that doesn’t make himself more present in domestic matches that matter. That a player like Alison Gonzalez is leaving the apparent investment of Vergara to a perceived negligent manager.