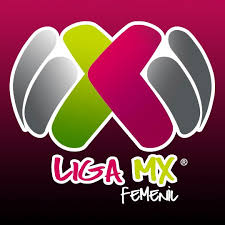 The Guard1anes 2020 season might be playing its semifinals, but other teams are already announcing their departures, with some of them even having started their preseason already. We’ll see if the number of cutoffs stays about the same or changes, compared to last season’s record breaking 100+ player departures.

Atlas have not reported any moves.

Atlético come off a season that showed some improvements under coach Rigoberto Esparza, and ended up ranked 11th, with a new record of 17 points.

Xolas have not made any moves official yet.

Cruz Azul’s case was an odd one, as they announced their player departures days before they confirmed their head coach was also leaving. The main surprise was Brenda García, who started in 10 games during the season. Karime Abud had initially been announced as leaving the club, but in the end stayed.

The team appointed Roberto Pérez as their head coach. Pérez has no previous experience coaching women’s teams, but had a great track record with Cruz Azul Hidalgo, the club’s third division team. Under his tenure, CA Hidalgo led the league, boasting the best attack and defense of their tournament.

After finishing the season ranked 17 out of 18 teams, Juárez announced the departure of head coach Gabino Amparán after two seasons leading the team. So far 3 players have been also cut from the team, including midfielder Selena Castillo, who had 13 starts and 2 goals this season, and Alexa Frías, a former champion with Rayadas who also had 13 starts.

After announcing last season that they would not cut any players from the roster, as a measure to protect them amid the uncertainty of the pandemic, it was somewhat expected that Chivas would push all their departures to the winter transfer window. It was just a matter of who would leave. Daniela Pulido, Samara Alcalá, Gabriela Huerta, María Fernanda Ayala, Priscila Padilla, and Lupita Velázquez were never quite able to consolidate themselves with the team, or where starters during the first few seasons that were not able to keep up.

The biggest surprise came in the announcements of Janelly Farías leaving the team, and Andrea Sánchez being listed as transferable. Farías made history as Chivas’ first dual national, but was unable to play this season after getting shoulder surgery. Andrea Sánchez was one of the remaining players who had been with the team since the Copa tournament, as well as the title run. A national-team level left back, Sánchez had revealed her relationship with the team was on a bad spot after posting on her social media that she had not even been called up to the return leg of the quarterfinals (which Chivas lost to América), and that she didn’t know the reasons why. María Sánchez, Norma Palafox, and Nicole Pérez have also left the team, with Palafox announcing she’ll join Pachuca once she finishes her 2nd stint at Exatlón.

León had a disappointing season, as the signings of Lucero Cuevas, Esmeralda Verdugo, and Brenda Viramontes raised expectations on the team. Poor results led to Everaldo Begines being fired on September, and León finished the season ranked 13th.

The club has announced Scarlett Anaya, who is a former player with experience as an operative assistant for the Mexican National Team, as well as working as an analyst and scout for Chivas and Atlas. Having a person with experience on different aspects of the game besides coaching could be a great boost for a team like León, who have not appointed a sporting director yet.

Newcomers Mazatlán delivered a good season, ending up in 10th place and just 3 points away from a liguilla spot.

Despite qualifying to Liguilla, this was a subpar season for Pachuca, though it must also be said circumstances were at times against them (at the end of the regular season, all of their goalkeepers got covid and had to use field players to cover the position). Front office took notice and delivered the first big signing of the preseason: María Antonia “Toña” Is, who coached Spain’s u-17 women’s team to World Cup and Europe titles, will take over the team. Eva Espejo, who led the team since the pre-league Copa tournament, will now move to sporting director, stepping into a new role in the women’s team structure. It seems like exciting things are ahead for the team.

An underwhelming season for Toluca, who are a team that has plenty of young talent (they fielded 11 youth players this season, accumulating 6579 minutes, the most of all teams). No coaching changes have been announced yet.

Teams that have changed coaches: