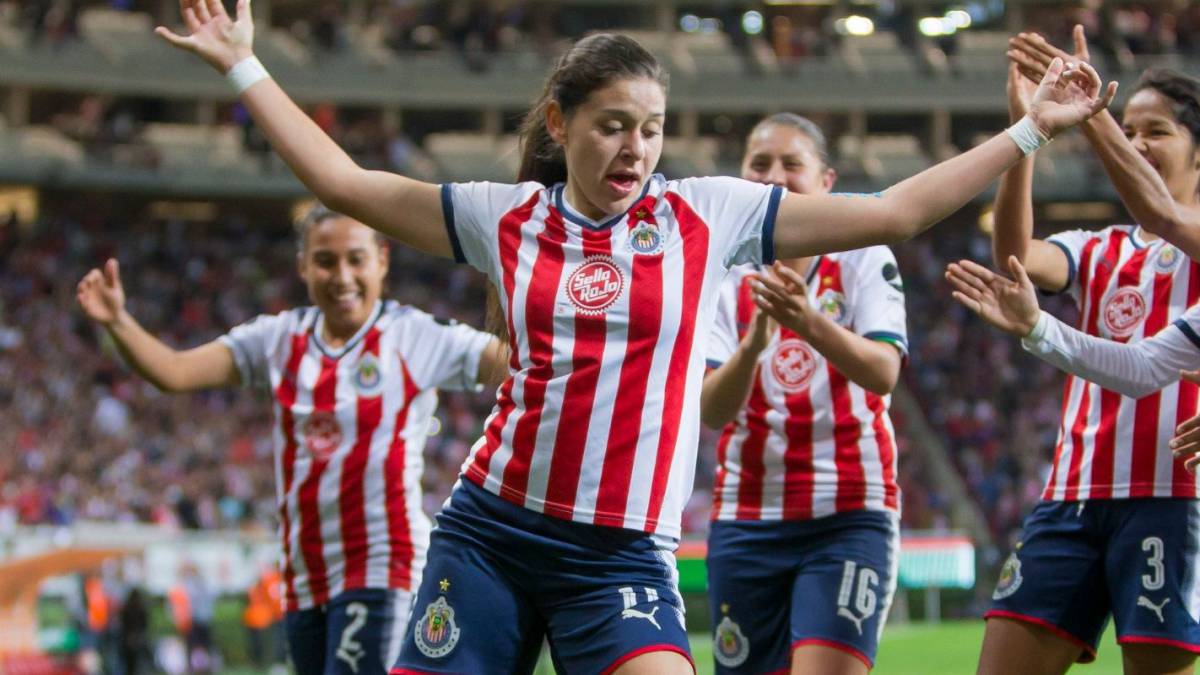 This was going to be a recap on the season, focusing on what the team needed to build upon ahead of their next one. But given the recent events surrounding Chivas Femenil, I decided to scrap the piece while keeping the first and last paragraphs I had already written as they reflected the beginning and ending of the team’s past and present journeys. What will change is only how we get there.

Recapping The End of The Season

It was an interesting season for Chivas Femenil. One of their best in the league’s three-year history, setting some exciting records along the way, and yet… it ended on a bitter note as they were knocked out by rival América on the quarterfinals for the second time in a row. So much changed (different coach, improved roster), and yet so much remained the same, as Chivas lost the first leg unable to score, only to try to mount a comeback that was so close, and still, so far from what they needed.
After the season ended, there were positives and negatives: The team lost both regular season Clásicos, and Chivas had enough chances to beat América, but failed to convert them into goals. But there were also reasons to be optimistic about the future. They set a new record of points and goals scored, with Norma Palafox and Alicia Cervantes setting goal-scoring records both for an individual season and historically for the team overall. María Sánchez led the league in assists while Nicole Pérez and Carolina Jaramillo had done great work in the midfield. It seemed that the team only needed time for the coach and players to grow together and improve their weaknesses.
The optimism would be short lived, as a series of events would lead to Chivas Femenil facing plenty of uncertainty over their future. After the team was knocked out of the tournament, leftback Andrea Sánchez, an undisputed starter for the team with national team experience, posted on her Instagram account that she did not know the reasons why she was left out of the team’s roster for the second leg, and expressed her disappointment at the team’s elimination. She no longer trusted that “just playing fútbol would be enough.”
After that, the team announced a list of five player departures (notably Janelly Farías, a national-team center back who missed the season after shoulder surgery), as well as listing three more as transferable, including Andrea Sánchez. One of the players cut, Daniela Pulido, then posted a video in which she explained she was retiring from fútbol, as she could not continue making a living with her current monthly wage of 4,000 pesos (200 dollars). She explained that despite being committed to all of the team’s activities and training sessions, she never received feedback on how to improve to earn a starting spot.
After the confirmed player departures, rumors soon started swirling about star players María Sánchez (league leader in assists) and Nicole Pérez (one of México’s brightest U20 prospects and a Chivas-developed player) as well. The rumors were confirmed by sporting director Nelly Simón, who also stated that they had chosen to leave the team to pursue other opportunities, and that the club would not try to retain any players who did not want to be at the team, hinting that more might leave.

The Signs Were Always There?


In retrospect, it like seems Ramón Villa Zevallos’s surprise exit in July may have caused a rift between players and front office, triggering the team’s dip in form just in the most critical moments of the season’s end. Simón also addressed Villa’s departure, mentioning that he “made a mistake off the pitch, and as we’ve seen on the men’s side, values are untouchable and the decision was made on an institutional level” without elaborating further as to what that meant. It’s interesting to note that out of the league’s four title-winning teams, Chivas changed coaches the most times with four. Tigres have had three, Monterrey two, and América has had zero in the three years of the league’s existence. Two of them, Luis Manuel Díaz, and current appointee Edgar Mejía, were emergency hires brought in with little time before the season began.

While Chivas Femenil were long overdue for a roster downsizing, losing some of its strongest players is a clear indication of there being some sort of internal turmoil inside the team. It was expected of players like María Sánchez and Nicole Pérez to leave to a league abroad, but if they end up signing within Liga MX Femenil side, that would undoubtedly signal that they left because the environment is not the best, or because the team is uncapable of offering wages or conditions that are attractive enough for them.
It’s also worth noting that Sánchez, Pérez, and Farías are all signed by the same agency (The Marketing Jersey), and if the team has damaged that relationship, this could potentially mean Norma Palafox and Miriam García — both iconic figures on the team — could be the next to leave, weakening Chivas even more and closing the doors on what was shaping up to be a powerful alliance.*
Nelly Simón also stated that: “Both players and fans need to understand that if it is professional fútbol, there are going to be changes (…) players go, players come, and that’s how professional fútbol is. We cannot be set on something, there are players who are have a big image in the club, but sometimes they need to leave. Others will have to arrive and (…) this is part of the change and it’s something they (the players) and people need to assimilate.”
Framing the situation like this feels short-sighted. Fans and players seem to be upset not just over the departures themselves, but over the way in which they happened. Chalking it up to a lack of maturity from fans or players ignores the issues with communication, which have also been brewing for a while. The lack of timely and clear information on Villa’s firing along with inconsistent injury reports only hurt the team, increasing outside pressure and speculation on both accounts.

Updated on December 17th: the team has also officially announced Norma Palafox will not be returning to the team next season.

As for what all of this means for the team’s future, the club’s stance is now clear: they’re backing Nelly Simón and coach Edgar Mejía and current players will have to take it or leave it. This will probably spell a few things for the next semester:

If on-the-pitch signings are scarce, Chivas would do well to look into coaching staff that can help on specific areas. A good goalkeeping coach that can help Blanca Félix regain her confidence, as well as continue developing youth talent Celeste Espino, could go a long way. Tere Campos, who is currently free and has experience with Pumas and Toluca, could be a suitable candidate. Making sure there’s a solid program to cover the psychological parts of the game would also be a way to help the team out during those certain mental blocks that form when playing the Clásicos or in tight matches.

It seems like the continuity of Simón’s tenure will now hinge on them pulling off something like Querétaro just did this season — qualifying with a roster that will be more limited than that of the contenders, and make it through at least the quarterfinals with careful coaching, a ton of grit, and maybe even a pinch of luck. While Coach Mejía has the potential to do this, the main question is if he’ll be able to instill the sense of unity and purpose Carla Rossi did to her team after recent events. It’s a risky gambit, but it’s the only card left to play that does not require a change of sporting director and/or coach. And it largely depends on their capacity to mend the relationship with the players.

The team has certainly been improving on points per match, on goals scored with each passing season for the past year and a half, but that has not translated into Liguilla results. There’s a ceiling that Chivas seem to be unable to break, even with coaching and roster changes. That ceiling will keep getting thicker if they stall and the rest of the teams become stronger.

When asked in a recent interview about when Chivas’ Men’s team could be champions again, Amaury Vergara was emphatic: “We’ll be champions when we deserve to be.”

Chivas Femenil haven’t shown they’re deserving of a championship yet either and haven’t been since the inaugural season of the league. They’ll need to do more than just stick some bandages over cracked walls if they expect their home to stay intact. Or else, I fear, we might very well be witnessing the beginnings of a collapse.