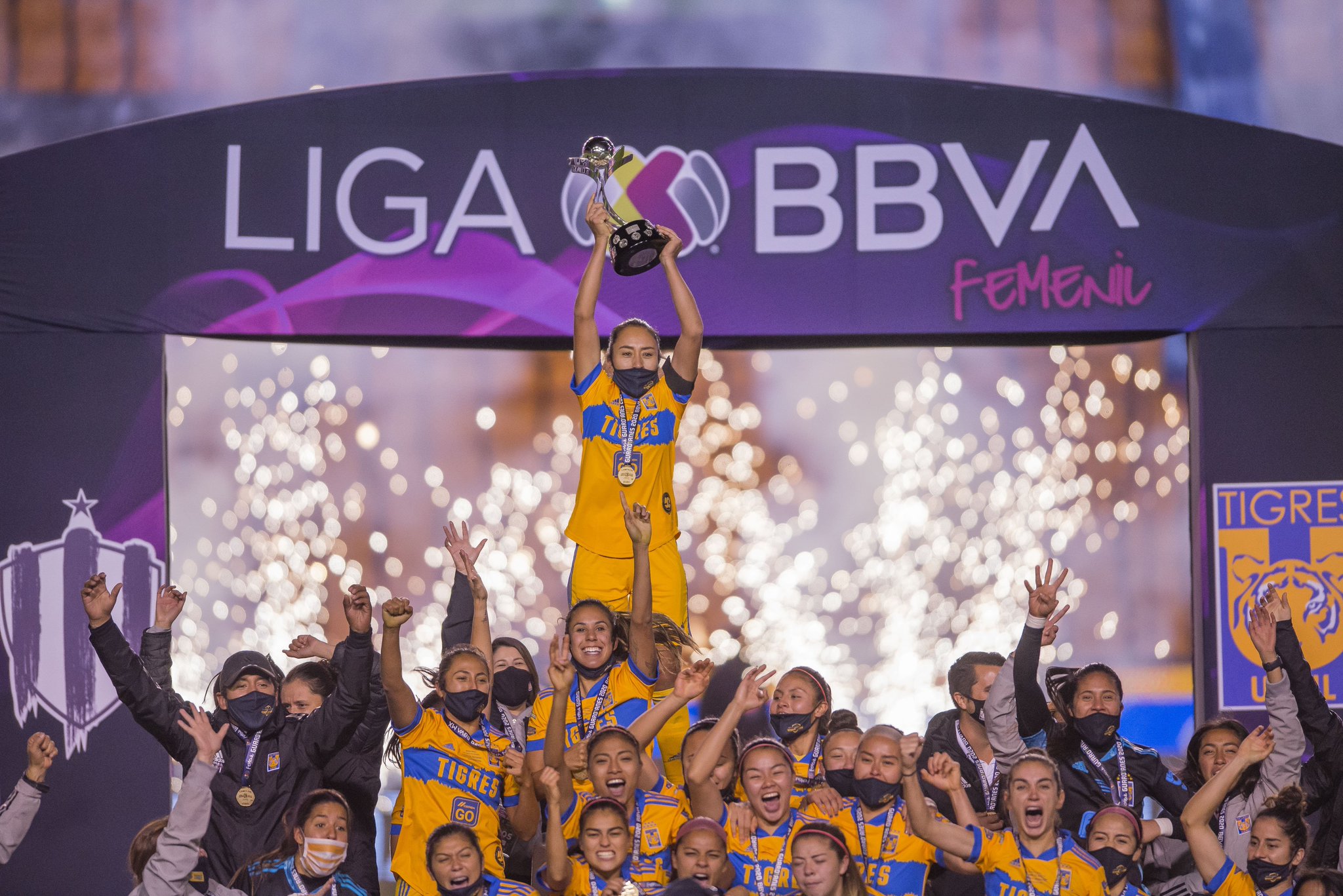 A little over four months to the day, after weeks of stunning upsets, spectacular goals and stellar performances, the Liga MX Femenil 2020 season ended with a Clasico Regia showdown that saw Tigres Femenil lift the trophy for the third time since the league began – the most of any Femenil team. Here are my three takeaways from the two-leg series:

If you give them a platform, people will watch. Even if you don’t, people will still find a way to watch. Perhaps it is the nostalgia aspect of watching sports conclude such an insanely abnormal year but the demand for this women’s final in Mexico was high, especially from fans here in the US. Unfortunately for us, the first leg last Friday was a Rayadas home game – which meant FOX Mexico had the exclusive broadcasting rights to the match. The broadcasting rights issue can be complicated between Mexico and United States, but the question still remains why a joint deal was not created after last year’s final that saw Rayadas lift the trophy for the first time in its history and, more important, helped break the Monterrey trophy drought FIRST (before the men’s final just a few days later). Regardless, a rough estimate of anywhere between 24,000 to 32,000 people went in search for that first leg on Friday. They engaged with the match, talked about it online and were overall digesting the match the way it deserved from an extended audience. And when one puts that level of engagement into context with the second leg — a home game for Tigres which made it available on TUDN in both countries, TUDN’s Facebook pages and on Tigres Femenil’s social channels – it’s not that hard to see how Tigres was able to beat the previous record of 33,000 viewers. At one point, they even reached over 40,000. We’ve seen it multiple times this year with different women’s soccer leagues across the country. NWSL’s numbers dramatically increased with the CBS deal and the Women’s Super League in England is doing well with their NBC deal. It’s not a fluke. People want to watch these games. Let them.

The best team won. It wasn’t an easy path to three-time glory for Tigres, but it created amazing entertainment for those third-party viewers consuming the final. Leading the series 1-0 off a lukewarm free kick from Lizbeth Ovalle scored in the first leg, Tigres was literally seconds away from being crowned champions. Then chaos ensued that involved a collision to start the play, Rayadas managing to get the ball from their side of the field all the way to the back of Tigres net thanks to Annia Mejia and forcing the game to be decided off a penalty shootout. But nonetheless, even with Rayadas’ final fight, their three missed penalty kicks would appropriately signify the shortcomings they faced against Tigres during this final series. Tigres Femenil – the top team of the regular season with the most goals in favor and least goals against with Golden Boot winner Katty Martinez – were the 2020 season champions. The best team won and deservedly so.

It wasn’t anyone’s best game and that’s worrisome for the league. There might be some pushback on this, and the pandemic is without question a huge factor in why teams didn’t play to their full potential but despite the excitement factor for this series, it wasn’t the best performance from either side. Tigres essentially gained the one-goal advantage going into Monday off a freekick that involved Rayadas’ goalkeeper Godinez losing grip of the ball. Ovalle also took advantage of not a single Monterrey jumping on that free kick to get the ball over said wall. In the second match, Rayadas failed to really produce a decent play outside of unjust offside call on Desiree Monsivais and their nail-biting equalizer in the 94th minute from Annia Mejia. Tigres Femenil, for all their glory, also had no goals in this match in regulation time out of all ten of their shots on goal and 22 crosses into the box. However, this was still an exciting match from the two best teams in the league. Which is the worrisome part.

I talked about it last week in the lead up to this final. Tigres has now proven to be the best team in the league’s history with three titles – titles that have all come from victories against… Rayadas. I don’t blame these two teams for their investment or the star caliber they are able to attract. I worry more about what these constant finals mean for the rest of the league and the rest of the players. The league is now beyond its initial emerging excitement and it would be better in the long-term for more teams to take a look at what the Regias are doing and take their projects more seriously.