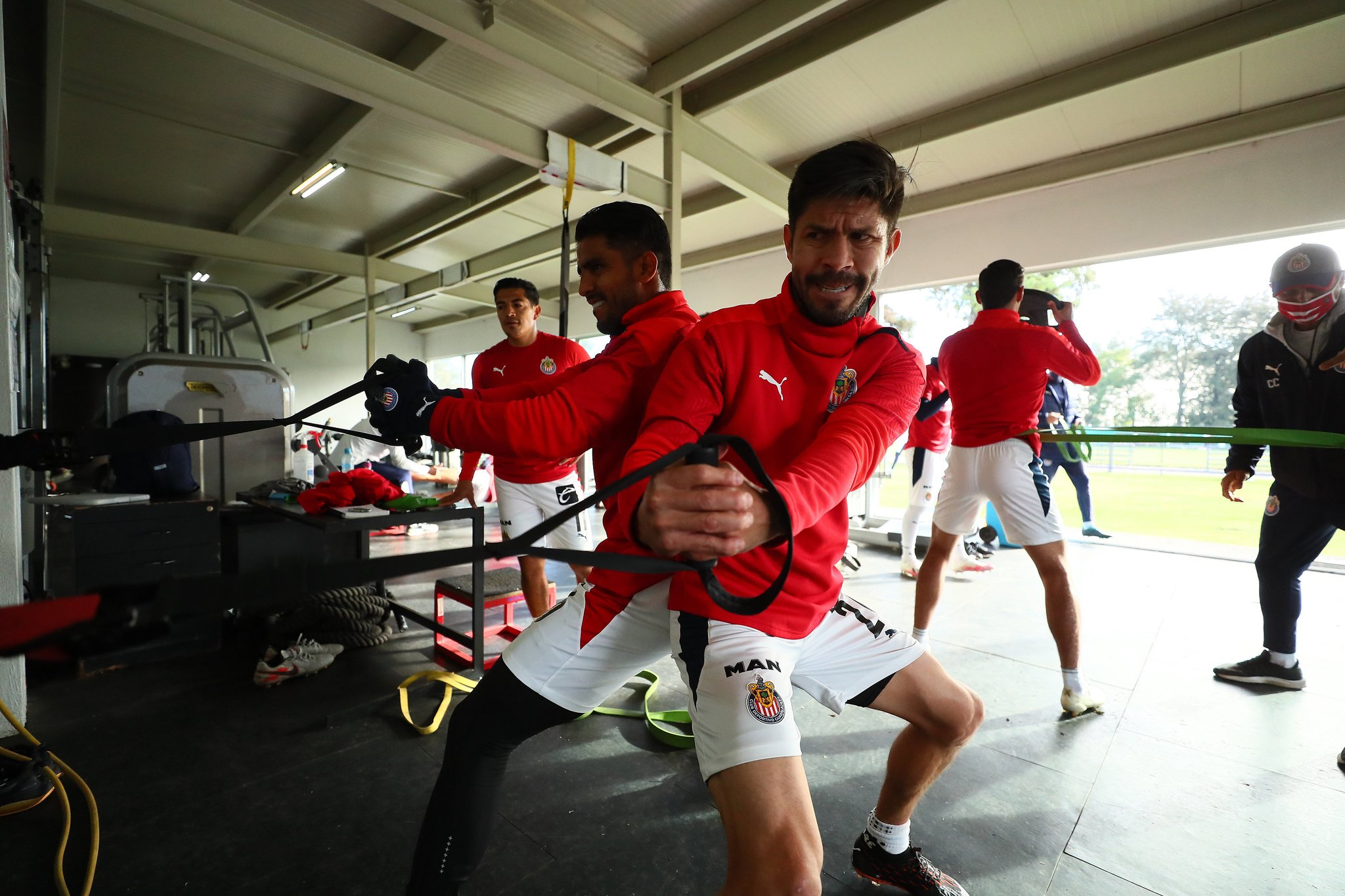 Chivas will look to kickstart their campaign against Toluca, while América face a tricky trip to Nuevo León. Here are previews of those matchups and two other enticing Jornada 2 encounters:

Can Chivas pick up from where they left off? A surprise semifinal appearance vindicated the decision to do away with Luis Fernando Tena in favor of Víctor Manuel Vucetich, but last Friday’s stalemate with Puebla shows that there may be tougher times moving forward.

There were mitigating factors for that disappointing draw. An ankle issue kept Alexis Vega out of the starting 11, while J.J. Macías was missing after testing positive for COVID-19. Birthday boy Oribe Peralta led the line in their stead, but at 37, it was no surprise that the former Mexico marksman lacked the necessary spark.

Toluca maestro Rubens Sambueza is twelve days older than “El Cepillo” but watching the South American strut his stuff is still a sight to behold. “Sambu” remains one of the league’s premier providers, with his precise cross for Alexis Canelo’s goal against Querétaro proof of an undiminished capacity to wreak havoc on opposing rearguards.

That moment of inspiration proved decisive in a 3-1 victory, and a second straight success would leave the ten-time champions sitting pretty near the summit of the standings. More importantly, it would build belief that they can return to prominence under prodigal son Hernan Cristante after a few subpar seasons. Ultimately, Los Choriceros will go as far as their seasoned schemer can take them.

Two decent debuts are in the books, but how Javier Aguirre and Santiago Solari handle this massive match will be far more telling. Although they both got off on the right foot with opening round victories against inferior opposition, the outcome of this colossal clash will reveal far more about their team’s chances this campaign.

After almost two decades away from Liga MX, “El Vasco” could not have picked a more promising project to take on in his homeland than Monterrey. Rayados have by far the most valuable squad in the league, but that superior talent has not been maximized in recent years. Antonio Mohamed did lead them to the Apertura 2019 title, but a disastrous 2020 saw them finish dead last in the canceled Clausura 2020 before suffering a shock repechaje elimination at the hands of plucky Puebla this past November.

Even though he is probably more familiar with La Liga than Liga MX, Aguirre has the perfect profile to bring sustained success to his new side. He is accustomed to working with star names after three years at Atlético Madrid and a double dip with El Tri, but he has also been in charge of provincial outfits like Leganés and Osasuna. That experience at both ends of the spectrum means he should have no trouble handling what has been a difficult dressing room at times, while also ensuring that standards do not drop.

Whether Solari can have a similarly positive impact at América remains to be seen, with the scars still fresh from Miguel Herrera’s acrimonious departure. The Argentinean will have been encouraged by the strong showings from substitutes Sebastián Córdova and Pedro Aquino in the triumph over San Luis, with those two combining for a late winner at the Azteca.

Both could be included from the start at the Gigante de Acero, with the Peruvian’s deft defensive work in midfield a must-have for such a high-level showdown. Regardless of who he picks, Solari is a coaching novice compared to Aguirre, and that gap in expertise could tilt the balance in favor of the home team.

It may only be a half-rivalry, but there will still be plenty at stake when Santos take on Tigres at the Estadio Corona. The animosity that fans of Los Guerreros have towards Los Felinos is not reciprocated with nearly the same passion, but that has not stopped Sunday’s hosts from recording some memorable victories over Tuca Ferretti and company.

Between 2012 and 2018 Tigres were unable to defeat Santos in league play, with Los Guerreros prevailing in three Liguilla series during that stretch. However, Los Felinos have won three of the last four meetings with their northern neighbor, and they travel to Torreón as favorites thanks their fearsome forward duo.

After years of ‘Gignacdependencia’, it seems that the CONCACAF Champions League holders have found the perfect foil for their lethal Frenchman. Carlos González has struck 46 times since Necaxa brought him to Mexico ahead of the Apertura 2017, with only Gignac (73), Rogelio Funes Mori (56) and Julio Furch (54) scoring more in that period.

Yet, González has so much more than a keen nose for goals. He is an extremely versatile player capable of causing problems as a lone striker, in a front two, or even on the left wing. Ferretti fielded him alongside Gignac in last weekend’s comfortable 2-0 triumph over León, and that is likely to be the Brazilian’s default setup this season.

Forget a pair of lethal predators, Santos could do with just one. The departure of the aforementioned Furch for Atlas has left them lightweight up top, with the news that key creator Brian Lozano will need a second surgery on a gruesome Fibula and Tibia fracture picked up this past summer a hammer blow to their hopes of challenging near the top of the table.

With “El Huevo’s” already lengthy absence set to extend a little longer, Diego Valdes’ match-winning performance against Cruz Azul is a ray of hope. The Chilean international has largely flattered to deceive since arriving for a club-record $6.71 million fee ahead of the Clausura 2019, with just three goals to his name in 29 games across all competitions since a solid Apertura 2019. Another decisive contribution would go a long way to repaying that eye-watering expenditure.

Monday is derby day for the Martínez’s. The proprietors of Grupo Pachuca will see their two flagship clubs face off at the Nou Camp, with recently appointed Tuzos President Armando set to rub shoulders in the director’s box with his nephew Jesús, who is the head honcho at León.

That multi-ownership setup is a lightning rod for controversy, with Mexican Football Federation President Yon de Luisa revealing back in May that FIFA want the practice eradicated. Eliminating a custom that has existed since the 1980’s is unlikely to be a quick process, and León will hope that it continues for a little while yet if it means that they stay under the thumb of the Martínez family.

When Grupo Pachuca bought Los Esmeraldas in 2010, the Bajío boys had been mired in the second division for more than eight years. Since then, they received promotion back to the top-flight before securing a historic bicampeonato with titles in the Apertura 2013 and Clausura 2014.

An eighth star was just added to the crest after the Guard1anes 2020, and Nacho Ambriz’s troops must be considered one of the favorites this term. They were far from their effervescent best last weekend at the Volcán but that should be of little concern given that only four starters from the decisive duel with Pumas were included from first whistle. With the likes of Luis Montes and Stiven Barreiro set to return to the fold, León should have too much for their big brother.