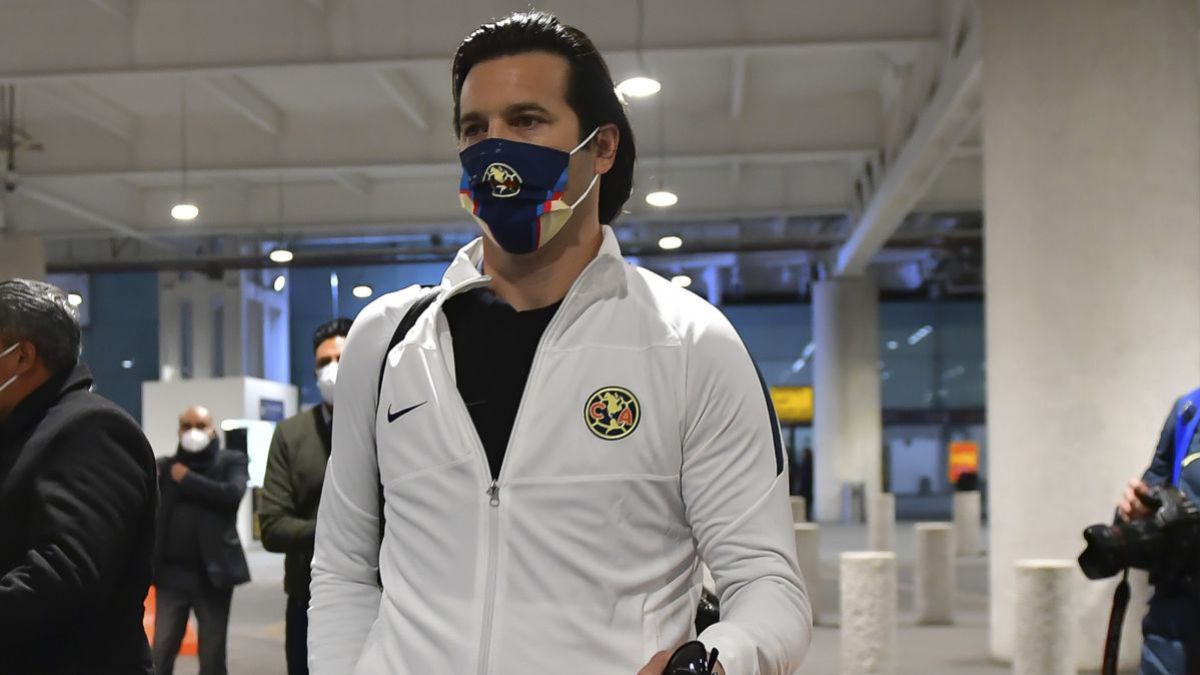 Less than a month after the curtain closed on the Guard1anes 2020, Liga MX action returns this weekend with an enticing slate of encounters. Here are four of the most intriguing:

After a fairytale march to the Guard1anes 2020 Final, it seems that the only direction Pumas can go is down. Los Universitarios defied expectations to get as far as they did, especially after former manager Míchel quit just three days before the opener against Querétaro. Academy Director Andrés Lillini was initially awarded the job on an interim basis, but the rookie head coach proved an inspired choice. UNAM lost only once during the regular season and never let go of an automatic Liguilla spot after a 3-0 success over Tijuana on August 30 took them up to 3rd.

The capital club will be hoping to ring in the New Year with another sparkling showing against Xolos, but Pablo Guede’s troops will have plenty of motivation after a grisly Guard1anes 2020. After the Argentine’s exploits with modest Morelia and a host of intriguing incorporations from Querétaro’s fire sale, the frontier side seemed set to challenge near the summit of the standings. However, a lack of firepower (last in league with 12 goals in 17 contests) doomed them to a 15th-placed finish.

That disastrous campaign has left Guede with little margin for error, so a strong start will be imperative. Chilean acquisitions Gonzalo Jara and Esteban Pavez will reinforce a weak spine, while Mauro Manotas will be charged with supplying the goals after arriving from Houston Dynamo.

The Colombian found the back of the net only three times in 20 outings for the Texans in 2020 after registering 30 goals the previous two terms, and he will be hoping to rediscover his best form south of the border. Guede will need his South American striker to hit the ground running.

Although they have been weakened by the departure of Carlos González to Tigres, Pumas still possess one of the division’s deadliest marksman in Juan Dinenno. “Dinegol” has been a hit since moving to Mexico from Deportivo Cali last January, with 17 goals in 32 games underlining his quality. That ruthlessness could be decisive at the Estadio Caliente.

Two champions begin their chase for further glory at the Volcán. León are the reigning Liga MX champs, while Tigres enter this campaign on a high after winning their first-ever CONCACAF Champions League. However, those accomplishments could leave both sides drained ahead of the new season, and it remains to be seen whether or not this match lives up to the hype.

Neither the Panzas Verdes nor Felinos will have had much time to rest before the starting gun sounds on Saturday. The bulk of Nacho Ambriz’s squad has only been back in full training for a few days after overcoming Pumas on December 13th, while Tigres booked their ticket to Qatar on December 22nd. That quick turnaround, coupled with the inclusive playoff system in Mexico, means that neither of these teams will feel compelled to sprint out of the blocks.

Slow starts have been Tigres’ modus operandi during Ricardo Ferretti’s reign, but the Brazilian boss has still guided Los Felinos to 11 consecutive postseason appearances. With the international trophy monkey now off their back, the “team of the 2010’s” can focus on securing an eighth league title.

León reached that number last month, with their triumph vindicating Ambriz’s sterling work in the dugout. Los Esmeraldas displayed a playoff pragmatism that had not been seen in their previous trips to the big dance, and that nous should serve them well this weekend against such a tricky foe. A gripping 1-1 draw was the outcome when these two met back in September, and another share of the spoils would be no surprise this time around.

The shadow of Miguel Herrera looms large at Coapa. Las Águilas gave “El Piojo” his marching orders after his role in a chaotic CONCACAF Champions League defeat to LAFC, but they could well come to regret their decision to dismiss him.

Based off a club statement announcing the sacking, it seems that Herrera’s bad behavior was a major reason for his firing. There is certainly no denying that the 52-year-old has a reputation for failing to control his temper, with an infamous assault on TV Azteca play-by play broadcaster Cristian Martinoli prompting his exit from El Tri in 2015.

That short fuse detonated repeatedly during Herrera’s second stint at the helm of El Más Grande, with his fight with Ante Razov just the latest in a long line of lamentable incidents. “El Piojo” was reprimanded for calling referee Marco Antonio Ortíz a homophobic slur in the aftermath of a 5-2 reverse to Cruz Azul in October 2019, while he angered his employers by publicly pining for the return of Renato Ibarra last November.

However, those regrettable incidents alone did not cause Herrera’s axing. The double whammy of a quarterfinal elimination to archival Chivas and the collapse in Orlando brought the #FueraPiojo fans out in full force and ramped up the pressure on the two-time Liga MX champion. While everyone is entitled to have their own opinion about Herrera’s performance, sky-high expectations did him no favors.

Given their status as Mexico’s most popular and “winningest” club, every season is championship or bust for América. That outlook is unrealistic at the best of times considering the fine margins inherent in the Liguilla, but such demands are even more out of touch in light of Las Águilas’ economic reality.

Whereas the Mexico City giants were once a financial force domestically, they have since been overtaken by northern rivals Monterrey and Tigres. Rather than try to compete with that wealth, the club have changed their approach. Expensive purchases of proven stars have made way for a buy low, sell high strategy.

That tactic has been hit and miss so far. The unheralded Federico Viñas has developed into one of the best forwards in the region, while Leo Suárez has flattered to deceive. Meanwhile, Apertura 2018 champions Guido Rodríguez, Mateus Uribe, Edson Álvarez, Agustín Marchesín and Diego Lainez have all been exported to Europe for huge fees.

Considering that talent drain, Herrera deserves credit for keeping the team competitive. They got to the Apertura 2019 Final before losing on penalties to Rayados, while the failure against El Rebaño Sagrado was the first time in 10 postseason appearances with Los Azulcremas that “El Piojo” had not advanced to the semifinals.

With Herrera gone, the buck has been passed to Santiago Solari. The hiring of “El Indiecito” has drawn plenty of attention due to his brief spell in the Real Madrid dugout, but that is his only experience coaching a senior side. However, the forgiving nature of the regular season gives him some early leeway, while his familiarity with the vagaries of Mexican football should accelerate his acclimatization.

If Solari was looking for a straightforward first fixture, he would probably choose San Luis at the Azteca. Los Rojiblancos finished dead last in the Guard1anes 2020 with a measly 11 points and a goal differential of -19. Uruguayan tactician Leonel Rocco has been brought in after working miracles in his homeland with minnows Atlético Progreso, but he has a tough task ahead of him in “La Ciudad de los Jardines”.

A heavy win over one of the league’s weakest links would represent the perfect start for Solari, but the Argentine knows that the only way to satiate a demanding fan base is by adding trophies to an already stocked cabinet. However, whether he gives Las Águilas a better shot at silverware than Herrera remains to be seen.

Fail to prepare, prepare to fail. That statement sums up Cruz Azul heading into their 23rd year without a league title, and recent events surrounding La Máquina suggest that it could be a while yet before they end that lengthy drought.

For this historic club, the reasons for more than two decades of disappointments extend beyond the pitch and into the directors’ box. That shoddy stewardship has taken center stage over the last few weeks, with the current administration playing a huge part in Robert Dante Siboldi’s resignation on December 11th.

The Uruguayan should shoulder some of the blame for the shameful semifinal surrender at the hands of Pumas, but his abdication was provoked not by that result but rather club administrator Víctor Velázquez’s incendiary declaration in the aftermath of that painful capitulation. As a consequence of Velázquez’s harsh words Los Cementeros were left leaderless just days before their CONCACAF Champions League semifinal clash with LAFC.

La Máquina were sent packing from Orlando after a 2-1 defeat, and their search for a Siboldi replacement has been similarly farcical. A shortlist including Antonio Mohamed, Matías Almeyda and Hugo Sánchez was drawn up, but restricted funds put a halt to any pretensions of bringing in one of those candidates. Eventually, plan D Juan Reynoso was hired a whopping 22 days after Siboldi said his goodbyes and just a week before Sunday’s trip to Torreón.

Ultimately, the appointment of “El Cabezón” could prove a blessing in disguise. The Peruvian brought the best out of a limited Puebla outfit, who shocked Monterrey in the Repechaje before giving León a scare in the quarterfinals back in November. Furthermore, Reynoso captained the vaunted Invierno 1997 champions, and that glorious past should help him curry favor with a frustrated fanbase.

Reynoso should be given the benefit of the doubt, but he is already at a huge disadvantage heading into a difficult debut. La Máquina’s new boss will have had only six training sessions in charge before facing a Santos side that have been under the tutelage of Guillermo Almada for nearly 20 months. Los Guerreros may have shipped key center-forward Julio Furch to Atlas, but that familiarity could be the deciding factor in their favor.