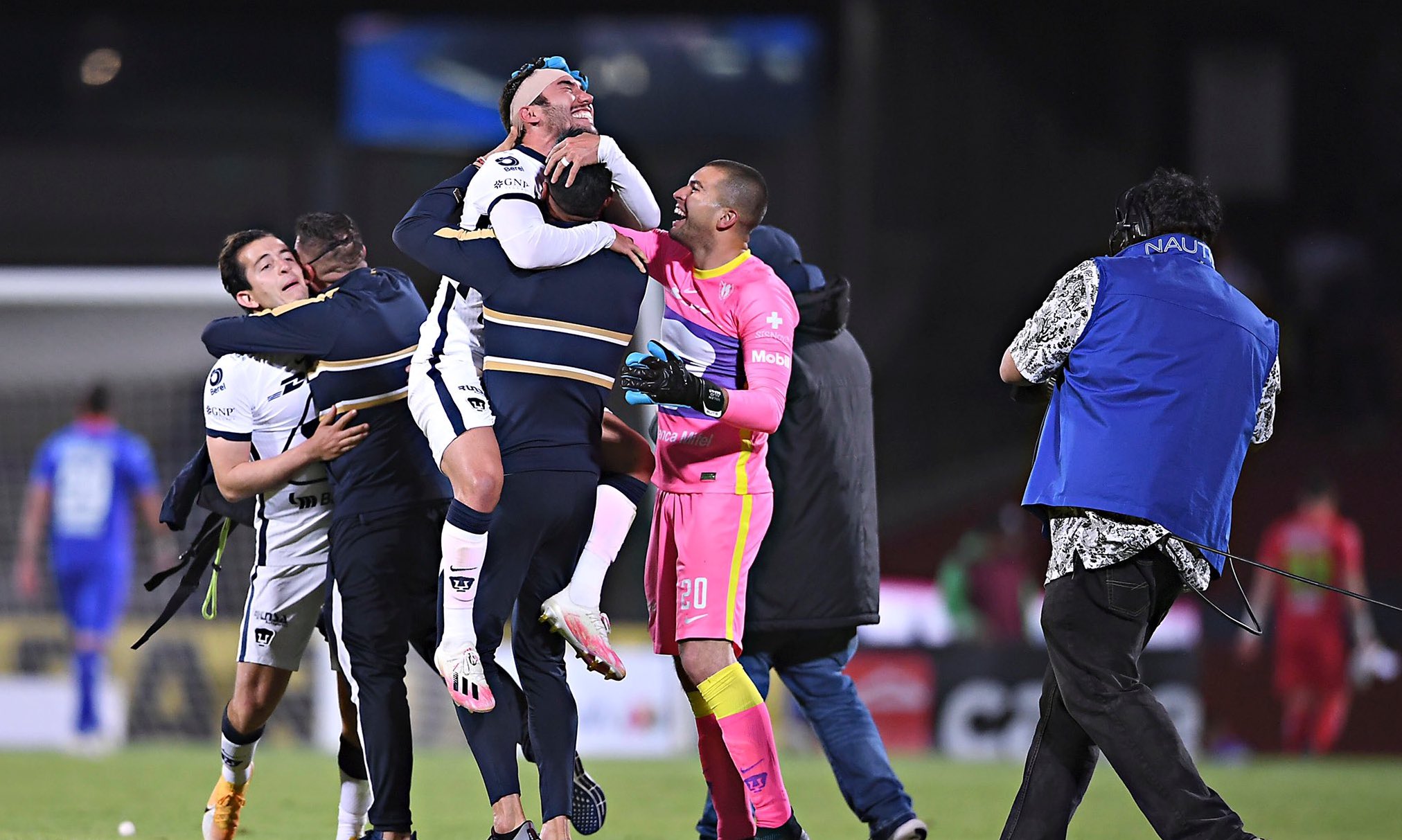 In last week’s column I asked: How is Pumas still here?

While this was partially a vehicle to explore how Pumas has seemingly managed to cheat defeat at every turn, it was also an honest expression at that same ability to cheat defeat (and elimination) at every turn. And then they did it again. This time however, it’s a little clearer about how they’re still here.

1.) There’s no such thing as a “meaningless game” – In Week 17, both Pumas and Cruz Azul had qualified for the Liguilla so there was nothing really to play for, right? Wrong. Pumas came back from a 1-0 defecit, getting goals from Juan Ignacio Dinenno in the 85th and the 89th minute to seal second place and pushing Cruz Azul to fourth. They both won their series AND the home field advantage which more importantly meant the tiebreak belonged to Pumas. This proved critical in Sunday night’s match.

2.) The first game could have been worse for Pumas – Cruz Azul almost won that match 5-0 but in the 65th minute Roberto “Piojo” Alvarado‘s goal was overturned by a VAR review that showed Alvarado had been played in an offside position during the original play that started the whole break. Yes it was a very close play, and one that in the pre-VAR world would probably have stood. But referee Jorge Rojas and VAR official Angel Monroy were decisive and disallowed the goal. In fairness, they also overturned a penalty that had been awarded to Pumas when Rojas and Monroy ruled that a Sebastián Saucedo shot was headed by Pablo Aguilar before it hit Aguilar’s arm, and this line of thinking leads into the “Butterfly Effect” where small changes can potentially lead to huge changes in outcome. If it’s 5-0, do Pumas have enough to pull out a 5-0 win on Sunday? If it’s 3-0, can they get themselves to a point where they score three and hold on to the lead without getting behind on away goals?

3.) Pumas still have a huge challenge ahead of them in León – Yes, Pumas will be on a high because they were able to come back from being down four goals to the mighty Cruz Azul. And that sort of energy and momentum is nothing to be easily discounted. Pumas does however find themselves in an unfamiliar position – being a favorite in a game that counts. All season long they’ve been the team that bumbled their way into long unbeaten streaks and deep Liguilla runs. But surely no one believes that’s the case anymore, right? It’s highly unlikely they just accidentally came back in historic fashion to beat one of the odds-on favorites to get their names engraved on silverware next week. And they may be able to get some mileage out of the “no one respects us” trope in their own locker room, but León probably doesn’t buy into that narrative for a moment.