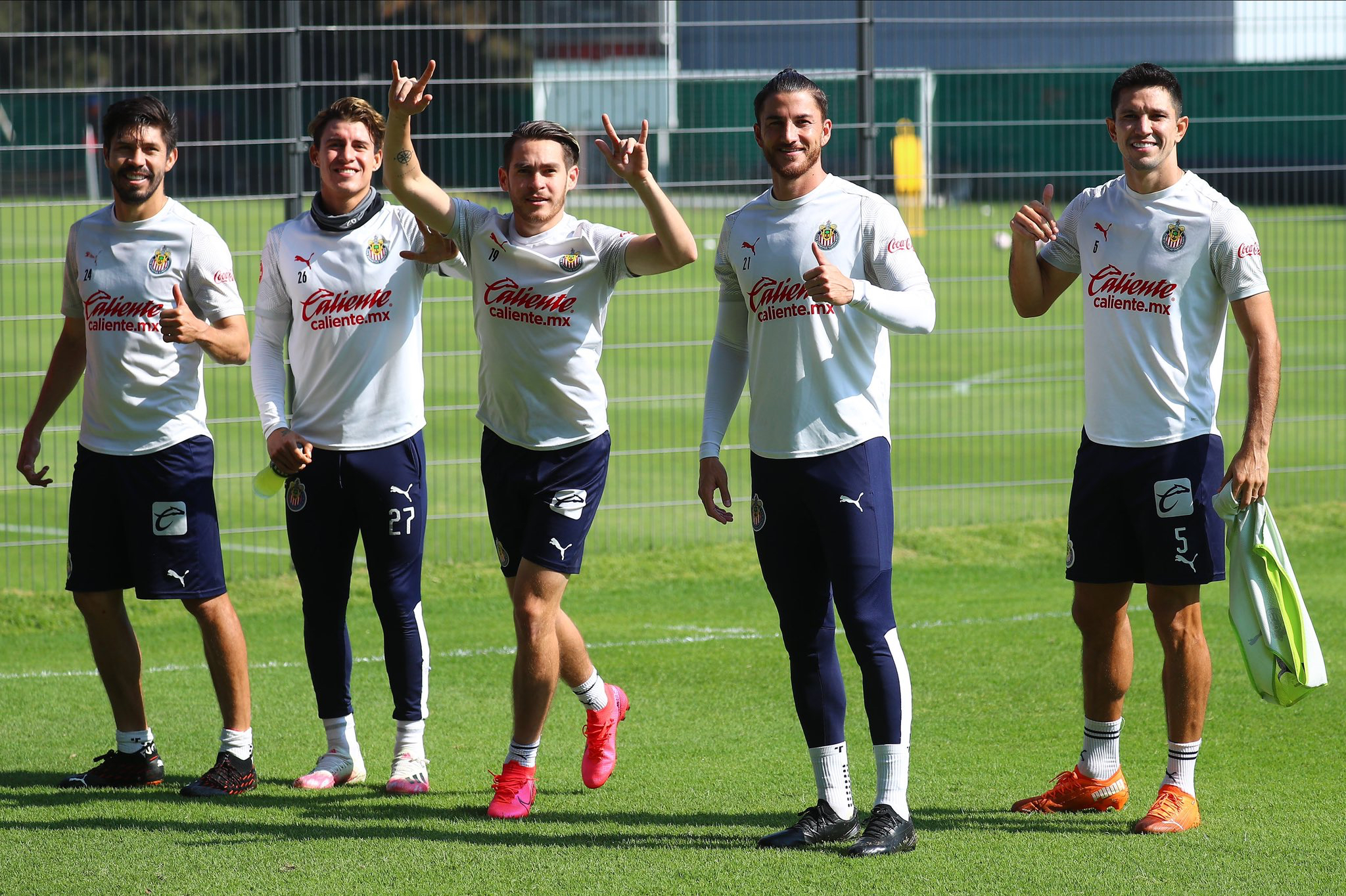 Two enticing match-ups await us this week, with three of Mexico’s “Big Four” still in title contention. Here is a preview of the semifinals:

Almost no one would have backed Chivas to make it to the semifinals just over a month ago. Even fewer would have given them a shot to beat regular season juggernaut León in a two-legged tie. While they are not the favorite in this series, El Rebaño Sagrado’s dramatic recent improvement makes them a tough out.

An insipid 2-0 defeat to Cruz Azul on October 25th left Guadalajara fighting for their postseason life. They sat in 9th place, with a tough remaining schedule reducing the possibility of playing at home in the repechaje. Meanwhile, another unseemly off-field scandal was providing an unwanted distraction. The club acted swiftly to expel Dieter Villalpando, who is facing sexual assault charges, while Alexis Peña, Eduardo “Chofis” López and José Juan “Gallito” Vázquez were suspended and are set to be sold this winter.

That stern reaction from the directors’ box seems to have galvanized a side that were in danger of seeing their season peter out. Chivas have won all four of their matches since that decision was handed down, with their twin quarterfinal triumphs over archnemesis América adding another glorious chapter to this historic club’s long list of achievements.

The architect of those famous conquests was Víctor Manuel Vucetich. Even though nearly ten years have passed since he lifted the last of his five league titles, “El Rey Midas” has not lost his Midas touch. He dominated Miguel Herrera in the tactical battle, while his expert handling of a stretched squad was a key factor in both meetings. Habitual substitute Cristian “Chicote” Calderón was the star of the show, while peripheral figures Oribe Peralta and Alan Torres made crucial contributions.

Chivas have already demonstrated a knack for overcoming adversity. In contrast, León’s inability to do the same in recent years has been the major knock against them. Nacho Ambriz has built a well-oiled machine in Guanajuato, but his men have shrunk repeatedly under the bright playoff lights. Before Saturday’s 2-0 success over Puebla, Los Esmeraldas had gone six games without a win in the Liguilla.

The Bajío boys certainly have superior talent, but the question is whether or not they can hold their nerve. Ángel Mena’s red-hot form is a plus point, but the major worry is in defense. Injuries to Yairo Moreno and Osvaldo Rodríguez meant that William Tesillo was required at left-back against Los Camoteros and although the 30-year old is accustomed to the position, his deployment there is not ideal. Tesillo is one of the best center-backs in the division, and replacement Andrés Mosquera does not exude the same sense of calm authority. Furthermore, the former Santa Fe stalwart lacks the attacking thrust of fellow Colombian Moreno.

Being forced to field the less adventurous Tesillo on the left could prove a blessing in disguise for Ambriz, who must find a way to neutralize the effervescent Uriel Antuna. That will be a fascinating duel, but the outcome of this tie hinges more on mentality than anything else. If León can get the better of their Liguilla stage fright, they should have no trouble advancing to the Final. Anything less, however, will allow Chivas the chance to cause another upset.

Before breaking their painful title drought, Cruz Azul must first reverse their playoff curse against Pumas. These two Mexico City giants have met five times in the postseason since 1998, with Los Universitarios advancing on four occasions. The last of those face-offs was a decade ago, and since then the pressure on La Máquina to hoist a first league crown since 1997 has grown exponentially.

That long dry spell has often been a burden, but manager Robert Dante Siboldi has turned his troops into mentality warriors. They bent but did not break in the first leg of their quarterfinal matchup with Tigres and ultimately recorded a decisive 3-1 victory at the Volcán. Those three strikes equaled the number of goals that La Máquina had registered in their previous six encounters, and keeping that offensive momentum going will be critical.

Los Universitarios may have kept a clean sheet over 180 minutes against Pachuca, but Jonathan Rodríguez and company will still be encouraged by what they saw in those contests. UNAM gave their opponent plenty of opportunities, and they would have been punished were it not for the wayward finishing of Víctor’s Guzmán and Dávila. Los Tuzos sorely missed the presence of a ruthless front man, but Cruz Azul can call on “Cabecita”.

Pumas possess plenty of attacking weapons as well, with Carlos González and Juan Dinenno – the division’s deadliest strike partnership. A conservative outlook from Andrés Lillini meant that those two were barely involved after Favio Álvarez found the back of the net inside seven minutes at the Estadio Hidalgo, with Pumas content to sit back and soak up pressure for the remainder of the tie. A more expansive setup will surely be required to vanquish their city rivals.

Regardless of how aggressive Lillini chooses to be, Cruz Azul will have to take extra care in the air. Pumas led the league with 11 headed goals during the regular season, including two from Dinenno in a late comeback win over La Máquina in round 17. Cruz Azul also conceded to Guido Pizarro in a similar fashion last Thursday, and they must make sure they are prepared for another aerial assault. If they can stand tall in the face of that bombardment, they should have enough to reach their first Final since the Apertura 2018.