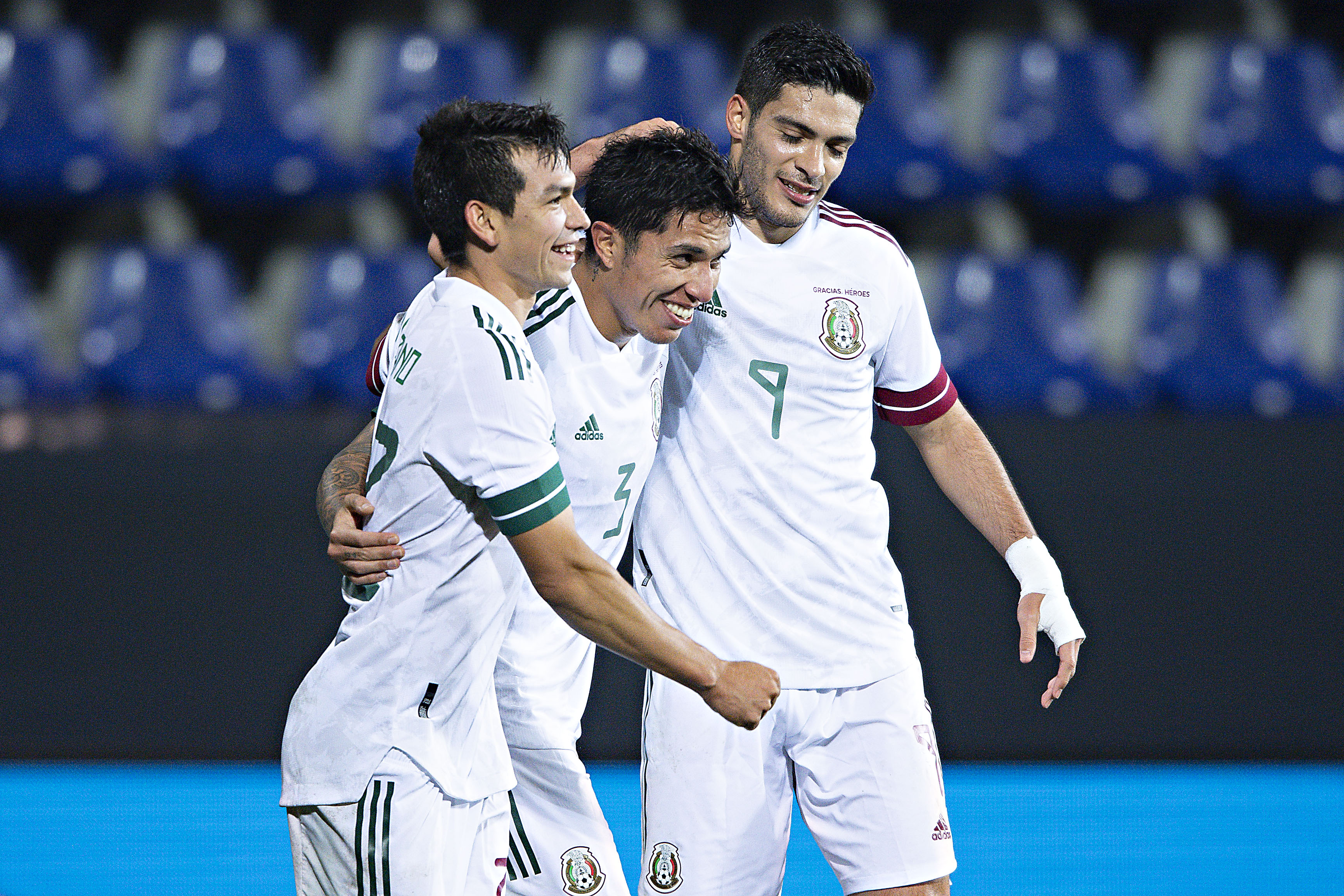 Although they ended the match deserved 3-2 winners, alarm bells should be ringing for El Tri. A lack of sharpness in front of goal — coupled with a recurrent weakness when transitioning from attack to defense — nearly cost Gerardo Martino’s men against an inferior opponent. Those issues must be resolved if they expect the journey to Qatar 2022 to  be a smoother ride, especially when the world’s best sides will surely be more ruthless than the Taegeuk Warriors were on Saturday.

Much of the talk heading into this friendly was centered around the exciting attacking trio of Raúl Jiménez, Jesús Corona and Hirving Lozano. Those three started together for just the second time, but they all missed gilt-edged chances during a frustrating first half. While the regularity with which Mexico’s terrific trident found themselves in promising positions is encouraging, the naivety exhibited by an inexperienced Korean backline must be taken into account.

Even before a COVID-19 outbreak robbed the two-time Asian champions of six squad members, manager Paulo Bento was already set to field a second-string rearguard. None of the Portuguese’s preferred defensive options traveled to Austria, and the stand-ins struggled with his tactical instructions.

The former Sporting Lisbon boss insists that his charges play the ball out from the back, and that strategy led to countless giveaways in dangerous areas. One of those turnovers allowed El Tri to draw level midway through the second stanza after substitute Orbelín Pineda picked out Jiménez with a precise cross. Even when down a goal with seconds left in extra time, the Koreans persevered with their short passing game.

Most of El Tri’s CONCACAF foes will probably favor a more agricultural approach, but those local rivals will have surely taken note of South Korea’s exploits on the break. Star winger Son Heung-min was a constant threat with his smart movement and speed in behind, particularly in the moments directly after his side regained possession. Few players in North America are on the same level as the Tottenham hero, but those national teams will try to hurt Mexico in a similar manner nonetheless.

Even if the likes of Panama and Honduras are able to successfully replicate the Taegeuk Warriors’ offensive system, they are unlikely to stop Mexico from booking a ticket to Qatar. El Tri would have to drop roughly half of the points on offer in a reformatted final round of qualifying to put their World Cup place at risk, which gives them plenty of wiggle room.

However, they will not have the same luxury once the biggest show in soccer rolls around. One bad result is often the difference between advancing out of the group stage and going home, and we all know that Mexico’s ambitions extend beyond making it to the ‘Quinto Partido’. Martino has been a hit so far with 18 victories in 21 matches and is a definite upgrade over previous incumbent Juan Carlos Osorio, but the next two years are when he will earn his keep. The superlative form of his forwards is a boon, but all that firepower will prove all for naught if he cannot fix the transitional troubles.

Mexico 3, South Korea 2: Three goals in three minutes seals a comeback win for El Tri
Martino’s Best Case Is On The Defense Against Japan
To Top