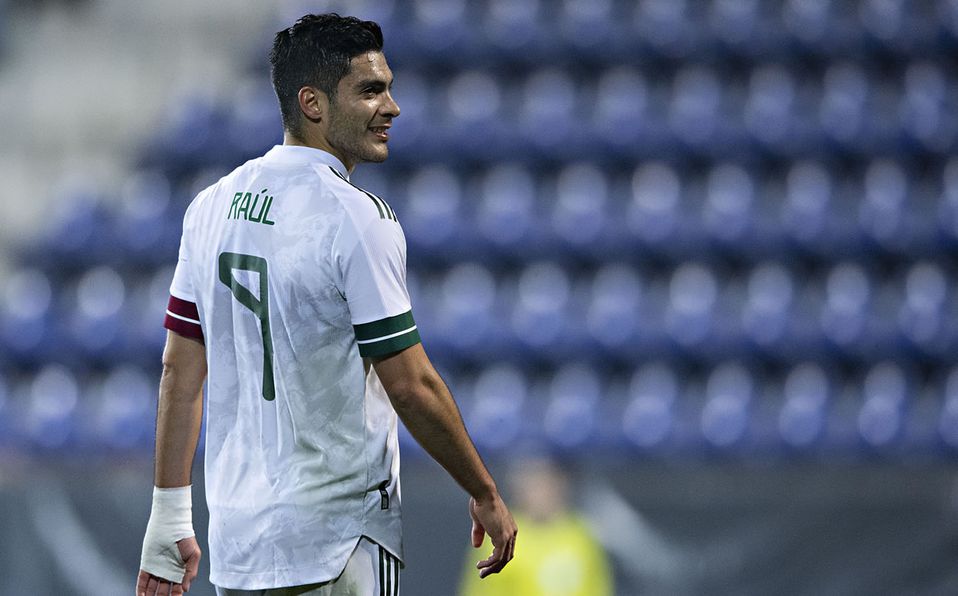 WEINER NEUSTADT, LOWER AUSTRIA> Three goals in three minutes helped Mexico turn around a first half deficit to defeat South Korea in their first of two friendlies in the November 2020 international break.

Goals authored by Raul Jimenez (68′), Uriel Antuna (69′), and Carlos Salcedo (69′) helped El Tri overturn a first half deficit created by Son Heung-Min’s goal in the 20th minute. A late goal by Kwon Kyung-won (86′) was ultimately not enough for South Korea to change the result of the game, despite the effective display throughout most of the match.

From the beginning of the match, El Tri looked to create chances off of sustained possession and passing, and seemed somewhat primed to attack the goal of Gu Sung-yung. Raul Jimenez, Hirving Lozano, and Jesus Manuel Corona were among the El Tri players who found chances on Gu’s goal but found their shots miss the frame of the goal.

But in the game’s twentieth minute, it was the Daeguk Warriors who opened the scoring, when Son Heung-min finished off a quick transition with a low, sharp angle finish from outside the area that trickled beyond the reach of the diving Rodolfo Cota.

El Tri continued to pressure the South Korea goal as the half went on. But when Hirving Lozano saw his shot from point blank range off a corner ring off the near post, it looked like the evening would continue to be one of frustration for El Tri where the side’s finishing would let them down. Raul Jimenez’s first time attempt three minutes before the end of the first half also continued the theme of finishing precision letting down the El Tri attack.

However, when the second half began, it did not seem that El Tri would get a chance to equalize. But in the 67th minute, Raul Jimenez capped off a period of quick passing after a failed clearance with a finish from inside the six yard box to bring El Tri back on level terms. But El Tri would find themselves in front for the first time on the next kickoff when Uriel Antuna finished off a high pressure transition inside the area.

In the next minute, Carlos Salcedo took advantage of a lapse in concentration by the Daeguk Warriors defense to extend Mexico’s lead to 3-1 off a headed finish.

Soon after Salcedo’s goal went in, South Korea manager Paulo Bento made several changes in the midfield and defense, and the changes seemed to help the Daeguk Warriors foray their way into the Mexico penalty area and create some half-chances that did not trouble Mexico goalkeeper Hugo Gonzalez.

However, with four minutes left in regular time in the second half, Kwon Kyung-won headed a corner kick from close range to cut Mexico’s lead to 3-2. But the Daeguk Warriors, playing only their first match of 2020, would not get closer.

With the win, Mexico extends its overall record under Gerardo Martino to 18-2-1, even though the match might not have been as complete as many would have hoped for El Tri.

El Tri faces Japan on Tuesday, November 17th in Graz to finish out its 2020 slate of games. Meanwhile South Korea will finish off its Austrian tour in Maria Enzerdorf, where it will take on Qatar on the same day.