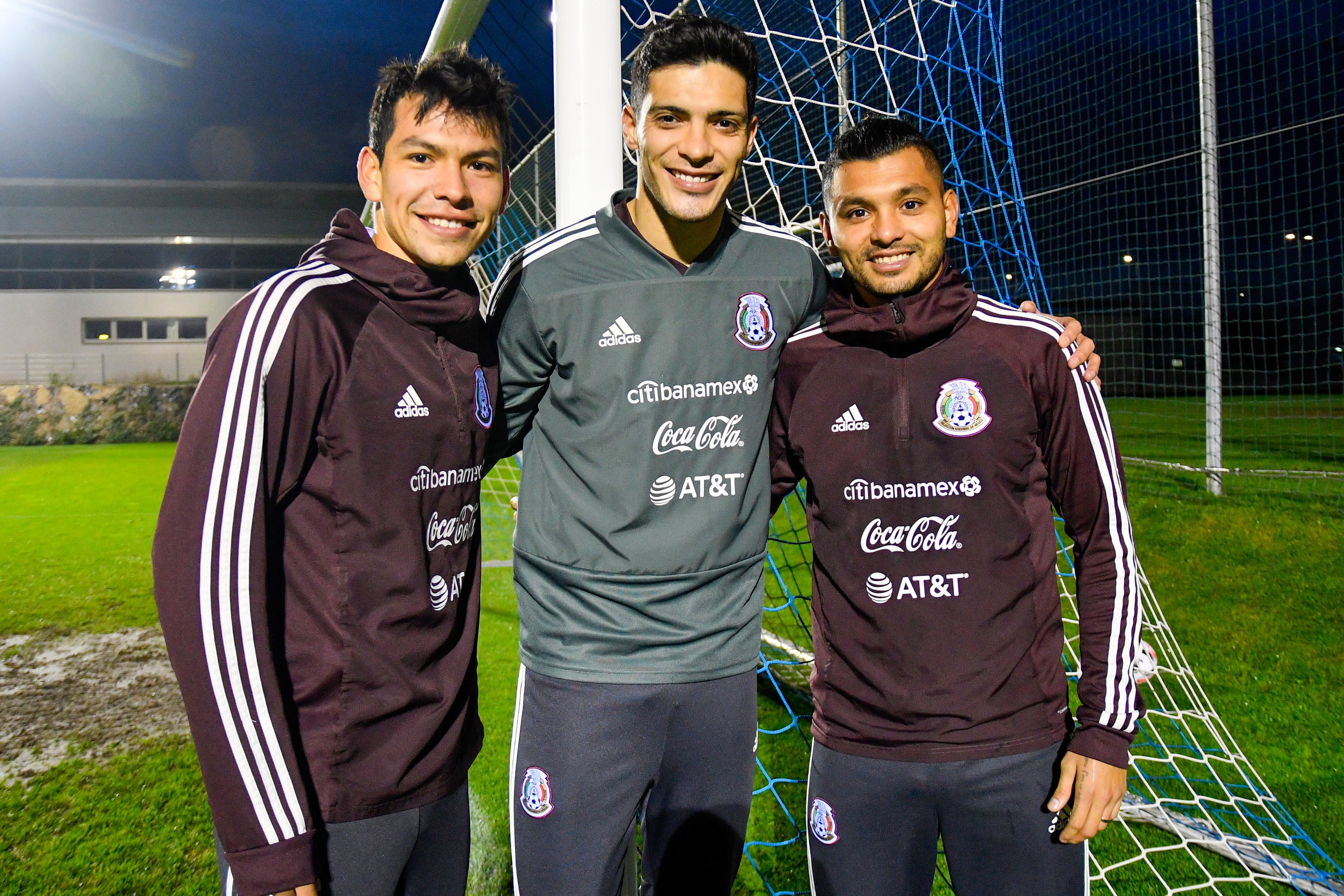 It is an exciting time to be a fan of the Mexican National Team. Never before has El Tri had as many players shining at the top level in Europe as they do right now. Bar Héctor Herrera, who has become a crucial cog at Atlético Madrid, the terrific offensive trio of Raúl Jiménez, Hirving Lozano and Jesús Corona have captured most of the attention. All three have started the season in fine form, and their potential inclusion together from the very first whistle on Saturday has been eagerly anticipated.

Despite holding a whopping 163 caps between them, Jiménez, Lozano and Corona have rarely played together. They have coincided for a measly 147 minutes, with their most recent collective outing coming all the way back in September of last year against Argentina. Yet, that unfamiliarity should not hamper a trident that has complementary characteristics.

The piece that greases the gears is Jiménez. The Wolverhampton number 9 already demonstrated his telepathic understanding with “Tecatito” during the October friendlies, but his partnership with Lozano could prove just as lethal. “Chucky” has thrived this campaign thanks in no small measure to the mobility and link play with new Napoli signing, Victor Osimhen, and Jiménez is blessed with many of the same characteristics as the skillful Nigerian. His ability to drift out wide or find teammates with his back to goal should accentuate the former Pachuca prodigy’s threat, especially when cutting inside onto his powerful right foot.

It’s all change at the top for El Tri since they last met the Taegeuk Warriors. A 2-1 win in their second group stage match at Russia 2018 left Juan Carlos Osorio’s charges with six points from a possible six, and seven of the starters from that contest have been called up this time around. Besides the injured Andrés Guardado, the other three exclusions are up front, with Javier Hernández, Carlos Vela and makeshift right-winger Miguel Layún all missing out.

Barring the stardust that Vela could surely sprinkle on this selección, Mexico seem to be better off for the wholesale attacking alterations. A makeshift Korean rearguard (they will be without the entirety of their preferred back four) should struggle on Saturday, but how El Tri handle their rival’s threat at the other end could be even more significant to their prospects for success moving forward.

Although they turned in a solid showing against the Netherlands, Gerardo Martino’s defense looked rather flimsier when faced with an aggressive Algeria outfit. South Korea are not nearly as talented as the African champions but their impressive physical capacity and willingness to press high up the pitch makes them a dangerous opponent for the giants of CONCACAF. Avoiding any cheap giveaways in their own third will prove particularly important against an adversary that possesses a real cutting edge in the shape of Tottenham superstar Son Heung-min.

Going up against foes of that caliber in unfamiliar conditions is a critical part of Mexico’s growth under Martino, and it is a shame that they will eventually return to disputing the majority of their friendlies in the United States. While those games bring a substantial economic windfall, they undoubtedly hamper El Tri’s hopes of reaching the mythical quinto partido (a discussion for another day). For now, what matters is kicking back and watching Jiménez, Lozano and Corona strut their stuff.