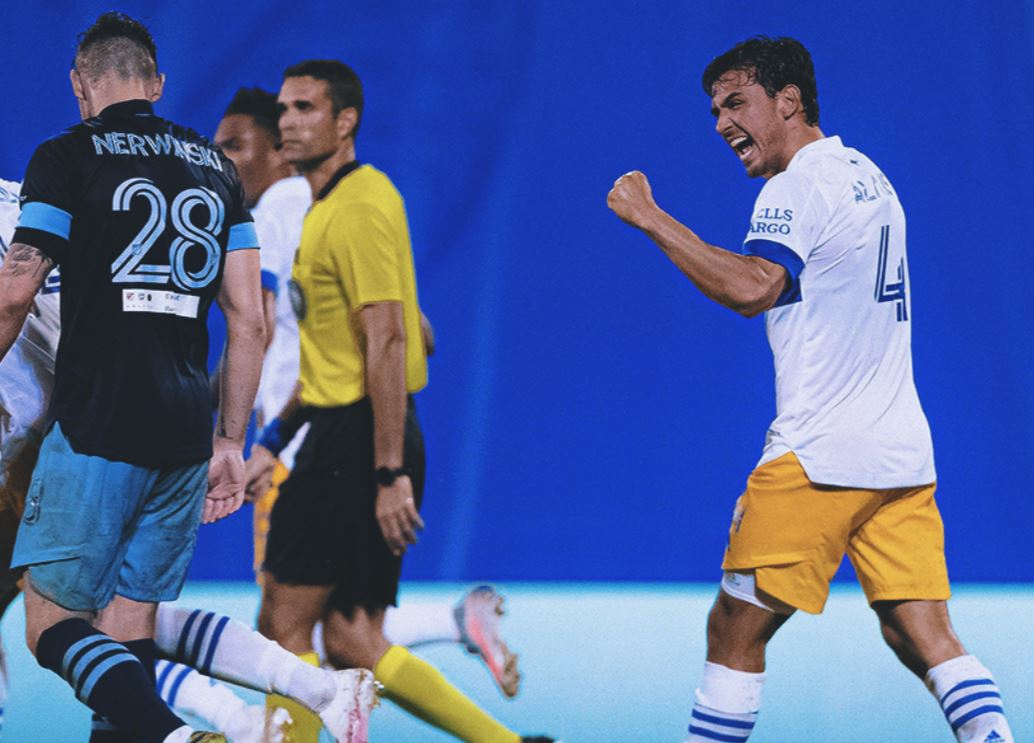 FutMexNation is back to bring you the latest information on your favorite ‘Extranjeros’. It was an interesting week for all leagues abroad. Here are the key points you might’ve missed from our favorite Aztecs:

The dynamic Mexican duo of Oswaldo Alanís and Carlos Fierro have been key to San Jose’s elevated game during the current MLS is Back Tournament that has seen San Jose score a total of six goals in the past two matches. The Earthquakes demonstrated their tenacity and ability to come back from a deficit against the Vancouver Whitecaps in their second group stage match. After being down 2-0 early in the first half, the Quakes scored in stoppage time making it a competitive match. The Whitecaps quickly added to their lead in the second half thanks to a mistake from San Jose’s goalkeeper, Daniel Vega, whose poorly-times pass led the ball straight to Cristian Dájome for the quick goal. The Goonies never gave up and closed the match by scoring three consecutive unanswered goals. Alanís’ contribution came in the way of a header in the 81st minute of play. Oswaldo played the full 90 minutes, while Fierro was subbed in the 63 minute, and was part of the comeback brigade as they took the 4-3 triumph from the Canadians.

The Quake’s next victim was the Chicago Fire. The team found their rhythm in the second half by scoring the only two goals of the meeting. Fierro was subbed in the 82nd minute and made the most of his opportunity by delivering a precise pass to Chris Wondolowski for the clinical header on goal. Alanis sat this one out as he cheered his team towards victory.

Congrats to @werofierro on his first assist with the club! 🇲🇽🔥 pic.twitter.com/AGnhaE9VMW

The Quakes will finish first in group B and will have to wait to see who their opponent will be in the Round of 16.

Jiménez Scored in Draw and Held on to 6th Place

Raúl Alonso Jiménez continues to draw attention as he tallied up his 17th goal of the season. In the 72nd minute, Jiménez scored a one-touch rebound off a Burnley defenders’ back. However, despite having a dominant performance, The Wanderers could not capitalize on their opportunities. RJ9’s only team goal was not enough to hold The Clarets back from capitalizing on a penalty (due to a handball) in stoppage time for the draw.

Raul Jimenez's 17th @PremierLeague goal of the season may have been his best yet.

The Wolves would regain their sixth-place position after defeating Crystal Palace in a 2-0 victory on Monday. RJ9 played the full 90 minutes as Matt Doherty and Jonny Otto each found the back of the net for the 2-0 victory.

Napoli 1-1 Bologna (Lozano subbed out in the 61st minute)

Napoli 2-1 Udinese (Lozano did not play)