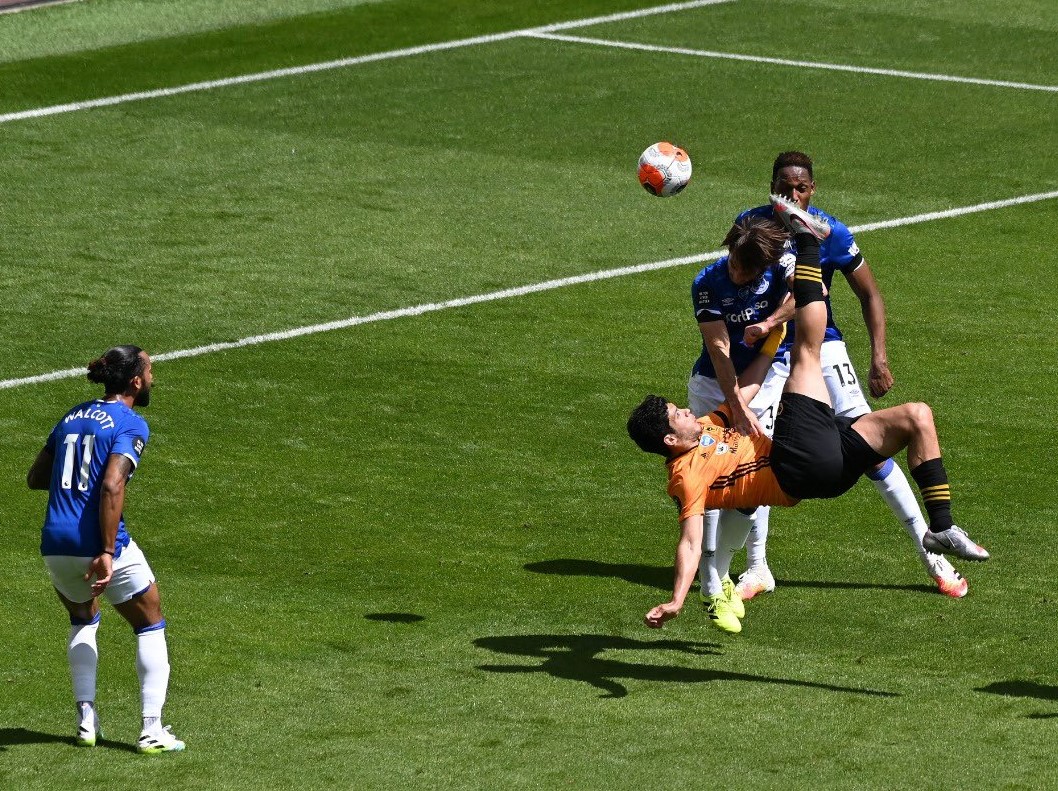 After several months of little to no action, FutMexNation is back to bring you the latest information on your favorite ‘Extranjeros’. It was an interesting week for all leagues abroad. Here are the key points you might’ve missed from our favorite Aztecs:

Raúl Jiménez continues to turn heads as Wolves saw double the action this week. The Wolverhampton Wanderers maintained their hopes for next year’s Europa League a late-minute defeat to Sheffield United and a strong 3-0 victory again Everton. RJ9 played a total of 168 minutes during both encounters and tallied his 25th goal in all competitions for the Wolves this season. After falling to Sheffield early this week, the Wolves let out their aggression on Carlos Ancelotti’s Toffeemen by scoring a hat trick. In the 26th minute, Jiménez almost initiated the attack by connecting on a dangerous two-touch bicycle kick. RJ9 was given another opportunity on goal, just before the half, thanks to a penalty kick drawn by teammate, Daniel Pondence. The Mexican International looked calm and collected as he took the clinical shot for the early lead. The Wanderers currently sit in the sixth spot of the EPL general table.

Hirving “Chucky” Lozano had one of his best weeks since he first joined Napoli. Lozano and the Gli Azzurri earned four points this week while trying to inch their way towards the top of the table (Napoli 2-1 Genoa & Napoli 2-2 Milan). Chucky came off the bench in both competitions and accumulated a total of 42 minutes. Lozano’s biggest contribution came against Genoa where he scored the game-winner just two minutes into enter the match.

In typical Chucky manner, in a full sprint, he received a pass from a distance and outmaneuvered the Griffins defense for the game-winner. Lozano has started to see constant minutes off the bench and is doing what he can to contribute to the Azul. Gattuso commented on Lozano after the Genoa win, “I haven’t given him anything; he deserves everything that’s happening to him, and I think he is showing us what a great player he is”.

Napoli had the opportunity to end their week with six points but fell short and leveled against Inter Milan. After coming from behind, the Gil Azzurri took a 2-1 lead in the 60th-minute courtesy of their Belgium striker, Dries Mertens. Inter Milan found the equalizer thanks to a clinical penalty kick from Franck Kessié in the 73rd minute. Lozano entered the match in the 74th minute to provide the Blues with fresh legs and another option in the attack. Lozano and the Azzurri had a man advantage after Milan’s Alexis Saelemaker received his second yellow card in less than 3 minutes. Unfortunately for the Naples crew, they could not capitalize on the advantage and settled for the draw.

NEXT MATCH: Wed., July 15th against Bologna (Serie A)

Jesús “Tecatito” Corona continued to cause havoc on opposing defenders while helping FC Porto accumulate victories. The Dragons hold the number one spot with an eight point lead over rival Benfica. Porto delivered a dominant performance in a 3-1 victory against Tondela. Tecatito’s fancy footwork and confidence on the pitch has paid dividends for him this season. In the 64th minute of play, Corona delivered a precise pass to teammate Moussa Marega who sprinted passed the defenders for the 2-0 lead. The Blue and White are on fire and are in the driver seat in Portugal.

Atlético Madrid 1-0 Real Betis (Guardado subbed out in the 43rd minute, Lainez & Herrera did not play)

Mexicans in MLS: Pizarro Makes History, Pulido’s 2-for-2, and Vela Brings the Heat
Mexicans Abroad: Alanis and Fierro Elevate Their Team while Jiménez Tallied His 30th EPL Goal
To Top