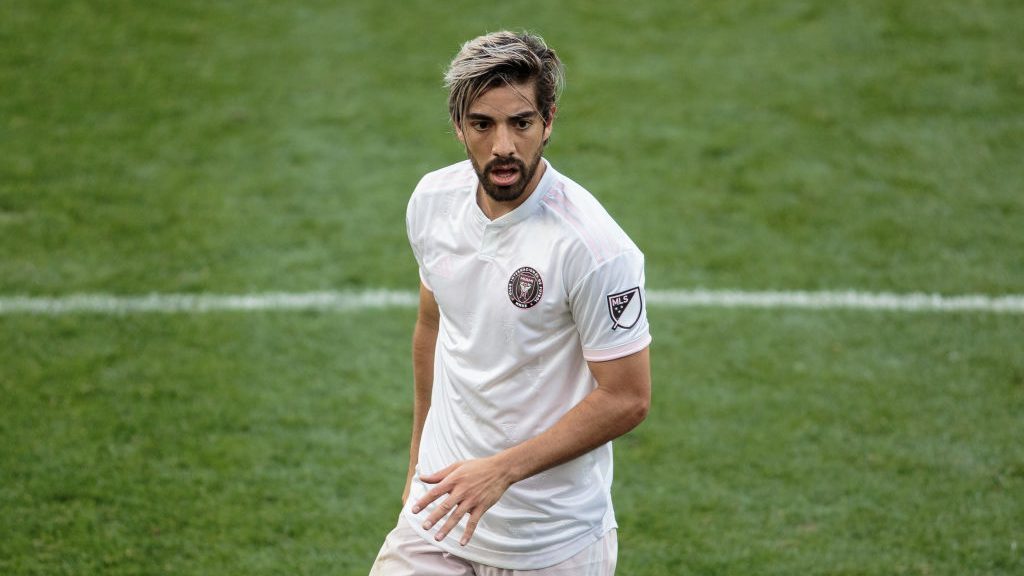 Welcome to our weekly highlights of all things Mexicans in Major League Soccer. Here are the key points you might’ve missed from our favorite Aztecs:

Pizzaro in the Record Books

After a disappointing loss to fellow countryman Carlos Vela, Rodolfo Pizarro was in the hunt for his first win. Inter Miami took an early lead thanks to Pizarro’s direct shot at goal in the second minute against DC United. Pizarro now owns his team’s first franchise regular-season goal. The celebration was short-lived however as Pizzaro’s teammate, Román Torres, received a red card in the 54th minute. The Black and Red took advantage of the one-man advantage and were able to rack up two goals for the victory. Inter Miami will now have to wait until next week for a possible first win as they go up against LA Galaxy who is waiting for a Chicharito goal and fully fit Jonathan Dos Santos.

For the second consecutive match, Alan Pulido has been able to help his team to a strong start by nailing the first goal of the competition against the Houston Dynamo. Sporting Kansas City is now 2-0 in the young season and Pulido is quickly adapting to his team as he looks comfortable on the pitch. Out of the new Mexican Internationals to join the MLS this year, Pulido looks most at home which could be a result from joining his new team earlier than some of the others. Sporting KC totaled an additional three more goals for the decisive 4-0 win; AP9 added an assist for the 3rd goal. The Wizards will face off against another hot team, Atlanta United, and will lean on their new superstar for firepower and another early lead.

Again opening up the goal scoring for @SportingKC. #MLS #MexicansAbroad

LAFC played host to the Philadelphia Union on an action-packed night. Something about LAFC and Carlos Vela appeared to bring out the best in the team and the squad. It was a magical night as the 3252 supporter group built the noise and the players produced the goals. As expected, the focus was on number 10 as he was closely guarded by the Union defenders throughout the match. The match was a true back and forth as Philadelphia took the lead on three occasions, only to be equally matched by the Black and Gold that ended in a 3-3 draw. Vela took a free quick from outside the 18-yard box in the 38th minute for the first of LAFC’s three goals.

Another weekend, another Vela goal.

What a golazo free kick taken by the 🇲🇽 player. 🔥 That’s 5️⃣0️⃣ goals in the #MLS #LAFCvPHI #MexicansAbroad pic.twitter.com/kjCXY5sx5F