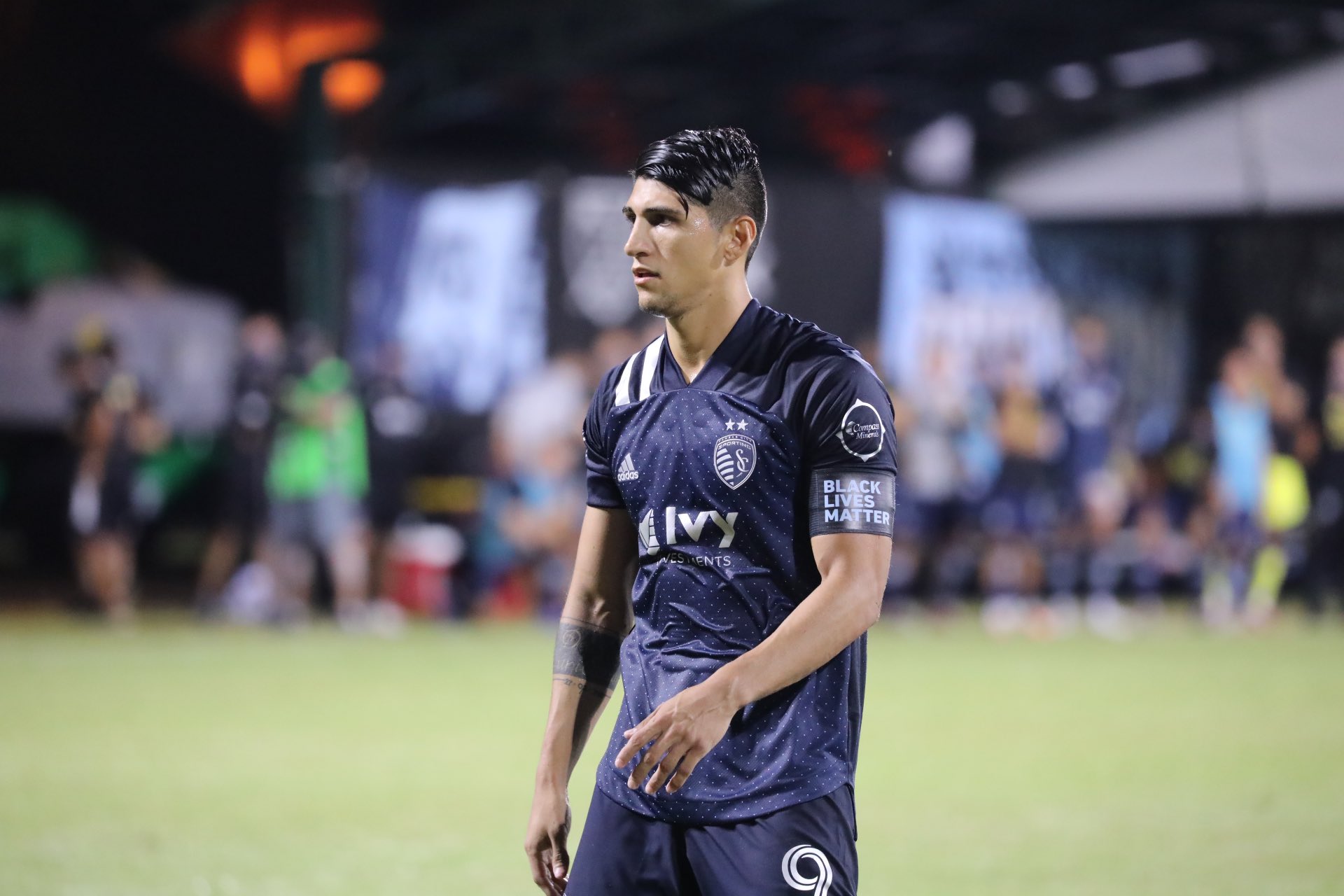 FutMexNation is back to bring you the latest information on your favorite ‘Extranjeros’. It was an interesting week for all leagues abroad. Here are the key points you might’ve missed from our favorite Aztecs:

MLS is Back Tournament

Pulido and Sporting Advance to Quarterfinals

After several months of no action, Alan Pulido and Sporting Kansas City have made the most of their return and advanced to the Round of 16 after taking the first spot in Group D in an single-elimination match against the Vancouver Whitecaps. It was clear that Pulido’s Wizards were the aggressors and the favorites as they tallied a total of 36 shots at goal. However, none of those shots made it to the back of the net and the Whitecaps were able to outlast Sporting and force them into penalty kicks. As expected, the Wizards sent their Azteca sharpshooter to take the first kick. AP9 delivered and propelled his team to a 1-0 lead after a Whitecap miss. Sporting advanced to the quarterfinals after ending 3-1 in the shootouts. The Wizards’ next opponent will be the Philadelphia Union on Thursday, July 30th.

NEXT MATCH: Thursday, July 30th against Philadelphia (MLS is Back Quarterfinals)

The Wolverhampton Wanderers and Raúl Jiménez’s Europa League dreams hang in the balance after their 2-0 loss to Chelsea last week. The Wolves continued to elevate their game and position as they battled against the Premier League elite. Since their promotion in 2018, the Wanderers have landed in seventh place in the standings for two consecutive seasons. Despite their efforts, the Wolves are on the outside looking in unless the chips fall in their favor. The drama starts this weekend with the FA Cup Finals between eighth place Arsenal and fourth place Chelsea. Wolves need The Blues to win to enter the Europa Leagues qualifying round which would result in Tottenham automatically jumping into the group phase. From there, the best-case scenario for the Wanderers would be to win the Europa League. With the victory, they would gain entry into the more attractive and illustrious Champions League. All eyes will be on the FA Cup final this Saturday, with the Wolves cheering on a Chelsea victory and the opportunity to see future action. RJ9 can also see cup action if the rumors are true and he departs the Wolves for a bigger club next season.

NEXT MATCH: Thr., Aug. 6th against Olympiacos (Europa League – Round of 16)

A new Mexican player will be added to the Abroad list as Racing Genk welcomed 21-year-old defender, Gerardo Arteaga to their club late last week. Arteaga becomes the first Mexican to move across the pond during this transfer window. The announcement was made after the Santos Laguna 2-0 defeat against Cruz Azul in their Liga MX Apertura opener. If all goes well for the young Aztec, he will have the opportunity to face off against Europe’s top teams.

Porto 6-1 Moreirense (Tecatito subbed out in the 76th minute)

Parma 2-1 Napoli (Lozano subbed out in the 85th minute)

Napoli 2-0 Sassuolo (Lozano did not play)

Mexicans Abroad: Alanis and Fierro Elevate Their Team while Jiménez Tallied His 30th EPL Goal
Mexicans Abroad: Jiménez in the Quarter Finals, Chucky Exits the Champions League and Pizzuto to Lille
To Top