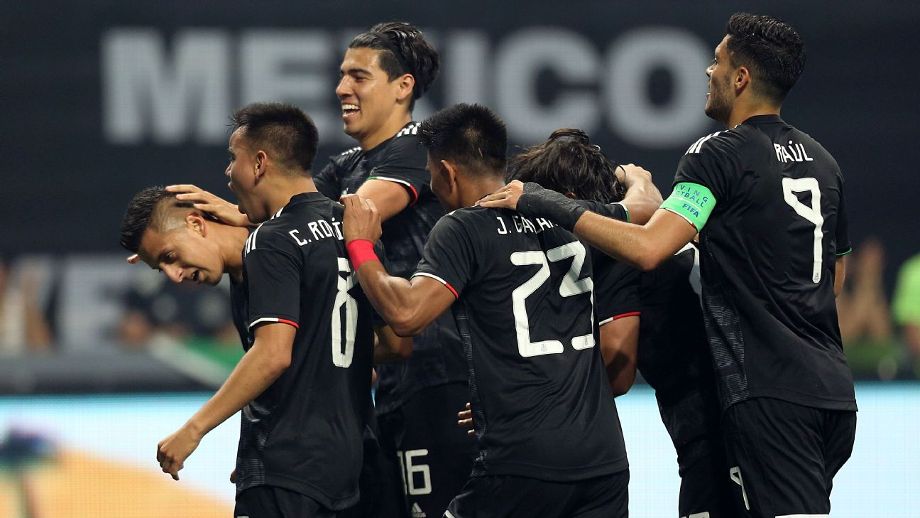 When El Tri defeated Cuba by the largest-ever margin in the fixture’s history, many called the performance “dominant” without recognizing that El Tri simply took advantage of the many mistakes the overmatched Leones del Caribe gave them. As implied by Gerardo Martino’s comments, El Tri were obligated to defeat Cuba by a big margin and still carry the obligation to win the Gold Cup in total.

On Wednesday, June 19 in Denver, Colorado, El Tri take on an opponent who also opened their group stage with a convincing win over an opponent they were supposed to beat in Canada fin a match that could see the winner with control of Group A’s destiny. The Reds defeated Martinique 4-0 by a similar formula to El Tri‘s, even though the genesis of the result seemed to have a single focal point in Bayern Munich winger Alphonso Davies.

Davies, unlike anyone El Tri faced from Cuba’s selection, presents Martino’s side with the challenge of a winger who can dribble in tight spaces, pressure, and put himself and others into position to hurt the Mexico defense and finish. And Davies is doing so in an environment where his metric of success is his contribution to his team’s obligation to win the Meisterschale every season, and the team has to upgrade everything it does just to stay in the hunt to meet those obligations (or avoid descent). Many of his Canadian teammates also face the same general obligation to have to operate in ever-shortening windows, especially if they want to play with those teams.

But El Tri ultimately have a recent history so strong against the Reds–winning 4 of the last five times the two sides have played–that El Tri now have an obligation to beat Canada. They also have an advantage in being able to fulfill that obligation with Jonathan Dos Santos and Edson Alvarez fully recovered from their injuries.

And they have lessons from their recent friendly win against Venezuela–a national selection which would go on to take points off of Brazil for the first time ever in a major tournament–against Canada. The Reds, like Venezuela, may decide that they stand the best chance of winning by way of constant pressure without the ball, and forcing Mexico to dismark Canada’s defenders in tighter windows than they had against Cuba. One thing that is going for both sides is no player is at risk of a yellow card suspension.

The match kicks off at 10:30 PM Eastern DST (UTC -4) (8:30 PM local time) and can be seen in the U.S. on FS1, Univision, UDN and streamed wherever those three games are carried. In Mexico, the match can be seen on television on Azteca 7, Canal 5, and UnivisionTDN.