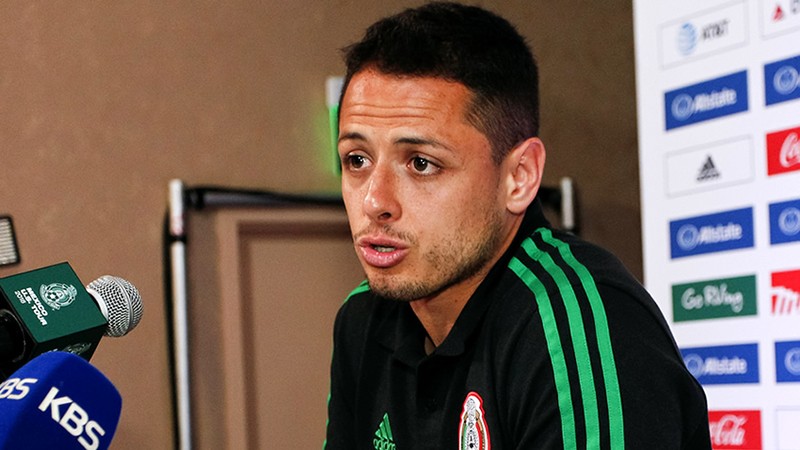 On Monday, May 28, El Tri‘s preparation for the World Cup with its preliminary squad goes into hyper-speed in Los Angeles where they will take on Wales.

The Dragons have not been a side that El Tri have played all that often, only three times in its history. But in the recent mentality of El Tri, the mission as to what Juan Carlos Osorio’s side would take out of it makes Wales just another opponent.

The mission, according to Juan Carlos Osorio, ‘Chicharito’ Hernandez, Edson Alvarez, Hector Moreno, and others, is ultimately to win the World Cup. The Wales side that manager Ryan Giggs brought to Los Angeles will not feature the likes of Gareth Bale, who scored a brace to help Real Madrid seal their third consecutive Champions League, but it will feature some already established players in the Dragons’ side including Arsenal midfielder Aaron Ramsey, Cardiff midfielder Jazz Richards, Burnley striker Sam Vokes, and captain and Stoke City central defender Ashley Williams. But a majority of the 23 players that Giggs is taking to Los Angeles have fewer than five previous experience for Wales at the senior international level.

Many of the debutantes should present enough of a competition for El Tri that Juan Carlos Osorio could start to have ideas as to how to whittle his 28-man preliminary squad that came into the match against Wales down to a list of 23 players.

Within the El Tri selection, with Nestor Araujo ruled out of the World Cup, one lateral role is now perceived to be open at this point. The Wales side El Tri could face could help Osorio decide between Hugo Ayala, Edson Alvarez, and even Jesus Gallardo as laterals who could play on the right and left hand side. Even Carlos Salcedo, who has now made his move to Eintracht Frankfurt permanent, could end up being one of El Tri‘s featuring laterales.

But it is still a race against time for other stars, including Hector Moreno, Diego Reyes, and Andres Guardado to get back into full fitness ahead of the World Cup.

Alvarez could see his utility save himself a place on the 23. But other players’ places in Mexico’s final World Cup side are just as uncertain. Jonathan and Giovani Dos Santos, who arrived late into training with El Tri due to their MLS obligations, had seen their sharpness fall significantly over time in MLS. Both are also rumored to be transferred out of LA Galaxy’s side when the 2018 season ends.

In addition, midfielders Erick Gutierrez and Jurgen Damm appear to also be on the fringes, and may have to demonstrate their effectiveness in the friendly match against Wales in both central and wide positions. For Damm, it would mean having to demonstrate that most of his 2017-18 season was one out of bad form and not one of his limitations as a winger and midfielder.

The match kicks off on Monday, May 28 at the Rose Bowl in Pasadena, California, at 9:00 PM EDT (UTC -5) (6:00 PM local time (UTC -8)) and seen in the United States on FS1, UniMas, and UDN. The match can be streamed on fuboTV, Sling Blue, Sling Best of Spanish TV, Fox Sports Go, YouTube TV, and Univison Deportes in the United States.