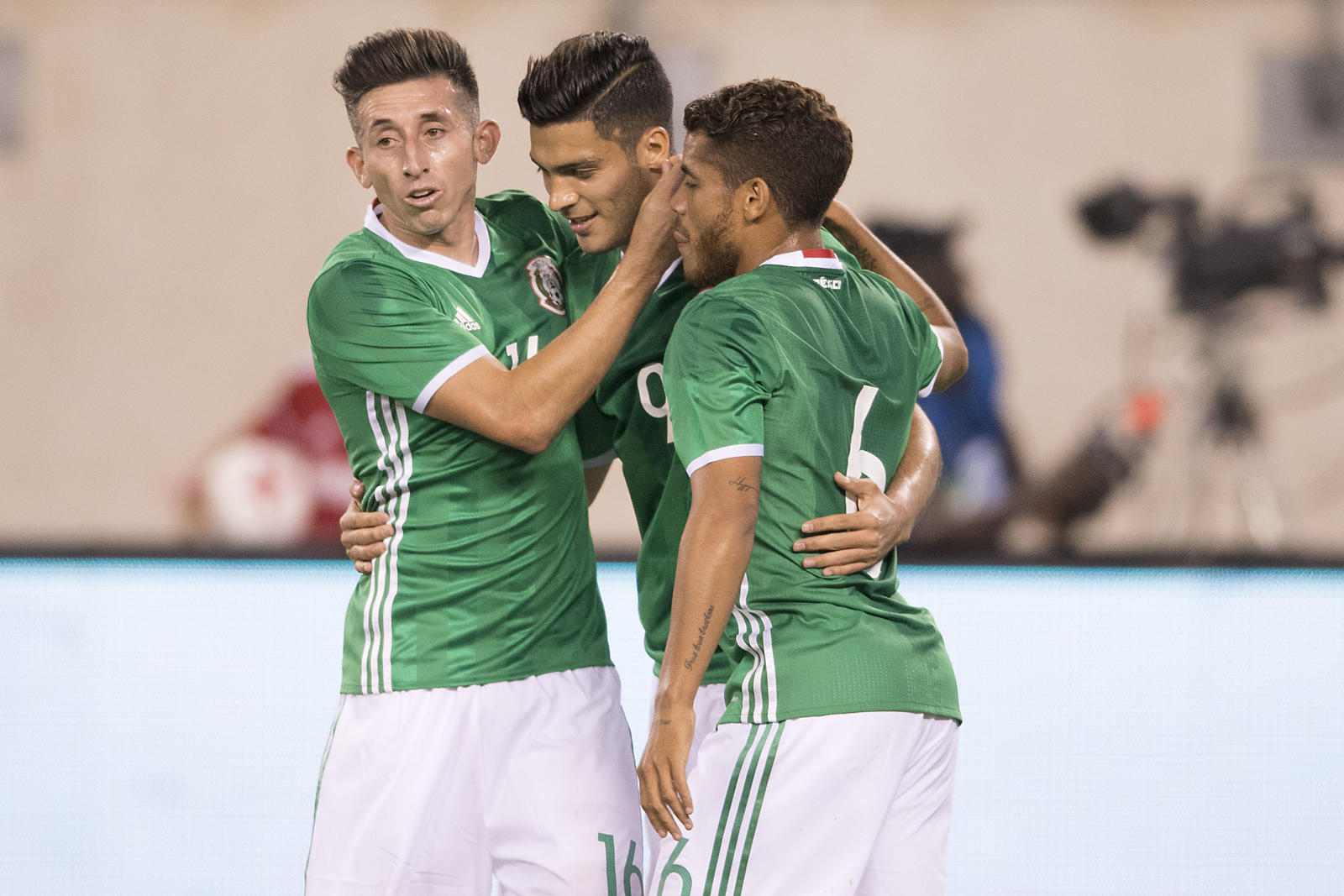 Winning four out of the team’s first five final round World Cup qualifiers should make El Tri not too worried about facing a United States side (2-1-2, 7 pts) that is six points behind them.

But in press conferences on Wednesday, Juan Carlos Osorio confirmed that not only will Rafael Marquez, Andres Guardado, Nestor Araujo, and Miguel Layun miss the match against the Stars and Stripes due to injury, but Jesus Manuel Corona would also miss the qualifier against the United States and not go to the Confederations Cup for “personal reasons”.

“Because of personal reasons, Jesus ‘Tecatito’ Corona has chosen not to participate in the Confederation Cup,” Osorio noted. It is unclear who might replace the Porto winger on the rosters of both the Confederations Cup squad and in the match against the Stars and Stripes, or the reason why ‘Tecatito’ made the sudden announcement. But it is believed that the problem is a family issue of some kind.

But on the pitch, Osorio will miss the ability of ‘Tecatito’ to be unpredictable from wide areas, and his movement with teammates to create and finish chances.

However, in a more practical sense, Osorio’s losses could be felt in those wide areas with two of the injured contingent with El Tri, Andres Guardado and Miguel Layun, being left-sided players who might need to deal with the threat of Christian Pulisic on the wings. The injury to Nestor Araujo robs Mexico of one of its sure-footed center back.

There is one aspect where the United States will represent an easier opponent to play than did Honduras. Overall, against the Soca Warriors, without winger Christian Pulisic, the United States played with far too much innocence and respect for the Soca Warriors in pressure situations, and without the ball. Despite their drubbing on Thursday, Los Catrachos were able to break Mexico’s pressure schemes and threaten on goal when they had the ball. And the Catrachos looked to hurt Mexico on each foray with the ball, even though the technique shown by their attackers often failed them.

But fortunately for El Tri, Juan Carlos Osorio has ingrained in the team a sense of how to play without the ball and to cause disciplined sides, such as the United States might be when they do not have the ball,  problems at the heart of what they might throw to stop Mexico’s attacks.

And best of all, Javier Hernandez, Marco Fabian, and Hirving Lozano might influence the side to play vertically from the opening whistle. The approaches these players might take to play vertically, and for Jonathan dos Santos, Hector Herrera, and even Orbelin Pineda, to look to find them to force the United States into emergency situations, are ones that have proven to be more effective for the team in creating and finishing goals.

It is an approach that has helped Mexico approach the game as heavy favorites, rather than a team that is shorthanded five significant player.

Although the United States’ will feature bigger defenders who can play with speed and physicality, Mexico’s squad is aware of how to beat them at their weakness, which are situations that require footballing instinct and ball skill. It is something that Carlos Salcedo, who plied his trade in both Mexico and the United States before moving to Fiorentina on loan in 2016-17, noted in an interview with ESPN and Mexico Soccer Show contributor Nayib Moran.

“Over there, almost all defenders are 1.90 meters and up,
he explained. “So to see that at the early stages of my career, at 18, I had to learn how to use my body against tough players and how to take advantage against players that are bigger than you.

On a personal note, Juan Carlos Osorio commented on the meaning of the match for him as a young man who immigrated to and spent many of his formative years in the United States.

“I have friendships with Mexicans that I played with in the United States and for a period I worked as an illegal immigrant. I worked in restaurants and in gardening, in what the majority of Mexicans work in, ” the Colombia-born tactician reminisced, “And I always understood the almost moral challenge of the Latinos, and concretely the Colombians, to beat the United States. It’s ironic because we live there, we are thankful for the great opportunity the country gave us, but when the opportunity to compete with them comes up, we want to win.”

One other thing going for El Tri is that the United States has yet to beat El Tri in the Estadio Azteca in any match with more significance than a friendly.

If that streak continues, Mexico could mathematically qualify for the 2018 FIFA World Cup with matches to spare. It would be a significant improvement on the 2014 World Cup qualification campaign that saw El Tri need a Graham Zusi goal against Panama just to qualify for the inter-confederation playoffs.

Whether El Tri‘s streak continues will be determined on Sunday, June 11. The match kicks off at 8:30 PM Eastern DST (UTC -5) and can be seen on Fox Sports 1, Univision, and Univision Deportes Network.

Mexico 3, Honduras 0: Mexico finishes the first half of the Hexagonal undefeated in style
Mexico 1, United States 1: Two first half goals see El Tri split the points with the Stars and Stripes
To Top