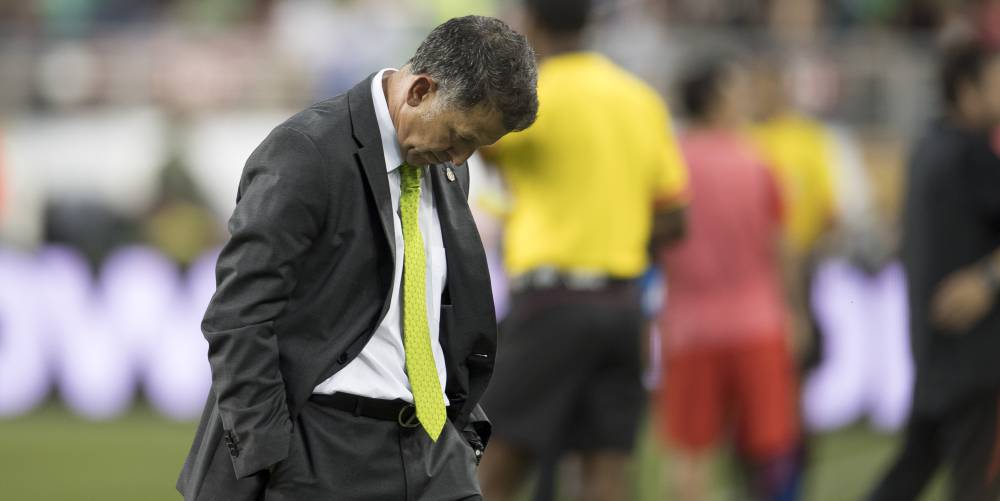 Juan Carlos Osorio is clearly dedicated to learning, in his attempts to become a top coach. He’s spent time in England to obtain a diploma in science and football as well as a UEFA A license. He’s been to The Netherlands to study one of their coaching courses. He’s also watched and talked to some of the most respected coaches in the world right now, including Sir Alex Ferguson, Jorge Sampaoli and Marcelo Bielsa.

During his coaching education, Osorio has evidently picked up a variety of beliefs about football. Firstly, he strongly believes his side’s centre-backs must outnumber the opponent’s strikers, in order to create an overload in this area of the field. Therefore, if the opposition play with 2 strikers, Osorio will usually send out 3 centre-backs.

When Osorio fields a back-3, the left-sided centre-back must be left-footed. This is why the Colombian has called-up centre-backs like Yasser Corona and Oswaldo Alanis in the recent past.

Another tactical belief that Osorio has previously mentioned is having 6 tall players in the starting line-up, in order to be able to deal with opponents that are a threat at set-pieces. This thought has led to Osorio starting tall players out of position in the past, for example, Raúl Jiménez at right-wing.

But the most famous of Osorio’s beliefs that he rigidly sticks to has to be rotations. This viewpoint was developed during the Colombian’s time in Europe, with “his affinity for player rotation” solidified after a talk with Alex Ferguson.

The rotation policy has frustrated many fans of El Tri, who would like to see Mexico’s strongest possible side play in every game.

It appears at times that Osorio, in his eagerness to learn from others in order to become a top coach, has taken his education too literally, and failed to question or adapt what he’s been told. Now, he follows certain beliefs too strictly.

There are few ‘one size fits all’ solutions in football, and most ideas must be adapted to your players, environment and schedule. Copying what has worked for another manager in a different situation doesn’t guarantee success.

For example, rotation is necessary in European club football, and Ferguson’s rotations helped him to win 13 Premier League titles, but is it required in international football? With the exception of major tournaments, international teams only play two games at once.

The most surprising of Osorio’s rotations was the use of 3 different goalkeepers during the group stage of the Copa América centenario. This was done to appropriate the goalkeeper’s strengths and weaknesses to the strengths of the opposition. A fine theory, but one that has negative impacts.

Constantly switching keepers prevents defences from getting used to playing with each other, which can reduce their performance. Understanding between defenders is a key factor in determining how well a defence performs.

The need to play a left-footed defender on the left side of a back-3 may also negatively impacted Mexico performances. Again, the theory makes sense, but  a superior quality right-footed defender may do a better job. Osorio’s selections of Yasser Corona and Oswaldo Alanis (who was called-up earlier this season at a time when he was yet to play for Chivas) were highly questionable.

Furthermore, Osorio has adopted the 3-3-3-1 formation in the past. This system is believed by the likes of Bielsa and Pep Guardiola to help generate numerical advantage and therefore ‘overloads’ across the pitch. However, it requires a very high level of tactical knowledge from the squad to be able to pull it off effectively. In particular, players need to know who deals with opposing wide players in various situations.

Osorio has thrust this tactic on his Mexico side in the past, perhaps without regard for how much training time they’ve had to work on the system. Time on the training pitch is, of course, limited in international football. The result has seen Mexico struggle to deal with wide players during games against Jamaica and New Zealand. 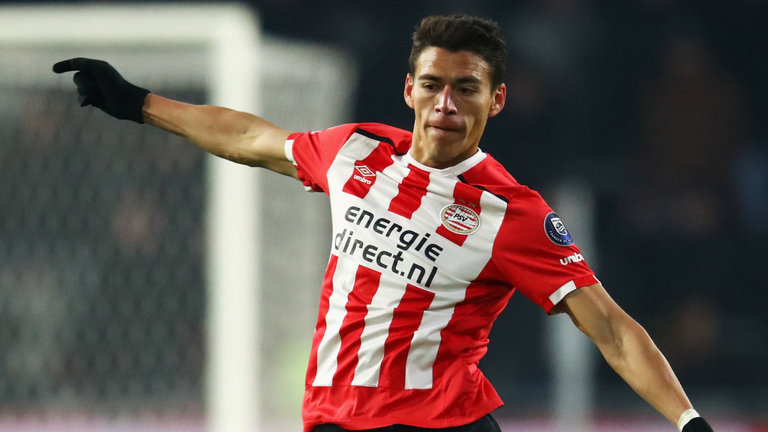 After Héctor Moreno, Mexico are short of left-footed centre-backs

From playing 3-at-the-back against 2 strikers to rotaciones, Juan Carlos Osorio has evidently learnt plenty about the beautiful game during his footballing education across the globe. This is by no means a bad thing.

The problem is that Osorio appears to have become too strictly bound to certain beliefs, and has failed to question parts of his learning. Right now, this is hurting the Mexico national team, as has been outlined in this article.

The ability to take theories and adapt them onto your team is the mark of a good coach, and requires an inquisitive and analytical mind. So far, Juan Carlos Osorio hasn’t displayed that he has this mindset, and despite his clear desire to become one, Osorio hasn’t proven himself as a top coach during his time with Mexico.