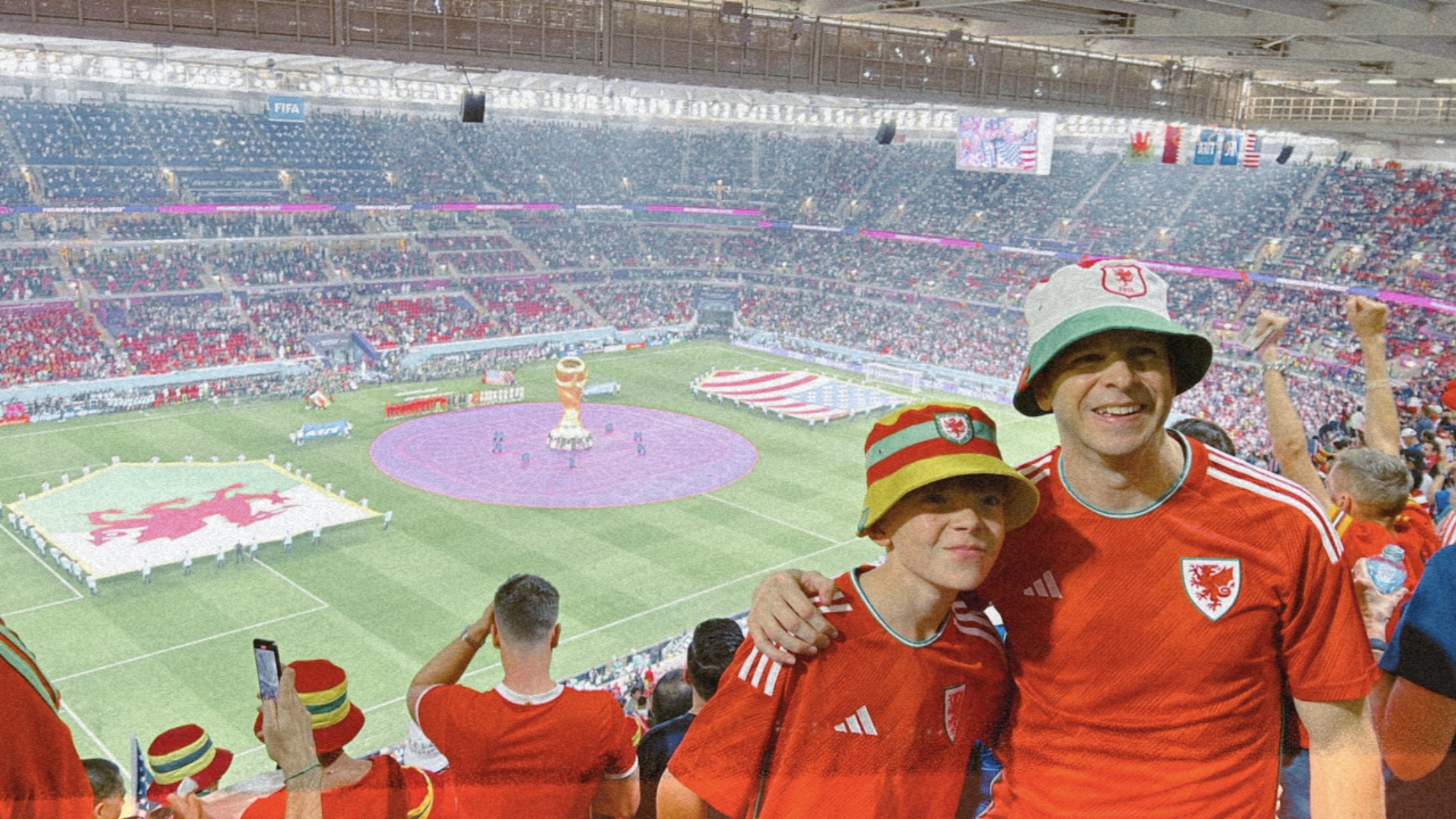 I should be sleeping but I can’t.

The lead up to big Mexico games have a way of unlocking every odd feeling I didn’t know was possible. I get caught up. I lose all sense of time (the jetlag probably has something to do with it pero meh).

Anyway, I’ll get back to my general feelings about Mexico later. For now, I need to rewind a bit.

I spent most of Sunday preoccupied with the nuances surrounding this World Cup and I thank you all for indulging those thoughts. Your messages were very appreciative and I’m always humbled when my words resonate with people.

And while those nuances I spoke of still exist around me no matter where I travel to around this city and we should still take note of any of those nuances when they come to light, I will admit it was nice to get wrapped up primarily in the soccer on Monday.

I met up with fellow Mexico fans early in the day for the Banderazo at the Katara Cultural Center and was reminded that when at our best, Mexican harmony in all its joy and banter really is a beautiful thing to witness no matter where we are but especially when it’s at a World Cup.

Then it was off to the match between USA and Wales – two teams that were finally making their return to the global stage. My last World Cup was spent traveling from match to match for Mexico’s group stage run but given this tournament is in one designated city, the travel doesn’t consume half of your time, so I’m free to go to more games this time around.

Being a neutral party during such an important moment provided me with a refreshing perspective on the significance of this sport. Enjoying Futbol for the sake of Futbol – as I watched the match then the American fans as Weah scored and then the Welsh fans as Gareth Bale broke a 64-year drought – gives you reason to believe.

A man and his son (who I regrettably did not manage to catch the names of) sat in front of me during the match. Decked out in Wales gear, the man shared how elated he was to be sharing his first World Cup alongside his child. And that more than anything else, he was happy to be there – the first World Cup for both.

But as the game went on, and as the USMNT took the lead in the first half, his posture began to change. Sure, it was good to get to this World Cup but wouldn’t it be better if something magical happened? Just this once…

Around the 75th minute, people began to walk out to the stadium, a physical reminder of the clock winding down. As they did I told him, “There’s still time. You guys just might be able to level it.”

He shrugged in a way that was still hopeful but thankful I was the one making the naive claims. And when the Bale was awarded the penalty, and everyone waited to see if that ball would hit the back of the net, I thought of Mexico.

Four years ago Mexico shook the earth celebrating a goal no one expected.