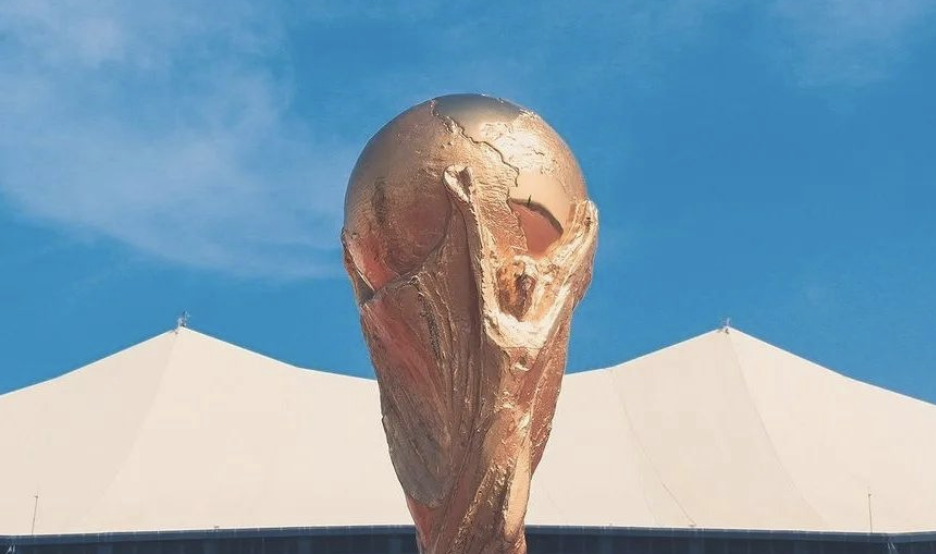 I’ll be heading out to cover my second men’s World Cup on Friday. It’s hard to believe sometimes that this single mom of two has been able to accomplish so much since I first became pregnant at 19-years-old as a lowly journalism major. Pero se logró.

I bring up my young pregnancies well…

1) because I can and I’ve learned to turn my perceived burden into triumph over the years but 2) because I’m not one to be foreign to the idea of stigma.

Where it comes from and what it creates.

The fact of the matter is there IS stigma surrounding this World Cup.

And let me be clear: it is absolutely justified.

This is unlike any World Cup I’ve ever experienced – from the timing in which it is happening to the atrocities that have allowed it to come together.

These realities aren’t lost on me, and I don’t think they are lost on a lot of people that will heading over there.

Now, that doesn’t mean everyone that the stigma has permeated onto is innocent. There are clear figures involved that are actively working to “stick to sports” throughout the month-long tournament. There are campaigns and tons of money involved in that singular objective.

That is an objective that exists and that I will exist around during my time abroad.

This isn’t about redirecting for the sake of ‘whataboutism’ but our everyday lives consist of us actively existing around situations that are beyond our control in the respective places we live in. And what we do as we exist in our everyday lives dictate who we are. Sports have a way of convoluting these complexities even more.

With all that being said, I have a job I have to do covering the Mexican National Team during their time in a World Cup. That will be the main objective as I head over there. But I am also someone who is passionate about soccer and journalism.

It is with that passion that I say that I will do what I can to allow fans to feel happiness supporting their national teams – to be experiencing a global game – while making sure I am not dismissive of what will be taking place around me.

I will carry my friends, my family, and the many colleagues I greatly respect who chose not to travel to the tournament with me during my time over there.

I hope I do as right as one person can.