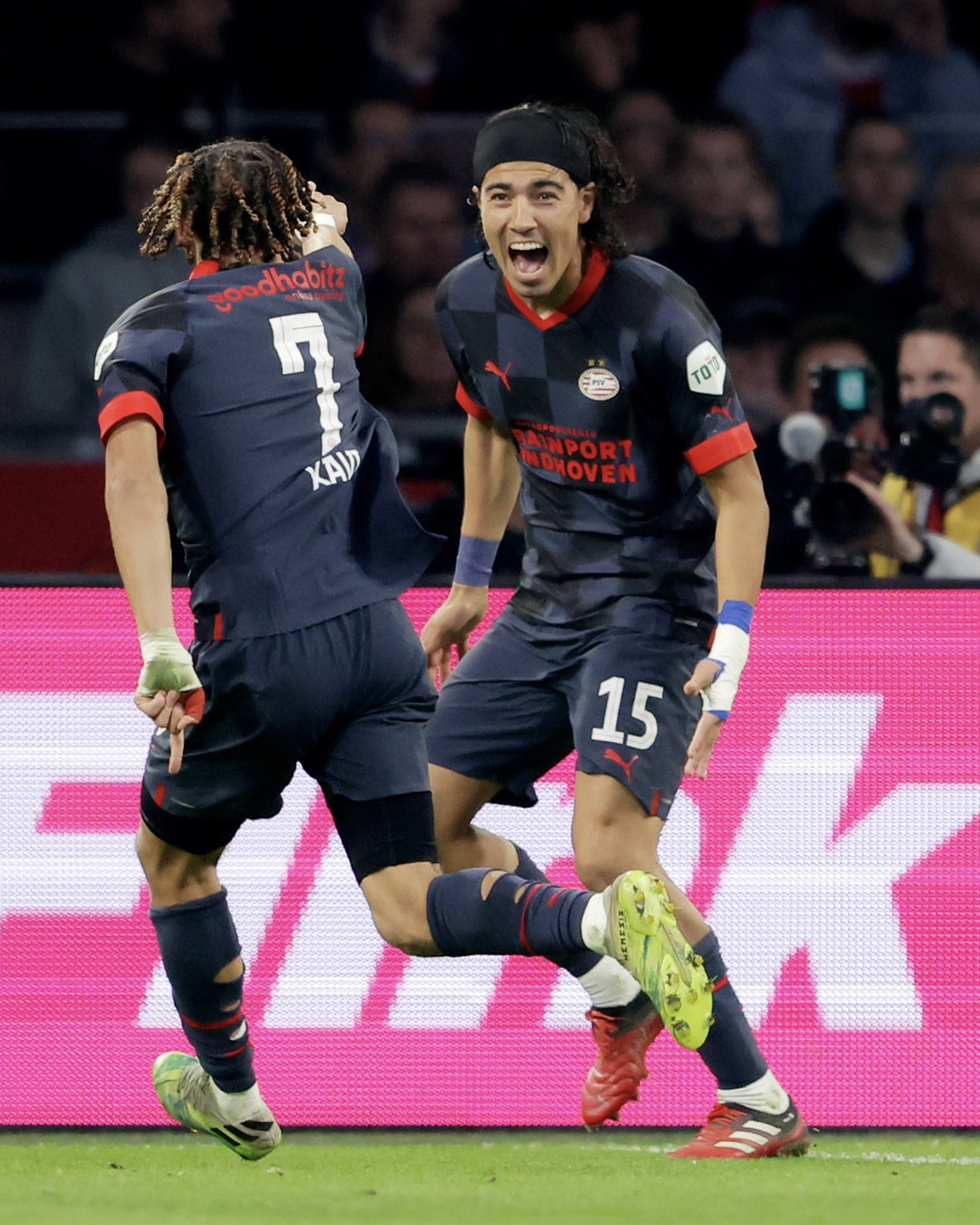 FutMexNation here to bring you an update on our extranjeros as three of them would go head to head for supremacy in the Eredivisie.

Erick Gutierrez had the best performance of his European career in his club’s victory against Ajax in De Topper. Erick would score the winning goal that handed Ajax their second loss of the season. With this victory PSV also jumped Ajax in the standings and are the new leaders in the Eredivisie. Apart from his goal Guti also had a well rounded match where he went the full 90 minutes and included a shot on target, winning eight duels, had an interception, had five tackles, completed three long passes, and had 27 precise passes along with a 81% passing accuracy. PSV have one more game left before the World Cup and if Guti continues with his tremendous form, he could secure a spot in the starting eleven for the national team.

Unfortunately, Edson Alvarez was on the losing side and ended the game a little heated after Andre Ramahlo celebrated PSV’s victory in his face. Apart from the extracurricular antics, Edson had another solid game in Ajax’s midfield. He had 69 precise passes along with a 81% passing accuracy, he had three key passes, completed two long balls, had three shots on target, two shots off target, won ten duels, had a clearance, had an interception, and two tackles. While Ajax did not achieve the result they were looking for, Edson did not shy away from the big moment and his presence in Ajax’s midfield continued to be huge.

Meanwhile, Jorge Sanchez also got the start in De Topper and had a well-rounded game. He too would go the full 90 minutes and has slowly started to become Ajax’s go-to right back. Jorge would go on to have a clearance, an interception, three tackles, a key pass, an accurate cross, won seven duels, attempted two dribbles, and had 27 precise passes along with a 84% passing accuracy. However, Sanchez was criticized heavily in this game for his lack of aggressiveness in the buildup to PSV’s first goal. He continues to adapt to the playing level in Europe and with time hopefully he will become a fundamental piece to Ajax’s back line.

Real Betis 1 – 1 Sevilla ( Andrés Guardado played 32 minutes in Betis draw. He had three precise passes along with a 37% passing accuracy, he also won three duels, had  a clearance, had a shot blocked, and a tackle. Betis currently sits in 4th place with 24 points. )

Asteras Tripolis 1 – 1 AEK Athens F.C ( Orbelin Pineda played 45 minutes in his club’s draw. He had two key passes, completed three long balls, and had 26 precise passes along with a 74% passing accuracy. With this draw Athens are in second place with 25 points. )

S.C Braga 0 – 1 Casa Pia ( Diego Lainez did not feature in the match and watched his club’s defeat from the bench)

FC Volendam 0 – 2 Feyenoord ( Santiago Gimenez played 19 minutes in his club’s victory. He had a productive 19 minutes as he had a shot on target, two shots off target, missed a big occasion, had a key pass and had two precise passes along with a 100% passing accuracy. )

Atalanta 1 – 2 Napoli ( Hirving ‘Chucky’ Lozano played 64 minutes in his team’s hard fought victory. He would have 15 precise passes along with a 88% passing accuracy, he won three duels, was fouled three times, and had a clearance. With this win Napoli have a six point lead in Serie A.)

Salernitana 2 – 2 U.S Cremonese ( Johan Vasquez did not feature in the match and watched his club’s draw from the bench)

Genk 4 – 1 Charleroi ( Gerardo Arteaga played the full 90 minutes in his team’s win. He would go on to have two interceptions, an accuracy center, complete three long balls, won a duel, and had 41 precise passes with an 85% passing accuracy. Genk have now extended their lead to 9 points in the Belgian Pro League and are inching close to a title barring a total collapse.)

Mexicans Abroad: Another Weekend of Convincing Performances
To Top