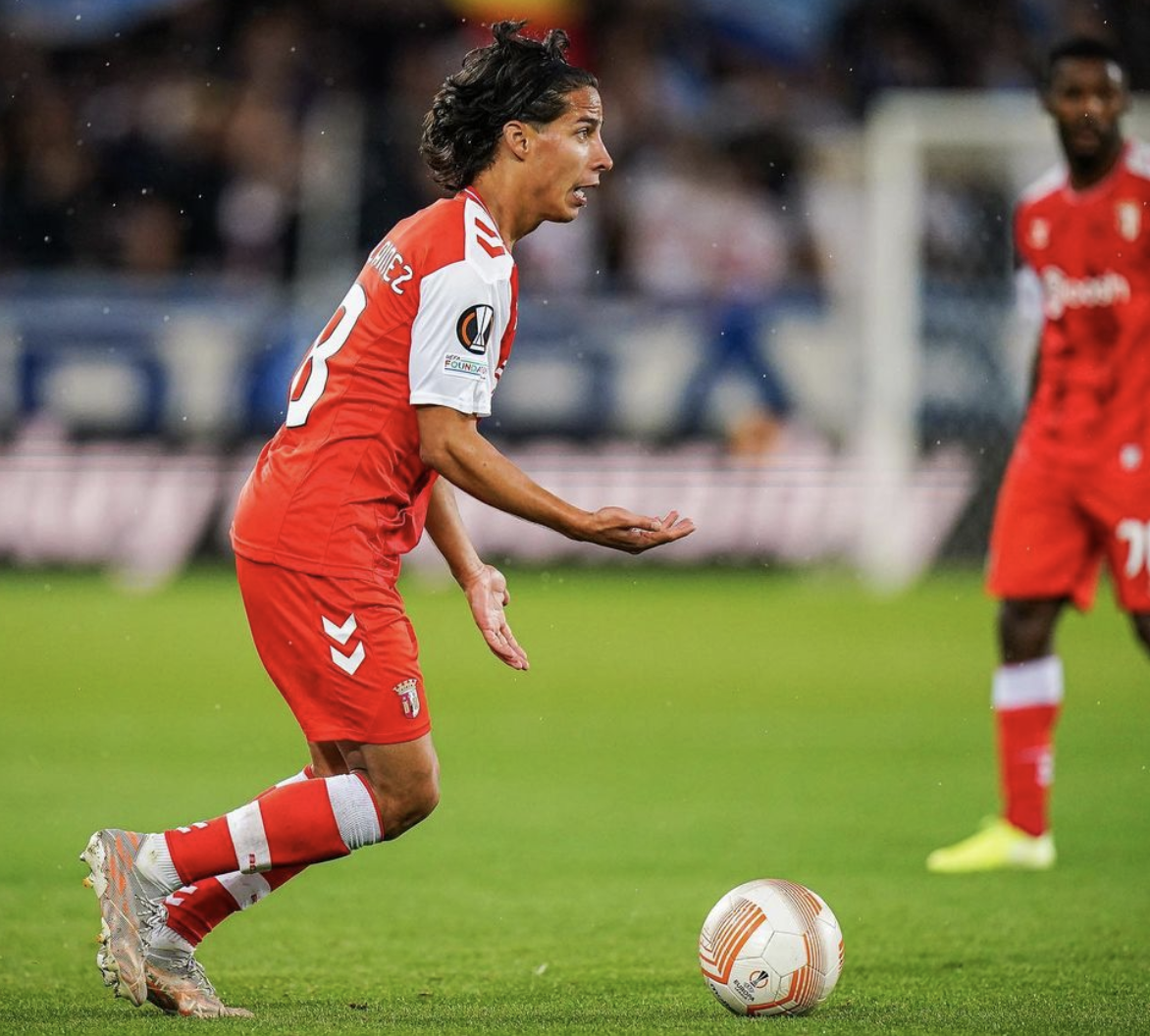 Diego Lainez continues to enjoy his move to the Primiera League and he has shown that he can be a high caliber player when he sees action on the field. While he hasn’t become a full blown starter he has done a good job of taking advantage of the minutes he has played. He would be a crucial piece in Braga’s 2-0 victory against Vizela. The Mexican would enter in the 71st minute for Andre Horta and secured an assist for the game’s first goal in the 83rd minute and helped break the deadlock that Braga found themselves in. This is Lainez’s second assist of the season. With this win S.C Braga are in second place with 19 points and trail league leaders Benfica by two points. Lainez has been able to adapt quickly to the Portuguese League and if he can continue having good performances he has an opportunity to become a starter.

AZ Alkmaar 2 – 1 Ajax ( Edson Alvarez played 90 minutes in his club’s defeat. In those 90 minutes he had 57 precise passes along with a 85% passing accuracy. He would also have two key passes, won nine duels, had eight clearances, and an interception. Meanwhile Jorge Sanchez was not included in the squad as he picked up an injury to his knee. This would be Ajax’s first loss in league competition and have dropped into second place.)

PSV 4 – 3 Feyenoord ( Santiago Gimenez played 34 minutes in his team’s loss. In those 34 minutes he had a shot off target, won two duels, and had two precise passes along with a 33% passing accuracy.  Feyenoord are currently third in the standings.)

U.S Cremonese 0 – 4 Lazio ( Johan Vasquez played 45 minutes in his club’s thrashing. He had an interception, won three duels, had a key pass, completed two dribbles, and had 22 precise passes along with a 81 % passing accuracy. Cremonese has yet to win a game this season and are 0-5-5. )

AC Milan 1 – 2 Napoli ( Hirving ‘Chucky Lozano’ did see any action in his team’s victory. With this victory Napoli lead the Serie A with 17 points.)

Wolves 0 – 3 Manchester City ( Raul Jimenez did not feature as the striker has picked up a groin / adductor injury. He will join the National team for their upcoming games but will not be able to see any action)

Real Betis 2 – 1 Girona ( Andres Guardado did not play in his club’s victory. Betis are currently in third place with 15 points.)

Genk 1 – 0 Gent ( Gerardo Arteaga played 90 minutes in his team’s victory, He would have a clearance, three interceptions, won four duels, had a key pass, had an accurate cross, completed a long ball, completed three dribbles, and also had 34 precise passes along with a 89% passing accuracy. With this win Genk sum 22 points and are in second place in the Belgian Pro League.)